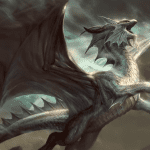 If you enjoy playing DnD as a Druid or a Wizard, you surely have heard of the level 9 transmutation spell shapechange. The best creatures for shapechange 5e depend on your situation, and the Dungeon Master his counters for you. Thanks to how versatile this magic is, the more creative you are, the better this spell will pan out.

In this guide, our expert DnD player Justin will discuss the overall best creatures when using shapechange in the 5th edition of Dungeons and Dragons. Let’s take a closer look! Of course, we don’t know what monsters you have seen in your adventure, so this is a general approximation.

A Planetar is my personal favorite best creature for shapechange 5e. First, if you are in combat and need to recover a bit, picking the Planetar is an excellent option. You get four uses of 6d8 + 3 for healing.

Moreover, if you shapechange into a Planetar, you have many exciting perks when fighting. First, you get very high stats, which helps you deal with considerable damage. Using a Planetar is very easy to use; you don’t need to know any unique mechanics as you do with Deva, and most of all, your CON save is fantastic. Thanks to that con save, your odds of not breaking concentration are pretty high, thus allowing you to continue to shapeshift into a monster.

If you want to run away from the fight, the Planetar is excellent. The mobility of a Planetar is just great to do whatever you want and get out. That is why I consider the Planetar the best creature for shapechange 5e.

Another fantastic and underestimated monster to shapechange in is the Balor. A Balor might not be the most amazing damage dealer in the world, but it has the power to move stuff around like nothing else.

A Balor can grapple, and there is no movement penalty when the target creature you are moving around is two sizes (or more) smaller than you. In addition, Balors are enormous creatures with a flying speed of 80 feet per turn, so this is a fantastic creature to shapechange into if you are looking for a mobile monster.

Another great perk the Balor has is that you can set up a crit using portent or hold person using your simulacrum. That way, you can carefully set up a triple damage critical hit against whatever poor thing you are fighting.

Can you even call yourself a Dungeons and Dragons fan if you aren’t considering changing yourself in a beholder at least once? There is a reason that a Beholder is one of the best creatures for shapechange in 5e DnD.

The Beholder has an antimagic cone. That antimagic cone is mighty at the latter levels of your campaign. Just point this cone at a lich and do a dash action to have them try and escape it. Whatever magic-user your Dungeon Master has up his sleeve all of a sudden is nothing but a bit of mass with hitpoints to bring down to zero. Of course, the power of this monster is a lot less when you are up against melee or ranging usings, but against an opponent that entirely relies on magic, there is nothing better than this hard counter.

Another fun monster to consider on this list of best creatures for shapechange 5e is the Devourer. This monster is impressive if you are creative or are fighting multiple opponents, and you just took one down.

Once an NPC is down (this can be an ally), you can take control of their body. You can access all their spells and abilities when you control that body. Thus, shapechanging into the strongest of the group or in an NPC that has access to certain areas can change your situation.

Have you ever considered to shapechange into a Deva? These creatures are a top pick to shapechange in for many DnD players for a reason. The Deva has many extraordinary abilities to choose from if you are in battle, both as a damage dealer and a supporting party member.

As a Deva, you have abilities like angelic weapons to fight with, have a powerful healing touch to heal with, and you can change shape. In addition, you can take another form when you are a Deva and still use your abilities as a Deva. So the ideal pick would be to become a Gloomweaver for the perfect synergy, or you can also choose to change into a Plantar!

Are you a creative player who isn’t that much into combat? Or do you enjoy striking at the opportune moment? Shapechanging in an invisible stalker is pretty fun if you want those things. While they are not the most proficient at combat, invisible stalkers can sneak around and follow targets undetected like no others.

Is there a noble you want to spy on and know more about his secrets? Wondering where that pirate is hiding his treasure? Are you looking for the bastard son of a king? Well, stalking them in this form will make you one of the best spies in the realm!

Note: do you enjoy monsters like this? Then check out our write-up about Astral Stalkers in 5e DnD.

If you have played Dungeons and Dragons until the ‘end-game,’ you know how powerful Mariliths can be and how much magic casters struggle with these monsters. Mariliths have a great counterattack to spellcasters due to their reactive trait.

If you have shapeshifted into a Marilith and have magic weapons, you should wield these. You get a surprising amount of 7 attacks per round, which comes down to around 93 damage per turn. That amount of damage can change the course of almost any battle even more if you have access to spells like holy weapon to buff the amount of damage you do per turn.

As a Marilith, you also have +10 con saves and many resistances against common damage types. If that is not enough, you also have a very high AC and access to parry (all of this on top of counterspells and considerable magic resistance.)

A Marilith also has excellent mobility. Thus, it is a great monster to take some hits, deal massive damage to a single target, and get out of there. Thanks to the +10 Con save, the odds of you breaking concentration are pretty low.

If you turn into a Sibriex, you get access to many exciting perks that can help you in a fight. For example, the Sibriex is one of the best creatures to shapeshift into when you need some extra help. In addition, you get three Feebleminds, which is an 8th-tier spell.

These Feebleminds are uncounterable, have an at-will charm person, and dispel magic spell that is also uncounterable. These perks can all come in handy regardless of your fight.

I wouldn’t say a Sibriex is the best creature to shapeshift in if you are in the fight of your life, but it isn’t a bad option. Thanks to this creature’s versatile nature, you can always find a creative solution to your problems.