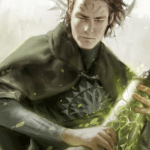 Bring out your inner farmer, solve hunger and creatively foil your DMs encounters. We are talking about Plant Growth 5e in today’s article. This spell is great for creative players and for those who enjoy the roleplaying aspect

Plant Growth channels vitality into Plants within a specific area. There are two possible uses for the spell, granting either immediate or long-term benefits.

If you cast Plant Growth using 1 Action, choose a point within range. All normal Plants in a 100-foot radius centered on that point become thick and overgrown. A creature moving through the area must spend 4 feet of Movement for every 1 foot it moves.

You can exclude one or more areas of any size within the spell’s area from being affected.

If you cast this spell over 8 hours, you enrich the land. All Plants in a half-mile radius centered on a point within range become enriched for 1 year. The Plants yield twice the normal amount of food when harvested.

Plant Growth 5e, through either, means that it is cast, can be useful for both inside and outside of combat encounters, and could even be used as a solution in a passive problem, such as a failed crop harvest or a criminal attempting to get away from a crime scene the party happens to stumble across.

However, this does mean that one-half of the spell is mostly useless, as the second half of the spell not only takes a little over a quarter of a day to cast but also does nothing to assist in a combat situation.

Thankfully, Plant Growth, regardless of which casting of it you choose, does not cost any physical materials to use; just a verbal and movement-based component is required for the spell to be cast and utilized however the caster wishes to do so.

This spell, in either form of the spells abilities, doesn’t do any damage on its own, which to some players could be a waste of a spell slot, especially if they are wanting to build their spellcaster around pure damage-based spells rather than passive spells such as this.

There are a variety of uses that can be done with the spell’s abilities, though each one has its primary use, which will be discussed in this section.

For the first half of the spell, the best possible use for it is to slow down an enemy or a person of interest to a crawl. Thanks also to the large radius of the first spell’s effect of 100 feet from wherever the caster chooses within range, this means that it can be used to assist with crowd control, or just create artificial chokepoints for enemies to have to go through to go around the magically made terrain that was made in front of them.

It can also be cast directly underneath them, making them easier targets for anyone within melee range of them, or for any spells that work with Area of Effect Damage attacks, which makes fights much easier. As for the second half, this also has its fair share of uses, outside of the described capabilities of the spell.

The spell can be used to form a bridge for the party to get across a gap where the said infrastructure either is in a state of disrepair too bad to be useable by anyone or simply doesn’t exist.

It can also be used in preparation for an enemy attack by creating thick barriers with the plant life that forces the opposing force to go in a different direction, similar to the first part of the spell. In fact, both parts can work in tandem like this, as the enemies could be blocked off on one side, and forced to move through a part of difficult terrain that would slow down their advance to 1/4th of what it would have been without it being there in the first place.

Reading tip: also check out Protection From Energy if you want to have an even better preperation against enemies.

My advice for this spell is to use it more defensively than offensively since it doesn’t seem to damage enemies on its own. Use it in conjunction with other spells that do damage, cantrips especially, as to not only control where the enemy goes and how fast they are able to move towards their intended destination.

You can also harass them with pure damage-based spells that on their own do not do much damage but can really stack on the pain as it is used more and more.

Warlocks who spec into The Archfey as their patron can benefit from this the most, as by taking Eldritch Sight as one of the Invocations, which increases the range of Eldritch Blast to 300 ft, can constantly launch these attacks at them while keeping a hold of their very limited number of spell slots without wasting too many of them to be able to punish their enemies.

What does “Special” for the Casting Time actually mean?

The word “Special” listed in Casting Time is described in Plant Growth’s description, but it means that the actual time it takes to cast the spell varies depending on the use of the spell. For the first half, it only takes a single action, or 6 seconds, to be able to use the spell. As for the Second Half, it takes a whopping 8 hours to be able to cast it, before being able to actually make use of its abilities as described or as how the DM allows it to be utilized.

In my personal opinion, I would say that the spell does indeed control Fungi, as they are technically plant life, and can be used similarly to vines or other plants would in some of the uses described above. Fungi, if the Dungeon master allows it, could also be used to let out poisonous spores that could do poison damage, or at the very least cause them to be unable to see for a certain distance either through the similar effect of Darkness or Dust Devil, or adding the Blinded effect to any of the affected enemies for a set amount of rounds.

There is actually no official duration limit on how long the spell lasts. It is technically an indefinite effect, and with no save that is required to keep it going via concentration, this means that a player using this spell can have permanent fortifications around a certain location, or a permanent fix/repair of decaying infrastructure.