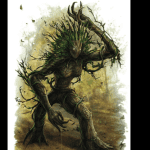 When you are adventuring, odds are you want to get a hug against being lonely. With Hold monster 5e, you can force a target to do that. No more rejection for you bards! In this article, we will go in-depth concerning the mechanics and best uses of this 5th-level enchantment.

With over 35 years of combined DnD experience, our expert will guide you through using this spell to its full potential and give you insights on using hold monster like a veteran RPG player.

At the end of each turn, the target needs to make another WIS throw. If it succeeds the throw, the spell has ended.

Note: The spell does not affect the undead! So if a lich casts animate dead, it won’t affect the skeletons and zombies.

If a creature is under the control of Hold Monster, it is paralyzed. When a target is paralyzed, a melee hit will always be critical. For a wizard, that does not mean much, but if you have a Paladin or Rogue in your party or a Druid with Circle of the Moon and Guardian of Nature, you can deal severe damage.

Getting a paralyze off is hard, but if you have one or more party members who can deal severe damage with a critical hit, using hold monster might be worth the risk. Also, ensure you have team members capable of doing severe crit damage.

While most bosses will make the WIS save, there are times you are just fortunate or are fighting a boss with an abysmal wisdom stat. So if you encounter a boss and want to try out this spell, you might be rewarded by getting a serious advantage right at the start of the battle.

Unfortunately, the boss has a chance to escape every time it is their turn. So realistically, if you succeed in casting hold monster on a boss in 5e, you will only be able to keep it paralyzed for a single turn.

Escaping is an art in Dungeons and Dragons. We have briefly touched on this in the guide about Cloud of Daggers: there is no shame in the running. Being able to (briefly) paralyze an opponent with magic might just allow you to make a run for it.

Do not rely on Hold Monster as your escape strategy, but at most as a plan B. There are a lot of monsters in 5e DnD like the Peryton, which have a high WIS stat, making their saves more than often successful.

If you want to abduct an NPC in DnD, you might consider using this enchantment to make it easy and reduce the chance of him getting away or drawing attention. Thanks to the far range, you can start with the hold monster from quite the distance. Then, if it fails, you can just disappear and hide before you get caught.

When to use hold person vs. hold monster 5e?

Hold Monster has a wider range of targets; it works on any creature except the undead. Hold person, on the other hand, only works on humanoids. The conditions for the spell working are the same; however, Hold person is available at level 3 while hold monster is only available starting from level 5 onwards.

What level do I have to be to cast hold monster 5e?

This is a 5th-level enchantment. So you need to have a 5th-level spell slot open to be able to cast this spell. A good alternative for this spell would be Hold Person. This enchantment is available two levels earlier and can be put in a level 3 slot.

What class can learn hold monster?

Four different classes can use this level 5 enchantment. These classes are the Bard, Sorcerer, Warlock, and Wizard. However, the class that gets the most benefit from the Hold Monster spell, in our opinion, is the Bard. The reason is that it is an excellent assist spell to help your melee fighters deal severe damage.

Level 5 slots are valuable in DnD 5e. If you are a wizard, sorcerer, or warlock, there are many powerful options to choose from. Bards have fewer options, but there is still quite a bit of competition for the level 5 slot.

The most significant drawback of the Hold Monster spell is that it forces a WIS saving code. There are a ton of monsters with a high Wisdom stat and even more bosses with many points in WIS. The odds that the target will do a successful save is pretty high, so while you can change the course of battle with a successful spell, it isn’t a good idea to rely on it.

Having both Hold Person and Hold Monster is a bit of an overkill and wastes too many slots. So, if you would pick one of the two, choose wisely or don’t pick one!