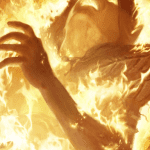 In the 5th edition of Dungeons & Dragons, Ignan is a language that many creatures with the fire subtype can speak. Creatures such as fire snakes, fire elementals, and salamanders. That is so because Ignan is the language of the elemental plane of fire. It is a spoken language, and it shares many similarities with Common.

The language has many dialects, but they are all mutually intelligible. Some dialects have more in common with other languages than others do. For example, some Ignan speakers speak a dialect that sounds like Elven to those who speak Ignan from other regions.

This article will give you some insight on how to understand what your character or encounters are saying in Ignan during gameplay.

In 5e, Ignan is the language spoken by those from the Elemental plane of Fire, like the Fire-Snake. It is one of the four elemental dialects that make up the primordial language in Dungeons and Dragons.

The other tongues that are part of primordial are Aquan, Auran, and Terran, spoken respectively by those of the water, air, and elemental earth plain. When a creature speaks ignan, speakers of the other three dialects can understand him or her. Visa-versa is also true.

Ignan speakers’ sound when speaking the tongue has been described as hissing. It is like the sound of steam escaping when the water has become boiling and has trouble running the container. Others say it is similar to the sound air and other gasses make when escaping lava vents.

Next to the hissing sounds, there is also a lot of clicking involved in the language. This clicking closely resembles the sound wet woods make when it is thrown into a fire. This fact is unsurprising since it is the tongue that fire-like and fire-based creatures speak.

What creatures speak Ignan in 5e

In the Forgotten Realms campaign setting, Ignan is the language of fire creatures and fire-related magic. The most notable creature that speaks Ignan is the fire snake, a large red serpent with a body made of living flame, but there are a couple of other interesting beasts and beings that are proficient in this tongue.

The elemental Ganassi is the primary user of the primordial dialects. The Firesoul Ganassi speak Ignan in 5e. They are known as the plane touched humans who have merged with the elements’ soul, power, and essence. There are Ganassi for each of the elements, including water, air, and earth.

The Efreet is a type of fire genie with spectacular magical powers. They are almost as tall as a giant. On average, they are 12 feet or 3.7 meters, and they weigh nearly 2000 pounds – 910 kg. They look very similar to devils or extremely buff imps. Efreet are thought of to be quite intelligent.

Elemental Archons, also known as the Elemental Myrmidons, are a group of elemental creatures which speak primordial languages. Ignan is one of those, and thus the fire Archons can say it. These monsters were first seen in 4e and 5e DnD and are relatively new in the game. Try these out for your next campaign! You won’t regret it.

Fire Snakes are well-known users of the Ignan speech. They are beginner monsters, so if you want to introduce the language in a new campaign, these fire-based creatures are perfect for this. I have written a comprehensive guide on fire snakes and how to use them as a DM and fight them as a player.

These monsters and beings are the most essential part of quite a long list. There are a lot of creatures in the world of DnD 5e that have this speech as their mother tongue. Ignan is also often spoken as a secondary language next to common.

Languages in Dungeons and Dragons are often intentionally vague. There are no real vocabulary lists to follow, or books or passages written in obscure languages like primordial and all its dialects.

To make the tongue of fire fun and exciting, your Dungeon Master will have to do their best to come up with a good story and find some good audio of hissing and cracking volcanos!