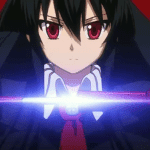 With anime getting the primary source of entertainment for geeks all over the world, it is not surprising that the industry is trying to adapt all sorts of trends and concepts to accommodate their audience effectively, and portraying powerful female lead characters is a part of their effort.

The way anime does justice to these female leads is admirable, as they are featured no less than the male leads; in fact, some people find the female leads more inspiring.

Today, I have handpicked the best anime with powerful female leads. With that being said, let’s witness these badass ladies conquering their respective worlds.

Ergo Proxy is a sci-fi mystery anime that features a dystopian future where people seek assistance from humanoid robots to survive.

Re-L Mayer is a teenage girl working as an inspector in Romdo to uncover the mystery behind the strange Cogito Virus that grants self-awareness to humanoid robots called AutoReivs. She has a stiff yet rational personality that makes her a reliable partner in all circumstances.

Although Re-L Mayer doesn’t possess any special abilities, she is an expert in gun handling. Through a series of events, She meets Vincent Law, who turns out to be an AutoReivs specialist. Together, they embark on a journey to discover the dark truth behind humanity’s doom.

Ergo Proxy is a complete, bumpy ride of a story around a physiological thriller. It has some complex events that are not easy to follow, but it still has an intriguing storyline with a female lead who is relaxed and badass.

Claymore is a dark fantasy anime set in the middle ages about a young girl who seeks vengeance on the demons called Youma, that robbed her of everything. This anime has a powerful female lead which you will certainly love.

Clare is a young girl who intentionally becomes a hybrid Youma called Claymore to destroy demons lurking within the society. She comes off as a fierce warrior dedicated to killing monsters at all costs.

She travels the lands in search of a specific demon known as Priscilla. During her journey, Clare meets Raki, an ordinary guy who lost his family in a tragic demon assault. Eventually, Raki joins her quest, and they start traveling together as the fate of humanity rests on them.

Claymore offers an action-packed storyline with a powerful female lead who doesn’t give in to her fate and decides to struggle till the end. Despite being part of the saturated shonen genre, this anime managed to stand out in a good way.

Canaan is a supernatural action anime that features a world filled with terrorists and organizations that continue to dominate the world through the use of power.

Canaan is a 20-years old girl with short-length white hair and a muscular physique. She works as a mercenary agent tasked with assassinating multiple targets in Shanghai. Canaan is pretty carefree around her friends, but she goes into badass mode during missions.

Being a trained mercenary, Canan is an expert in combat and can bring out the full potential of her combined senses. She tries to prevent more tragedies from occurring with her companions, despite having a traumatic history that still haunts her.

Canaan is famous for featuring a cold female assassin who holds command over supernatural abilities. The story itself is simple and easy to follow, but the connection between characters is a bit lousy, which is a significant drawback of this anime with a strong female lead.

The Twelve Kingdoms is an action-adventure anime that follows the story of an ordinary girl who suddenly finds herself reincarnated/transported in a fantasy world and struggles to overcome challenges coming her way.

Youko Nakajima is your ordinary high school student who fails to make friends because of her unusual red hair. Despite being used all the time, she still tries to take everything positively. One day, a man named Keiki appears out of nowhere and requests Youko to take the throne of his Kingdom as the rightful ruler.

She travels to this fantasy world through a series of events but gets separated from Keiki. Youko must take each step with caution, as a single mistake can lead to her downfall.

The Twelve Kingdoms has an admirable fantasy world combined with a solid storyline that fully fleshes out the main cast of characters. The development of Youko from a typical nobody to a graceful female lead is just unique.

Kill La Kill is an action-comedy anime that primarily focuses on a young girl as she explores the world while searching for the whereabouts of her father’s killer.

Ryuuko Matoi is a teenage girl with a stubborn personality who likes to settle things through fights. Her peaceful world shatters when a mysterious person kills her father to steal a part of his ultimate invention called the Scissor Blade.

Later, Ryuuko transfers to the prestigious Honnouji Academy, where an elite council holds supreme power and authority. Her first effort to get answers from the council’s chairperson goes somewhat offbeat as she is beaten to a pulp by a nobleman. Ryuuko must train her mind and body to get close to her father’s killer.

Kill La Kill features a crazy storyline filled with next-level fanservice, which is the reason behind its popularity. The fight sequences are dramatic and comedic at the same time.

5. Darling in the Franxx

Set in a dystopian future where humanity lives in giant dorm-like cities called Plantations. Teenagers are grouped in pairs to pilot mechas called Franxx to fight off the monsters known as Klaxosaurs.

Zero Two is an elite soldier fighting on the frontlines with her personal Franxx called Strelizia. She has a ruthless personality with a stay-away aura. Zero Two meets Hiro, a guy who failed to pilot Franxx because of compatibility issues.

Surprisingly, Hiro managed to pilot Franxx with Zero Two, much to his surprise. They may not realize it yet, but their fateful encounter will soon change the world for better or worse.

Darling in the Franxx is a series that is likely to overwhelm you emotionally with its unique premise, lovable characters, and a tragic romance story. The anime has a powerful female lead and a unique setting.

Serial Experiment Lain is a sci-fi mystery anime that follows the story of a teenage girl who finds herself standing at the boundary of the physical and cyber world and her struggle to maintain her sanity after going through several bizarre and horrifying events.

Lain Iwakura is a 14-years old girl studying in middle school. She comes off as an introvert who likes to maintain social distance even from her classmates. Things go super scary for her when she gets a mail from her class fellow who recently committed suicide.

After opening the mail, Lain finds herself in a cyber world called The Wired. Lain must keep her composure and navigate a way back to her old world in this gripping story with a a strong female main character.

Serial Experiment Lain is a masterpiece from the 19th century that still provokes people with its intense storyline and captivating characters that give us chills throughout the anime.

The Beast Player Erin is a fantasy slice of life anime that features a world where beast people and humans live in harmony, but the growing tension between rival tribes of beast people might harm the fragile peace between both races. This underrated anime has a powerful female lead.

Erin is a 10-years old cute girl living in the small yet beautiful rural area called Aki. She has a calm and mature personality, enabling her to help people around her. However, through a series of events, Erin’s mother is sentenced to death by the cruel lord of the village.

She rushes to save her mother, only to fall in the river that takes her to the neighboring province. With this situation in place, Erin must come to terms with his reality, or her tragic fate will consume her.

The Beast Player Erin is an authentic tribute to the power of creativity that rewrites the lore and law of the fantasy genre, and everyone should explore it for its enchanting places, mystic denizens, and spectacular narrative.

Akame ga Kill is a dark fantasy anime that follows the story of a young guy who decides to leave his village to make a change in the world, but soon he faces the tragedy lurking within the so-called Holy Empire.

Tatsumi is a cheerful guy with a strong physique and skills in swordsmanship. To support his poor village, he embarks on a journey to become a knight in the Empire. However, he soon learns the shocking truth that the Empire is the root of evil and corruption.

He meets Akame, a ruthless and robust assassin working in a revolutionary organization. Tatsumi gets inspired by her and joins the organization to end the corrupt nobles of the Empire.

Akame ga Kill is a tragic story that features the struggle of these youngsters to make the world a better place. The characters are memorable and robust, especially Akame, the perfect embodiment of a powerful female lead. The anime also briefly features an adventures guild.

Black Lagoon is an action crime anime that features a world where crime is at peak level, and people use underhanded tactics to survive.

Rokurou Okajima is an ordinary businessman with a kind and caring personality. He sells illegal firearms to the mafia and gangs despite his apparent innocent demeanor. Through a series of events, he finds himself in a dire situation as he gets abducted by a mercenary group called Black Lagoon.

Betrayed by his employer, Rokurou decides to join this group as it is the only way to survive. He meets Revy, the ace fighter of Black Lagoon. She comes off as a sadistic girl who likes to blow up brains more than anything else. Rokurou must adapt to this new life as soon as possible.

Black Lagoon is an action-packed series with a bizarre premise that many viewers may find ridiculous. However, it does have some eccentric characters that will keep you entertained.

There you have it, 10 anime with a powerful female main character lead that you definitely won’t regret checking out! If you are looking for more fun recommendations, make sure you check out: