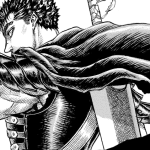 We are living in a world that is filled with otakus and weebs. People love to watch anime and read the manga, but did you guys know we can now hear the manga? Yes, we can do it through a manga audiobook.

An audiobook is a book converted into audio that we can listen to, and it is the coolest thing I have ever heard. Unfortunately, manga audiobooks are not widespread yet, and only a few mangas have audiobooks available.

Today, we’ll be discussing the top 10 manga that deserves an audiobook. These are the best mangas of all time, and if all of them get an audiobook, fans all around the world will go insane.

Vinland Saga is a fantastic historical manga that follows Thorfinn, who lost his father in a war. Thorfinn’s only desire since childhood was to take revenge, and when he was finally ready to do so, he challenged Askeladd, the man who murdered his father, to a duel.

Finally, the day is coming near when Thorfinn can turn his dream into a reality. To sharpen his fighting skills, he joins Askeladd’s group of hired soldiers. Still, he later becomes entangled in a situation that will determine who becomes the new king of England. I’d love to see Thorfinn slaying Askeladd’s head since it’ll be a fascinating thing to watch.

Having an audiobook for such a manga would be fantastic, and I cannot wait to get one.

Blue Lock is a sports manga that will turn you into a football lover and make you want to play the game after reading it.

Japan is trying to grow into a good team but is failing horribly. They couldn’t even come close to winning the World Cup, no matter how hard they tried. The Japanese Football Federation realized this and created a program to help aspiring players lead their country to victory.

Isagi Yoichi, our MC, was invited to participate in this program. Naturally, he was excited to be a part of this training, but what happened next caught him by surprise.

Ego Jinpachi, the program’s coach, was so strict that he imprisoned 300 men in Blue Lock and started training them to become the best players in the world.

Hunter x Hunter is a shounen anime famous for its adventurous and action themes. It is set in a world where Hunters exist to perform hazardous jobs such as capturing criminals and searching boldly for lost treasures in unfamiliar places.

The manga revolves around Gon Freecss, a 12-year-old boy ready to become the best Hunter to locate his father, who abandoned him as a child. However, Gon quickly finds that the route to his goals is much more complicated than he could have imagined.

His aunt always opposed his wish to take on the hunter examinations and stopped him; she imposed a condition: capture “Master of Swamp,” the biggest fish of the sea, and she would allow him to take the hunter exams.

To everyone’s surprise, Gon managed to capture that fish and started his new journey of becoming a hunter.

This list would be incomplete without a fantastic rom-com manga, so let me introduce you to Grand Blue.

Grand Blue follows Iori Kitahara, a university freshman who has recently moved to his uncle’s Scuba Diving Shop. He expected to see gorgeous girls in this place, but all he found were some drunkards who pushed him to join them in their drunkenness.

He never desired to have a company like this, but the damage has been done, and now he is again looking forward to his university life. So what adventures await him ahead?

The comedic aspects of this manga can easily brighten anyone’s mood. Therefore an audiobook for Grand Blue will be a joy for everyone.

Jujutsu Kaisen is a fantasy/action manga with a plot that will leave you speechless.

This manga follows the story of Itadori Yuuji, a high school student known as the Monster due to his incredible power. He swallowed Sakuna’s finger one day, which gave him even more extraordinary abilities.

Everyone in the anime was searching for Sakuna’s body parts, but our protagonist ate his finger like it was nothing. You may be wondering who this Sakuna is and why everyone is so obsessed with him, so let me explain: Sakuna is a legendary demon whose body parts can provide you with extraordinary powers and abilities.

What will happen if someone collects all of Sakuna’s body parts? Jujutsu Kaisen is a little different from your everyday read so getting an audiobook for this manga is necessary, or fans will be disappointed.

Chainsaw Man is an action-packed shounen manga with supernatural elements. This manga depicts how people take advantage of the poor.

This anime is set in a society where humans and monsters coexist. The main story is about Denji, a poor man who barely scraps by. Denji was forced to work as a Devil Hunter to pay off his debts. He even had a devil companion named Pochita by his side, but things got too exciting after a while.

Denji was killed by a demon while fighting, and then something unexpected happened. His body was shattered, but instead of surrendering, he merged with Pochita and became the most potent Devil Hunter.

This manga also has horror aspects, so having an audiobook for Chainsaw Man would be fantastic.

Tokyo Revengers is an award-winning manga that made everyone its fan because of its marvelous time-travel theme.

This anime tells the sorrowful story of Takemichi Hanagaki, who is now living in sorrow despite having a happy childhood. He now has a boring life in which he suffers from the same pain every day. The Tokyo Manji Gang killed his brother and girlfriend to add more fuel to his burning life.

One day he got hit by a train, but luckily he was transported back in time. He’s gained the ability to travel back and forth between the past and the future, and he has decided to utilize it to save her girlfriend from the Tokyo Manji Gang.

Can he save her and change the timeline at the same time? I’m not sure, but I’m sure this manga will be fascinating.

One Piece is the most famous manga that never ceases to amaze everyone with its adventurous theme.

The story of One Piece starts when Gol D. Roger, also known as the Pirate King, was sentenced to death by the authorities, and as his final words, Gol D declared that a treasure known as One Piece was hidden deep within the oceans.

This statement created a lot of buzzes, and many crews set out to find the treasure. A young man named Monkey D. Luffy was among them. So our MC set off on his quest to become the new Pirate King and find the treasure known as One-Piece with a straw hat on his head and a little boat.

Can you imagine going on a run and listening to a One-Piece audiobook? That would be a dream for One-Piece manga lovers.

Naruto is one of the biggest franchises in manga and anime history, introducing us to a whole new world of action, adventure, and martial arts.

It revolves around the story of Uzumaki Naruto, a kid born with the powers of nine tails, a demonic fox. Nine Tails once tried to destroy the village hidden in the leaves, but Minato, Naruto’s father, captured the nine tails and sealed them inside his newborn child.

Naruto was hated and considered a monster throughout his childhood due to the powers of the Nine-Tails within him, but Naruto pledged to prove his value by becoming the village’s Hokage.

With Sakura, Sasuke, and Kakashi by his side, can Naruto become the hero he constantly desired to be?

Berserk is an action-adventure manga that shows how cruel society can be and how a man must deal with it.

The plot revolves around Guts, a man who despises the world and has all the right reasons. Guts’ mother died the day he was born, everyone despised him, and he had a horrible childhood. Finally, after a decade, his life was going fine, and everything was going well, but nature had other plans for him.

His best friend betrayed him, and the girl he loved left him alone and empty-handed. Finally, our MC, dying of pain and anger, rose and decided to take revenge. With a huge sword in hand and inhuman strength, our MC is ready to slay all those who have turned his life into a living hell.

I don’t think there’s anyone in the world who has not heard of Berserk. Getting an audiobook of Berserk will be the biggest present for Otakus.