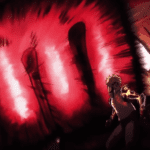 There is much anime out there with different storylines. Still, only a few anime have strong characters in their story, and amongst those few are another little group where the main character is stronger than everyone in their anime.

Saitama, often known as one-punch man, is a well-known powerful MC. Due to intensive exercise, this guy lost all of his hair! And his head is suddenly as bright as a light bulb. With a single punch, he can easily defeat multiple enemies! Talk about an Anime with unbeatable main character!

Can you imagine beating the toughest people with a single punch? Well, that is the reality for Saitama, and he is sad about it because he can never actually be in what we call a real fight cause all it takes is just one punch to defeat his enemies,

The One Punch Man anime is still ongoing, so who knows if there will be any significant twists. And by the way, nobody knows how he got so strong.

To no one’s surprise, this is our anime where the Mc is stronger than everyone!

Goku is a Saiyan who was assigned to destroy the Earth as a child. However, unlike his original intention, he saves everyone! He’s undeniably one of the most powerful MCs in the anime verse, with unrivaled determination and strength! We all know that he trains hard, which allows him to control a wide range of skills.

Goku always comes out stronger after every battle because of his Saiyan heritage, and I believe the saying that doesn’t kill him just makes him stronger applies to him. But, don’t get me wrong, some of Goku’s power stems from his dedication and preoccupation with becoming stronger and always wanting to learn new techniques.

Well, we are sure many people are going to argue this is the number one anime where the Mc is stronger than everyone. Check out the article on manga where the MC isn’t human to see more shows similar to this one!

The plot centers around Jin Mori, a high school student, our main character, who believes he is the strongest.

One day, he gets invited to a fighting event called “God of High School,” The winner will be crowned “the strongest high schooler of all time.”

The winner will have his or her most cherished desire granted. Jin’s opponents will be mighty and dedicated to the same goal. Will Jin triumph? Is he indeed the most powerful?

If you have watched the first season of the anime, just know that that is just the tip of the iceberg. There are more scenes to prove how strong Mori Jin is, but I’ll keep my mouth sealed so as not to spoil it for you guys.

Consider being powerful and, instead of impressing your crush, creeping them out. Shigeo Kageyama, our MC, was in the same boat!

Shigeo Kageyama is a high school student who was born with extraordinary abilities. The one disadvantage of being overpowered is that he cannot establish friends or impress his crush.

He possesses a plethora of Mob talents, including psychic energy, the ability to move heavy items, psychic energy absorption, and chlorokinesis, which allows him to manipulate plants.

To be honest, he was born that way; he has always been overpowered, and now he tries to control his emotions so as not to lose control of himself and his power.

Everyone already knows about Naruto, so let’s just say a few things. Naruto refined his skills by training and facing different obstacles, such as taming Kurama and fighting Pains. Naruto is extremely powerful, and it is a lot of nerfing to try and even have a chance of defeating him. The best way is to just offer him some ramen; maybe you’d get a chance.

Do you remember how Sasuke couldn’t beat Naruto despite his Susanoo and Eternal Mangekeyou? Naruto relied on his strength in fighting to save Sasuke, not kill him throughout that fight.

He has achieved his dreams and is now an overpowering character, even in another franchise called Boruto. So go check it out to see how he and Kurama fuse.

You would think our main character would be pretty tall and probably bulky when you are overpowered, right? But in this anime, he is entirely the opposite; our main character, Meliodas, is relatively short; you’d say he even looks like a child who stands at about 150 cm. He is someone you should not underestimate because of his height or looks. Let’s talk a little about his ability.

He’s famous for his extraordinary physical abilities and swords. And, just like the main characters in different anime, the most notable demonstration of his fighting prowess is when his emotions drive him.

Before the commencement of the series, his strength was more than enough to crush the Danafor Kingdom, the Kingdom of Liones’ enemy, without breaking a sweat. However, after realizing how powerful he is, Merlin, the Boar’s Sin of Gluttony, decides to temporarily seal his power, even though he is still overpowered.

This anime is about our main character named Eren, who, after watching his mother get eaten by Titans, decides to get rid of Titans from all over the world. There are a lot of plot twists in this anime that you need to watch to find out.

Later on, Eren becomes a shapeshifting titan, meaning he can become a titan at will, and he gains the power of commanding other titans to do his deeds, and well, there are too many details to explain. I’d advise you to watch the anime. Just know you are in for a roller coaster of emotions, so just get ready.

His powers include shapeshifting into different titans’ forms as he wishes, controlling all titans, which is an overpowered power on its own, and also being able to control the genetic works of a certain race. However, in this anime, he is overpowered.

Do you enjoy watching shows with vampires in them? If you do, this show is for you, and if you don’t, I strongly hope you do so so that you can watch and enjoy this intriguing mystery and action anime.

Cadis Etrama Di Raizel, also known as Rai an ancient vampire who awakens in modern South Korea, and he is this story’s main character. First, of course, he finds himself in an unfamiliar world, where humanity has achieved many advances and modifications, and in a high school where he is misunderstood as a foreign student.

Fortunately, the principal of the school is Frankenstein, his faithful servant. Cadis disguises himself as Rei among the students to learn what’s new in this world and how the modern world operates and discover the reason for his awakening.

Hajime Nagumo is the main character of this fantastic animated isekai with a level system. After he and his classmate are transported to another world, they are granted powers; he gets the least power possible. However, one day he gets betrayed by a classmate after being teased, ridiculed, and humiliated for his low level of powers.

To get out of his condition, he grew stronger and created weapons to escape the dungeon. Hajime Nagumo is tremendously powerful in arifureta, as in highly overpowered, and he doesn’t try to hold back when he sees his adversaries destroying them brutally.

He encounters some exciting folks who lend color to the story and reduces his Pain. This is an Anime with unbeatable main character who is out for revenge!

This anime has a comedic flavor to it. Saiki Kusuo, our main character, who, when born, had Teleportation and psychokinesis powers. In a world where there aren’t people with abilities, that would automatically make him overpowering for the world he inhabits.

We watch as our main character in this anime tries to live an everyday life while figuring out how to control his power and make new friends with his schoolmates. It’s a unique and exciting anime; I recommend checking it out.

If you haven’t heard of Sword Art Online, you might be living under a rock. This is a very popular anime that has made a tremendous impact by bringing a lot of anime viewers to start enjoying the anime genre.

I’m not going to talk much about the anime but let’s talk about its main character. Kazuto Kirito Kirigaya is our overpowered main character; in this anime, a lot of people decide to try out a game but end up getting stuck in the game, and the only way to get out of the game is to either win the game or die by the way if you die in the game you die in real life,

And the main character of this anime, Kirito, is the best player in the video game in which ten thousand people are trapped. Yes, he wins the game by defeating the boss and frees everyone!

Overlord is a supernatural horror isekai starring the overpowered main character, Ainz Ooal Gown, an experienced gamer after he got confined in a gaming world and without having the ability to experience human emotions. Ainz Ooal Gown’s powers are infinite, and he can beat anyone in a fight.

Imagine being able to defeat your enemy without lifting a finger. Well, that is what the main character in this anime can do, and it’s more fun than you’d think to watch this overpowered main character as he navigates through this world, solving riddles and searching for answers.

I did my best not to include my favorite anime adaptation of a light novel, overlord, in my anime list where the Mc is more potent than everyone. But I just had to!

Now guys, take a look at that he chose to die; that is how overpowered he is, but here is the surprise he later gets reborn, rapidly grows into his teenage algae within days, and starts attending an academy.

And mind you that everyone who challenged him in this anime had lost when he only used a fraction of his power. So Anos Voldigoad has overcome death, time, and space; he is worth being on this list.

Shin Wolford is the overpowered main character and is the grandson of the universe’s most powerful magician, Merlin Wolford.

Let’s journey back in time to Shin’s past. He was a young guy who died unexpectedly and was reborn in a new magical world in this anime. Overpowered becomes an understatement as he quickly learns all of his grandfather’s lessons. He uses his scientific knowledge from his previous world, which helps him perfect his magical skills and aids him on his magic quest as he seeks to reinvent magical instruments. He can also cast magical spells without using words. So he is an overpowered genius in this world.

There you have it; those are the top fourteen strongest anime characters on our list; who do you think I missed? Be sure to drop their names in the comment below. What do you think of those on our list? Do you agree with us? Let us know, and we’ll catch you guys in the next one.