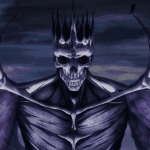 Today we are going to take a look at some of the best anime where the MC is a vampire. The utilization of vampires in anime is an age-old concept that has only grown over the past few years. Although we mostly associate vampires with fear and horror, you will find much anime where it has a humorous element.

We have compiled a list where the protagonist, antagonist, or important character MC is a vampire and often has a ton of power. Blood and gore go hand in hand with these night creatures, and sometimes the writers tend to go overboard with them.

However, there are shows on the list that have romance, comedy, and seinen as their genre, so we’re sure you’ll find at least one show you will like.

On the outside, Cross Academy may seem like another regular school, but they have two separate batches of students, namely the Day and Night class. The Night class students comprise vampires and the Day class is entirely unaware of the fact.

Yuuki Cross and Zero Kiryuu, who oversee the disciplinary committee, maintain the balance between these two classes. However, they have a massive clash of interest as Yuuki is in love with the leader of the Night class while Zero despises the whole lot of them.

The anime is a great show to kill the time and has a lot of fun romance elements in it. The Mc is a vampire aspect is also a very strong plot point in the show.

This story takes place in the small town of Sotoba, where life passes very slowly. The town residents go about their everyday lives very typical, and nothing out of the ordinary happens at that place. But one day, a girl named Shimizu dies from a mysterious disease, and many more deaths throughout the summer follow it.

Toshio Ozaki, a doctor, suspects something and teams up with Natsuno Yuuki, Kaori Tanaka, and Akira Tanaka to get to the bottom of this matter. Is the new family who recently moved into the Kanemasa mansion behind these mysterious deaths?

This mystery anime is one of my favorite shows of all time and has an amazing soundtrack that makes you fall in love with the scenery almost instantly.

Koyomi Araragi’s ordinary life takes a sudden halt when he somehow escapes the clutches of a vampire with the help of Meme Oshino. But, even though Koyomi escapes with his life, he gets some supernatural powers because of that confrontation, like enhanced healing and supervision.

One day he saves one of his classmates, Hitagi, from falling down the staircase and notices an irregularity in her. Although she tries to avoid that topic, Koyomi is hell-bent on helping her by reuniting with his former savior, Oshino.

This is a very decent anime where the mc is a vampire that is light-hearted and doesn’t take itself too seriously.

7. Seraph of the End: Vampire Reign

The race of vampires has once again started to dominate human society after a strange virus started killing almost everyone above their teenage years. These vampires oppress the humans and take their blood in exchange for protection against the deadly virus.

Yuuichirou is a young kid who loses his entire family at the hand of the vampires. After that, he somehow finds himself in the ranks of the Moon Demon Company, which is an organization created solely for hunting down every Vampire in Japan.

Many of the main characters and antagonists are vampires. This show has a very classic portrayal of the monsters mixed in with a lot of JRPG-like elements. A worth watching show about an mc who is a vampire!

Rosario to Vampire is a light-hearted comedy exploring the harem genre in Youkai Academy. As the name suggests, this academy only enlists monsters as their students, who are taught how to co-exist with the human beings surrounding them.

On the other side, we have a boy named Aono whose poor grades prevent him from getting admitted into any decent school. With no other option left in front of him, Aono has to get admission into Youkai Academy, where he soon comes across a gorgeous girl named Moka. But Moka’s real identity is a vampire that Aono has no idea about.

Next to vampires, youkai academy has just about every monster you can think of attending. From werewolves to the succubus, all of these monsters are featured in the anime. Of course, the protagonist his harem is quite extensive and diverse!

Our protagonist in this story is a boy named Kojou Akatsuki, who gets the powerful abilities of a certain mysterious vampire. This is one of the anime where the MC is not just a vampire but is also overpowered from the start.However, his twist of fate doesn’t stop there as he comes to know that his vampire powers are considered to be the stuff of legends.

The situation escalates so much that a sword-shaman named Yukina Himeragi is sent to keep a watchful eye on Koujou. Meanwhile, Koujou is finding it very hard to accept his newly found powers, and on top of that, he now has to form an unlikely partnership with a stranger. What more has the universe in store for him?

The first season of the anime is amazing and has a lot of funny ecchi moments in it without going over the top fan service wise. The show doesn’t have the most complex or unique plot, but it is worthwhile to watch for fun.

The main character of Blood+ is a schoolgirl named Saya Otonashi. A decent family had adopted her, and they have spent many wonderful years together. The only suspicious thing about her is that she is unable to recollect anything about her past life.

Things become even crazier when everyone knows that her blood is harmful to the deadly Chiropterans. This provides a golden chance for Otonashi to prove herself by getting rid of all the Chiropterans, out of revenge like in Arifureta, in the world and learning the secret about her past.

This is quite a fun MC is a vampire style anime. There aren’t too much original or unique plot twists that will take you by surprise, but the show is very fun nonetheless. Blood+ is great to watch when you want to get your mind off things and just dive into a mystery with a female protagonist.

The ruler of the Eastern District of the Demon World is feared by many. His name is Staz Charlie Blood, and according to rumors, his thirst for blood knows no bounds. However, contrary to the stories, he is just a hardcore Otaku interested in Japanese culture like anime audiobooks and manga.

This is why he gets beyond excited when a Japanese girl finds her way into the monster world. But unfortunately, she gets killed after an attack on Charlie’s territory and turns into a ghost. Charlie then decides to resurrect her body as it will also give him a chance to travel to the world of humans and her.

In this anime the MC is a vampire, hids his enormous power and is a hilarious otaku. What more do you want in a show? If you haven’t watched Blood Lad yet, I strongly advise you to watch it ASAP. Blood Lad is one of the most underrated comedy fantasy anime out there and is on par with Konosuba and other classic comedies for me.

If you are looking for a gripping vampire storyline where the MC is a vampire and extremely powerful, look no further than Castlevania. Adapted from a video game, Castlevania tells the story of a powerful vampire named Trevor Belmont. His wife gets murdered by the church, which leads to him unleashing all his rage on Wallachia.

The last remains of that land get inhabited by monsters, amidst which Trevor continues his journey to finding the Dracula. Two other characters, Sypha Belnades and Alucard, are also accompanying him in this gripping journey. Will Trevor be able to attain his goal in the end? Watch Castlevania and find out!

Castlevania is a show made by Netflix. That means that the animation and the storyline is somewhat different than the classic Japanese media, however, don’t let this stop you from watching.

Castlevania is a story that keeps you hooked to your screen from the first to the fourth season. The show has been completed, so you aren’t left with a cliffhanger. A must-watch for those who want a vampire mc anime.

Hellsing is the only organization standing between humanity and the ferocious creatures of darkness. It is led by the mighty Integra Fairbrook Wingates Hellsing, who has a secret weapon at her disposal. However, the Vampire named Alucard doesn’t even flinch in killing the likes of his kind. Talk about a badass vampire mc anime!

He has also got a new servant assigned to him named Seras Victoria, and the duo will take care of anyone who even thinks about crossing the paths of Hellsing. With its mind-blowing storyline full of intensive actions, there is no doubt that Hellsing Ultimate is the best anime with a vampire MC.

Hellsing Ultimate is a real hack and slash show with a ton of influences borrowing from classic vampire flicks. There are a ton of call backs and easter eggs in this show that any vampire fan is sure to appreciate.