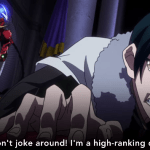 Hello, my lovelies! Your otaku friend is back again to entertain you. Did you miss me? I did! These days, love stories and harem anime are preferred by many. But, on the other hand, anime where the MC chooses a girl, or romance anime, never gets old. So, below I will provide you with a list of the best anime you are looking for. Shall we begin?

Choosing a girl when you’re in love is not a big deal. It is only problematic when the love of the opposite gender surrounds one, yet one chooses a single girl out of them. Love Hina is one such story! Keitaro is our sweet main character who promised a girl to be together in the future. Unfortunately, life rarely is predictable; therefore, it becomes difficult for him to keep his promise.

Keitaro didn’t perform well in his exams and started living in her grandma’s hotel. The twist begins when the hotel becomes a girls’ dormitory. Poor Keitaro then realized that multiple gorgeous girls surrounded him. Now, what will happen to the girl he promised? Or whether he’ll decide to choose a girl from the dormitory.

It’s an interesting comedy-harem story; I am sure it will entertain you! The animation is good, and the ending is perfect.

The anime follows the life of Kyouya Sata, a handsome young man, and a naive girl, Erika. Unlike other girls, she was never interested in dating someone. However, she instantly feared that her friends would unfriend her after knowing she didn’t have a BF.

Therefore, this naive girl shows photos of a stranger to her friends, claiming that he is her BF. However, unbeknownst to her, she welcomes trouble her way. The friends were surprised because the stranger was none other than the popular Sata-Kun from the same school. Everyone knew him except Erika.

The realization hit her hard, and she requested the handsome hunk to be his fake BF. Sata agrees but at the cost of making her a DOG! Yes, you got that right; Erika is forced to obey his orders just like an obedient dog, no matter what! Though it takes a little time and effort to make Sata choose Erika, this anime is worth everything! You’ll love their chemistry, comedy, possessiveness, mixed emotions, and romance!

Issei Hyouda is your MC, whom you will follow throughout the anime. Choosing a girl isn’t unordinary, but it is when it comes to a die-hard pervert! Girls, girls, and girls, there is nothing except for girls in his thoughts.

Pervertedness ends on him! One day. He feels happier than ever when a girl asks him out on a date. Innocent him didn’t understand the mysteriousness of the girl till the date night when she nearly killed him! Ah, don’t worry! Right at that moment, enters a devil, Rias Gremory!

She saves the boy by making him a devil and her servant. Issei’s life flips upside down when he realizes there is much more in the world than GIRLS. Now he is surrounded by fallen angels and devils! After the incident, we follow the MC exploring the new world. This is a harem comedy with unlimited fun and entertainment.

It took the otaku world by storm and has gained immense popularity. However, it is not for the one who hates ecchi themes!

Is there anything better than action-romance? For me, it’s a complete package! The anime’s setting introduces a world where fear reigns in the form of an organism called Savage. To compete with it, they have a technology known as Hundred.

Not everyone is talented enough to operate it except Hayato Kisaragi. He is exceptionally good with Hundred. A military academy teaches him, and he works there to hone his skills. Now, who doesn’t like talented, handsome, and strong men? Therefore, Hayato starts gaining the attention of females around her.

His life becomes no less than a harem amidst the battles with savages. I am sure you know that our boy will choose only one girl. However, the suspense will force you to find who is that luckiest girl! The plot is good, with a lot of action, romance, and stuff, so there is no chance not to like this one!

This is a very different story of 7 gorgeous vampires falling in love with the same girl. Won’t it be hard for a girl to free herself from 7 boys who vow to choose her? What is best is that they are no ordinary humans! Yui is the sweetest girl but is forced to survive in a house full of vampires.

It was her father’s request so she couldn’t refuse! However, when she entered the house, her life became no less than hell as all the boys were limitless and sadistic! Yui couldn’t do anything but was forced to think about why she was chosen to be their captive. The brothers’ behavior towards her was unusual, as they all wanted her! There is romance, reverse harem, mystery, and much more!

Another great anime where the MCs choose the same girl. The mystery of who the girl will end up with remains the same throughout. Therefore, wait to ship any couple of your choice beforehand; otherwise, you’ll regret it later! Yuki is the female lead whose life revolves around two handsome men named Zero and Kaname.

Zero is a vampire hunter, while Kaname is a vampire! Yuki is assigned the duty of maintaining the discipline of the academy. The academy is not your ordinary as it teaches vampires on the night shift. The story is a love triangle with several twists, suspense, and mystery! Kaname is from the night class, and Yuki’s feelings spark after seeing him. One of the reasons is that she remembers her from when he saved her from a vampire attack.

Therefore, having unique feelings for him was expected! This is all I can tell you about the story for now. Any more details will ruin the suspense. I bet you won’t like that, right? So, what’s with the wait? Let’s begin watching this beautiful story!

Tsuchimi Rin’s life becomes like a fairy tale when the king of Gods and King of demons, along with their families, become his neighbors. He was an ordinary school student living peacefully, spending time with her friend Kaede. Sia and Nerine are the daughters of Gods and demons, respectively.

They happen to develop feelings for Rin. Now, how he deals with the girls and the changes happening to his life is watch-worthy. It’s a great time-killer anime for everyone who wants a little refreshment. The thing that will force you to watch this is the suspense about whom Rin will end up?

The character design, development, and overall plot progress are pretty interesting. Though you might sometimes find it a little bland and cliche, it is a good time killer!

8. Yamada Kun and The 7 Witches

Yamada Kun is your handsome young male lead who is a delinquent. He is bored with his mundane school life, which has made him lazy. However, his life soon gets exciting when his body gets swapped with an introverted and kind girl Urara. Each of them was fed up with the mess of life; however, this incident changed everything!

Switching bodies wasn’t something out of the blue; it happened when they accidentally kissed. They realized that kissing helps them switch bodies. Therefore, both of them vowed to solve each other’s problems. The anime keeps getting interesting when the journey to find 7 girls begins.

These 7 girls are believed to have supernatural powers that activate with a kiss. It’s an overall great story with decent character development! Watching Yamada choose the right girl will give you butterflies in the stomach!

This is one of the most fun-filled fantasy-comedy anime with many exciting events. Shinichi Kanou is the main focus of the story. He is just like us otaku who spends our time gathering knowledge about manga, anime, and stuff. Things get intriguing when his life itself turns into a fairytale. After being abducted, the next thing he witnessed was dragons. Elves and creatures are straight from a fantasy.

Not knowing what is happening to him, he gets surprised when the government of this world asks him to spread otaku culture! Yes, you heard that right! His knowledge was being admired in a parallel world as well. Many beautiful ladies come to his support spreading the culture throughout. However, the mission is more challenging than it sounds; there are unlimited hurdles on their way that our MC has to overcome.

It was a very different story that gave us a lesson to increase our knowledge about anime. You never know when our lives will turn into a fairy tale! (XD)

Saito Hiraga is your cute MC whose life goes straight from peaceful to peaceless when a magician summons him into her world. Louise is the magician who gets humiliated for her poor magic skills. One day, while performing a summoning ritual, she calls Saitou. After that, she treats him no less than a slave.

However, Saito’s slavery ends when everyone realizes he is no ordinary guy. The sign on his hand was the mark of one of the strongest summoners named Gandalfr. There is a lot more to the story as it is loaded with action, harem, and adventure, making it worth watching. The animation quality is also likable, so there is a high chance you’ll love it!

11. Chivalry Of A Failed Knight

Imagine yourself getting the power to turn your soul into a weapon. Fun would be too small a word to describe the unlimited thrill and excitement. But let’s return to reality since that can happen in fantasy only. However, you can enjoy watching Chivalry Of A Failed Knight with the same story.

The world is filled with people blessed with the powers mentioned earlier. One among them is Ikki Kurogane, ranked F (very weak) in terms of skills. He was forced to team up with the top student Stella Vermillion on the orders of the new school Head. Stella hated being in his duo due to some awkward incident between them. Little did they know that fate had plans to bring them closer.

They continued to tame each other’s powers, and their relationship developed gradually. The action, fantasy, and comedy are worth admiring. The anime makes sure to entertain the audiences through and through!

It is set in a world that changed completely after a drastic disaster named Invertia. The disaster changed the world, so humans started being born with supernatural abilities. Only the best among them are chosen to join elite schools.

There they compete with each other in battles. This is the story of Ayato Amagiri, a talented scholarship student. Ayato’s life changes after accidentally seeing a powerful witch named Julis without clothes. The actions anger her, and she vows to defeat the boy in the duel. However, he refuses, saying he is on a mission to find his lost sister.

Unfortunately, fate has other plans, and Ayato finds himself in many unexpected situations!

Conclusion on harem anime where MC picks a girl

This was it for today, my otaku friends. Watching anime where the main character chooses a girl is surely refreshing. I liked watching the anime mentioned above, and I hope you will also be entertained.

If you have watched any anime from the mentioned-above entries, share your experiences below! You know how much I love to listen to you guys, right? I’ll be back again, till then, take care, my friends.