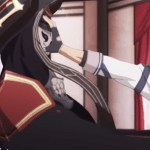 OP MCs are always fun to watch because the fellas can rock and get everything they want. Unfortunately, watching the MCs struggling to become OP has become a cliche. Now fans want to see something new!

They want the protagonist to be strong enough to smash everything with a snap. Don’t worry, my friends; I got your wishes and have brought a list of anime where the MC is an OP transfer Student. Let’s begin with our favorite recommendations!

Sakura is the female protagonist of the anime whose life takes a sharp turn. One day, she witnesses a murder. Unfortunately, the murderer is a new transfer student named Rei Oogami. Opposite to her predictions, the boy manages to maintain a good reputation.

Only Sakura knows the dark side of him; therefore tries her best to stop him from murdering others. You might be wondering why she hasn’t informed the police. But that is a typical setting where she does, but there was never any evidence against him. Number 2, the boy has supernatural powers!

Wait, what? Is the MC an anti-hero, or does he have a different lens to see the world? All these queries will be answered once you start watching the anime. Nonetheless, some things should be kept a secret to preserve the fun of the story. It’s a very short anime with only 13 episodes, decent pacing, and nice visuals.

Did you tell OP transfer students to be young? It doesn’t matter because Raizel looks young but is over 800 years old. He opened his eyes precisely after 820 years of deep sleep. The first thing he did was to join a school as a student.

The beginning of the anime focused on Raizel getting used to the generation gap and technological advancements. Soon after, the troubles begin when people of his kind discover his awakening. On the other hand, he gets busy solving his friend’s issues. After some incidents, Rai’s backstory is revealed, which multiplies the entertainment level automatically.

As one can judge, he wasn’t someone ordinary but an overpowered Noblesse. He has the power of blood manipulation so intense that one snap and you are done for good!

The first season showcases Rai’s abilities without antagonists matching his levels. However, the anime does get spellbinding with each passing season!

We have built an image that demon kings are evil, but it’s only the case sometimes. Anos Voldigoad is a demon king feared at every corner for his massive powers and deadly aura. However, he was fed up with the constant battle between demons and humans. Therefore, he decided to end his life, hoping to get reincarnated in a peaceful era.

Finally, the wait ends, and the king is reborn in a new peaceful time. He continues his life by joining the magic academy as a student. Soon after, he learns that things are not the way he once imagined. The demons have forgotten about his deadly aura, and no one remembers the true Annos!

Now the thrill begins when he vows to go deep into the mysteries and decides to place things in their proper positions. The protagonist is highly OP and handsome, so prepare yourself before watching it!

Yuji Itadori was known for his strength and sports talent in his school. After his grandfather’s death, his life changed entirely, and he had to join a sorcerer academy. First, Yuji’s friends found a cursed object that turned out to be Sukuna’s fingers.

Little did they know that opening it would invite considerable troubles in the form of cursed energies. Luckily, a sorcerer named Megumi learns about it and saves the group. He reached there in time but couldn’t fight the cursed energies successfully. Yuji joined the battle and ended up engulfing Sukuna’s fingers, giving Sukuna, the king of curses, an opening to be in power again. Unintentionally, Yuji welcomed a significant threat to mankind. To stop Sukuna, it was necessary to kill Yuji. Yes!

But it’s not that easy, and you’ll know it once you watch it. Yuji is taken in by Gojo Sensei, who trains to hone his new powers by mastering Jujutsu! The animation, characters, fights, and everything are super lit. There is nothing that bores the audiences; instead, JJK has given tough competition to many others of its kind.

Merlin Wolford is our wise man who enjoyed an excellent reputation in his time. Now he lives his life looking after an orphan named Shin. The boy who was reborn in this world of action and magic.

The wise man trained the boy in combat and magic, but poor Shin couldn’t master magic. Therefore, he was forced to join the magic academy to sharpen his skills. For Shin, it is challenging because of his naiveness. Overall, the anime is spellbinding enough to binge-watch all its episodes.

There sure is a lot of comedy and action accompanied by fantastical elements, and a kid MC. The visuals are appealing, and the intriguing characters make this anime worthwhile.

What if you have been given the power to take over another’s body for a few seconds? Think of it by yourself as a student. Won’t you use it to pass the exams? The same goes for Yuu Otosaka, a high school student.

His secret remains no more a secret when Tomori, the student council from Hoshinomi academy, learns about him. She offers Yuu to join her academy, which includes many other students with supernatural abilities. So, it turned out that MC wasn’t the only one with powers.

Their goal is to track all such people with powers, especially those who misuse them. It’s not a highly complex story and a good watch if you want to pass the time. The animation and story could be better, but they are not bad either! Yuu is OP in terms of his unique abilities and not in terms of strength. Therefore, expecting gripping action sequences from him won’t be fun!

This one is effortlessly one of the most famous anime where MC is OP yet hides his powers. So, be glad this anime has all you wished for! Tatsuya and Miyuki are siblings who join an elite magical academy together. Unfortunately, Miyuki gets admitted to a group of magic users, whereas Tatsuya is to a group of weak magical users.

So, it is predestined that things never go how we expect them to. Tatsuya is an OP student hiding his identity for unknown reasons. At first, everyone mistakes him for being weak, but he amazes everyone with his unique talents and skills.

This anime is packed with captivating characters, a gripping plot, and a decent amount of suspense. The best part about it is that it is short, very short, and you can binge-watch it. It will be a good choice if you watch anime with OP MC for the first time. It has perfect pacing!

So my fellas, what are your thoughts on the entries mentioned above? Almost all of them are worthwhile with massive power systems and action. However, my mission is fulfilled if you find at least one among them according to your taste. Therefore, remember to keep me updated regarding your opinions. Your opinions matter!