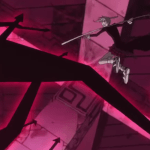 The magic genre always stands out from the rest. There are many reasons, including its fantastical elements and mainly because we have a special place for magic in our hearts.

Seeing main characters who are not OP doesn’t entertain much, especially regarding magic. Fret not; your friend will recommend some enticing magic manga with an OP MC below!

Soul Eater is set somewhere in a fantastical world. There are academies where people are given the training to transform into weapons. Of course, the motive is to fight against the ones who wish to harm humanity.

It’s not easy to create a Death Scythe! It’s a task that requires unlimited courage and will to consume 99 human souls and one witch. Like any magical manga, the world is full of foes willing to wreak havoc at any moment.

However, it won’t be fun if the bad guys aren’t defeated by the good ones; hence, Soul and Maka take this responsibility onto their shoulders. The manga is very close to being called magical because of the power phenomenon and overall vibes.

In this manga, we follow Madoka, who was living an ordinary life before she met with a mysterious talking cat. The cat offers her to be a magical girl; in return, she can fulfill anyone’s wish. At first, she refuses, but she is forced at each moment.

Besides, after knowing about the terrible fate of every magical girl, she vows to set things for once and for all. What is the fate and what Madoka wishes are the biggest twists! The manga contains mysteries, and you will be thrilled when they unfold.

I won’t say it has the best art and storyline, but one surely can’t miss reading it. The friendship bond, the action, and the fantastical elements are solely enough to give this one a read. Oh yes, this magic manga’s MC is OP too, so what are you waiting for?!

10. The Misfit Of Demon King Academy

Anos Voldigoad is a name that has been feared for centuries and continues to be feared. He was once the OP demon king who sacrificed himself for the world’s peace. Two thousand years have passed, and Anos is reincarnated.

He has opened his eyes to an advanced era where people live peacefully. Anos joins the academy and is shunned to see that demon folk’s magic is in a worsened state. Not just that, no one knew how exactly the legendary Anos Voldigoad was! The origin of magic is very interesting, and the good thing is the MC is overpowered right from the beginning.

9. The Irregular At Magic High School

Shiba and Miyuki are siblings who join a magic academy together. But rules and regulations keep them apart on the school grounds. Shiba becomes part of “weeds”, a category known for students good at writing. On the other hand, Miyuki joined “Blooms”, full of students who were good at practicals. The beauty of this manga is that you can not predict what is to come.

It’s full of suspense, and the reader knows right from the start that Shiba is not what he seems to be. The art is lavishing; thanks to the artist and the author for bringing out such a beautiful concept of magic.

We can guess by the topic that Shiba would be OP, which is true. The reason for him hiding his identity is to be found by you, so get down to reading without wasting any more time!

Black Clover is set in a magical world where magicians are everywhere. It’s the saga of Asta and how he becomes the strongest despite all the odds. He is best friends with Yuno, a magic prodigy. Seeing his friend being the best sparks his passion for being the same. Unfortunately, Asta lacks the foremost thing: “mana”.

However, he is the kind of guy who will carve a path if there is none; that is how the universe blessed him. He gets blessed with a five-leaf grimoire which makes him powerful even without Mana. In fact, it’s revealed quite late in the manga that Asta beholds the power of “Anti-Magic”. Isn’t this crazy?

There is unlimited action and suspense, accompanied by thrill. You will have an adrenaline rush and chills at times while your heart will cry for the bonds the character shares. So, expect as much as you can because this one will surely be a big deal for you.

Chise Hatori is a damsel in distress who is living a hopeless life. Her life gets tougher but changes for good when she is sold to Elias Ainsworth, the MAGUS. He is not human from the inside out but has some human characteristics.

His life changes when Chise enters his life, and he starts experiencing human emotions. The story progresses very slowly if you watch it solely for romance, but it’s worthwhile. Of course, the adventure and the incidents filled with charm, fantastical elements, and magic mark this as a great magic manga.

It’s very much soothing to see broken characters dealing with each other in a way to bring out their best. Give this one a go if you are into fantasy and fairy tales.

It’s the best manga one can try to read. Hanako Kun is not an ordinary boy but a ghost residing inside the girls’ washroom of a school. The school is famous for many stories, and they are true. Nene Yashiro, our female lead, wanted her crush to fall in love with her.

She was desperate enough to summon Hanako Kun to fulfill her wish. Things get serious when Nene entangles herself in a problem. To save her from trouble, Hanako binds his fate with her. (sounds romantic, and I know it! XD)

The school has seven wonders; our Hanako is the 7th, and the OP one. All the wonders have different backstories. With the progressing story, the twists unfold, and finally, the author enlightens the backstory of the cutest Hanako Kun.

The art is very amusing, and the chemistry between Hanako with Nene makes the manga worth reading. It’s surely the best magic manga with an OP MC.

This is a perfect manga if you are looking for magic school stories. Glenn Radars is our MC forced to join the magic academy as a substitute professor. He is so lazy and annoying that our female lead Sisti can’t find the courage to tolerate him. Her dream was to become the best magician; however, Glenn is not a serious teacher.

Glenn and Sisti’s banter and arguments are the major sources of entertainment. Though he seems like a fool but don’t misjudge, the guy was once an assassin and is extremely OP. Different twists unfold, and the story starts getting intriguing with time. The art style adds charm to the fantastical elements, making it easy to read.

4. My Status As An Assassin Obviously Exceeds The Hero’s

The plot is pretty similar to Arifureta if you have read that. If you liked the story of Arifureta, this one would undoubtedly hook you right from the start. The story’s main focus is Akira, who gets transported to a different world. He is not alone as his class fellows accompany him as well. All of them get powers, one becomes the HERO, and our Akira becomes an assassin.

Things are not as they seem; our MC is strong enough to surpass the hero. The plot begins with certain mysteries and secrets the protagonist vows to uncover. The magic system is appealing, so it’s another factor why otaku enjoy reading it. The character design is great, and the unique idea of having a different “hero” sells the story.

Charlotte has portrayed unique superpowers and all of its characters entertaining in their own way. Though we can call it exactly a magic manga, the superpowers are no less than any magic. Yuu is a not-so-ordinary boy who is blessed with a unique ability to take control of the other’s body for five seconds.

Like any other student, he uses his ability to pass exams. His life changes when Nao Tomori learns about his powers. Nao is the student council president of an academy that trains people with supernatural powers. On her idea, Yuujoins the academy and begins a new chapter of his life.

The school theme makes the plot engaging. Its anime also got popular, so if you like anime, you can watch it.

Magic can be a threat, and Sky Wizards Academy portrays it amusingly. The manga is set in a world feared by magical insects, which are no less than a threat. They are ruling the land, and due to the chaos, the humans have created floating cities where they reside.

Where it is evil, there is good, so in contrast to the insects, there are wizards. Kanata is our OP MC who doesn’t enjoy a good reputation and is often labeled a traitor due to an incident. However, he is the exact opposite of what others think of him; he is determined and loyal.

The story progresses with him being assigned a mission to win a tournament. This is a little cliche magic manga with an OP MC, but you will enjoy it.

Hajime is our MC whose life flips upside down when he and his classmates get summoned into an RPG-like world. Everyone except our boy excels in strength and power. Within no time, his classmates started considering him useless.

Things begin to change after an incident where Hajime uses himself as bait in a dangerous situation to help his fellows. He could have lost his life there, but he survived. That made him stronger, and he began his journey of survival, eventually becoming OP. The best thing is that the MC is not typical, making the manga fun to read.

Not every time does the word OP refer to someone who can use great magical powers, but sometimes it can be someone who stands out from others. The same goes for our Hajime.

Magic is a term that we have been hearing since our childhood. It is one of the reasons that fairy tales, fantasy and magic stories always intrigue us. Unfortunately, it’s impossible in real life, butthanks to the people who brought magic into our lives with their stories.

I tried to recommend some best magic manga with OP MC I have read so far. I have my fingers crossed while you have fun reading the ones from the above list.