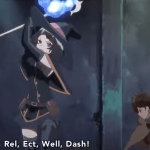 Just imagine yourself in a world where you can level up! Won’t that be the most charismatic life? Nah, everything has its pros and cons. I recommend some best Manga with Leveling System to know more about that life.

Imagining yourself while reading is a given. Of course, imagining is the only way to live that life!

Don’t tell me this name needs an introduction! DBZ has set standards for anime and Manga. It still gives tough competition to many, even after decades. The leveling system of DBZ is unique. It is a world where Goku and many other heroes vow to protect their homeland from different villains.

We can see the leveling system very clearly in Super Saiyans. Different antagonists push the heroes to their limits to get even stronger than they previously were. In the beginning, super Saiyan was considered extremely powerful.

However, everything changed when the heroes surpassed themselves in leveling up to super Saiyan 2, 3, and whatnot. Though the art is not so compelling because it is old, the Manga is GOLD!

It’s not like no one knows about Arifureta, but it’s more like not many have read its Manga. I recommend this magnum opus to those who haven’t read it yet. This is undoubtedly the best Manga with a leveling system.

Arifureta follows the life of Hajime Nagumo, an ordinary school student. One day, his life changed in a way he could never have imagined. He and his classmates were summoned into an RPG-like world. Apart from Hajime, the experience was worthwhile for others as they were exceptional in terms of skill. But, ultimately, everyone started considering our boy useless.

After some events, Hajime’s fellows trapped themselves in a dangerous place. Having no other way out, Hajime sacrificed himself to help his fellows. The class was saved, but Hajime was trapped in the abyss. Well, he is the protagonist of the show, so he survived. The incident changed Hajime entirely, and he vowed never to be called weak again. That moment was a level-up for him, marking the beginning of thrilling adventures.

This is surely a very different and special recommendation. It’s unlike other cliche manga having leveling systems. The story showcases Hinata, the main lead, who aspires to be the best-ever volleyball player. Unfortunately, he is short-heightened and often underestimated because of it.

The plot becomes engaging when he joins Karasuno High School. Hinata’s goal is to defeat Kageyama, but he is stunned when he sees him standing as his teammate. It’s the best sports manga where we constantly see the MCs leveling up. They level up and become the best volleyball players over time. Trust me, it doesn’t have a proper leveling system, but you won’t regret reading it!

9. The Rising Of The Shield Hero

We are familiar with stories where MCs once dreamt of an RPG world, right? In the case of Naofumi, it’s the exact opposite; he was happy living his life until one day! Then, he was summoned to an RPG-like game world. Those summoned were labeled as the heroes of that world, and Naofumi was the shield hero. Right from the beginning, he was degraded because of his defensive powers. Unwillingly, he had to survive there, tolerating humiliation, accusation, and much more.

On the verge of losing hope, he found people who believed in him. It was as if he got a reason to live. Along with his companion and friend Raphtalia, they started rising. The actions, gradual increase of Naofumi’s powers, and different events make it worth reading Manga with a leveling system.

Dungeon Seeker follows the life of Junpei Takeda, a victim of bullying. The bullies find amusement in making him suffer, and Junpei is weak enough to tolerate it. Luckily, he has a friend who always jumps in to save him from the bullies. His life continues just like that till one day, they all get summoned to a new world.

Unfortunately, in this world, everyone is powerful except Junpei. He gets disappointed in his fate of being the weakest again. Little did he know, his fate had some other plans for him. He is blessed with the ability to attain the skill of the opponent he defeats. What a great skill, isn’t it? Junpei starts leveling up step by step after defeating different foes!

Tetsuya Takahashi’s new life in a new world wasn’t less than a nightmare. He never asked to be summoned to a different world, but still, he was tormented for being weak. People are labeled as the strongest in this world based on their levels. Tetsuya had level 1, the weakest of all. Since it was the world where the weakest were despised, Tetsuya was thrown in front of monsters.

At first, it was implied that he would die until he unleashed his new ability named Absorb Corpse. This ability made him capable of acquiring the power of the corpses. After absorbing the powers, he started leveling up.

This is the journey of a boy who shocked everyone with his exceptional improvement in power. So get ready to see some action and revenge! Yes, as Tetsuya is coming to teach everyone the lesson that made his life hard.

6. The Irregular At Magic High School

I am sure not everyone likes schools categorizing students based on their skills. This Manga is set in a world where magic has been advanced, just like technology. There are schools where students are taught skills to hone their magic.

Tatsuya and Miyuki are siblings, and both are selected in different categories. Miyuki joins “blooms” full of students good at practicing magic. Tatsuya becomes part of the “weeds’ full of students who are good at writing. But, if the story was as simple as that, it wouldn’t be of any interest. Instead, things are twisted mysteriously at each step. Tatsuya hides many secrets; to find the reason, you must read it. Its light novel and anime are equally popular, so you can try reading them too.

Motoba is a high school student bored with his boring life. He wanted some thrill in his life to make it cheerful. His dream came true when his friend invited him to a game. But, unbeknownst to him, this only invitation took the peace out of his life and made it a battlefield. It wasn’t long before Matoba found himself in the game world and realized it was real.

The only way to escape is to make a group of people, so it becomes easier to find a way out. This Manga is very much to be called a Leveling system manga. Even though the story is a bit off-track from the leveling system, it holds many similarities.

The challenges that come their way are no less than any game level.

In this Manga, we follow the life of a programmer named Suzuki and his action-packed life. The adventure begins when he finds himself in a world of an RPG game. In the real world, he is a 29-year-old guy, but in this world, he is just a teenager named Satou.

Things started to become spellbinding when he defeated an army of lizardmen. After defeating them, his level increased drastically. However, he chose to keep his level a secret, but would he be able to?

This marks the beginning of rip-roaring incidents and a thrilling plot. His challenges start getting harder, but Satou refuses to give up. The isekai element has made the Manga even more compelling.

3. Grimgar Of Fantasy And Ash

It’s an isekai manga but has the best fantastical element and a great leveling system. Groups of people opened their eyes to a new world of adventures. They didn’t know anything about themselves.

Haruhiro was among the lot who decided to survive in this new world. Since it was not an ordinary world but of monsters, they had to hone themselves as warriors. It was a world where surviving was not an easy task.

The characters develop as warriors with each passing event, which is no less than a leveling system. The artist has beautifully narrated the events with great detail. One is forced to read more of it with each passing chapter.

Fire Force won the readers with its unique art style and story. It’s about the fire force dealing with fire to save the world. Let me say they are not your ordinary firefighters. This particular group of fighters owns the ability to control fire; sounds hot, no? It’s a world where no one knows how people started combusting. Those who can’t control their fire are called infernal, a level 1 generation.

Contrary to them is our fire heroes, who can control their powers and work to eradicate the infernals wreaking havoc. I loved the idea of the leveling system in this Manga. The powerful characters are determined based on their generation level.

Shinra Kusakabe, aka the devil, joins the fire force and is stunned to know that there is much more to the story everyone knows. The mystery, action, and character writing are praiseworthy, and my remarks remain the same every time I read the Manga.

Momonga is just a normal guy who likes playing his favorite games. YGGDRASIL was his favorite game, but the time for its farewell came sooner than expected. The servers were about to be shut down forever. Momonga wanted to be a part of the game for the last time, and he did.

Time passed, and he realized he was stuck in the game world, in the body of his character Ainz Ooal Gown. The fun, hair-raising action, and mystery are more enthralling than a leveling system. There is a leveling system in Overlord, but it’s very different from typical leveling system manga.

The way the artist has drawn the characters, especially Ainz, is Oscar-winning. The protagonist is not the kind-hearted innocent kido but extremely badass and OP. So, it’s the best fit for those who want to experience the role-playing element with OP heroes and villains.

Both Manga and anime with leveling systems are equally adored worldwide. I have tried recommending some engaging manga I hope you will enjoy reading. I will be back with some more recommendations for my otaku friends!