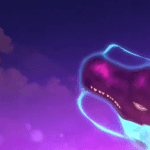 The genre of anime is expanding daily; nowadays, there are millions of anime with thousands of genres and themes. Today, we will discuss the top 10 VRMMO anime with you guys and don’t worry if you hear the word VRMMO for the first time.

VRMMO stands for Virtual Reality Massively Multiplayer Online. It follows a game theme where MC gets stuck in a different world. I know it sounds similar to the isekai genre, but according to the experts, VRMMO does not count as a member of the Isekai family.

Without any further ado, let’s get started.

On number 10, we have Accel World, an action, romance, and sci-fi anime that follows the story of Haruyuki Arita. He has been bullied his entire life because he is overweight. As a result, he hated his current life, and to escape reality, he played various VR games.

One day, he met Kuroyukihime, president of the student council, and his life changed forever. She invited Haruyuki to the student council lounge so she could introduce him to “Brain Burst,” a program that can boost the mind of its user to its full extent. Brain Burst is full of exciting challenges, and success in the game will also provide you with splendid powers in the real world.

Seeing all this, our MC swore to become the master of this game and started his journey with Kuroyukihime. So if you are looking for VRMMO anime, Accel World is a gem.

Next, we have .hack//SIGN, an adventure/fantasy anime well-known for its video game theme. This anime is quite old, as it aired in 2002, but it still predicted a world where VR gaming is possible.

The anime revolves around Tsukasa, an ordinary guy whose life was turned upside down when he was trapped in a mystical world known as The World. He has no memories of his past life, and even after trying multiple times, he can’t log out from the game.

Desperate to know why he is trapped inside this world, Tsukasa starts his journey, and that’s when he meets the Crimson Knights, a group of people inside a game who think of him as a hacker.

Things on our MCs end have gotten a bit tight, and if you want to know how he will survive in this world, watch this anime.

On number 8, we have The King’s Avatar, a pure action anime that is a perfect watch for everyone looking for a VRMMO anime.

The story of The King’s Avatar revolves around Ye Xiu, a professional esports player living every gamer’s life. He may look like an ordinary guy in the real world, but in the world of Glory (an MMORPG game), he is known as Battle God.

One day, for unknown reasons, he retired from gaming and decided to work in an internet cafe. But he could stop playing it again when Glory launched its tenth server. So he immediately logged in as Lord Grim and– well, I don’t want to spoil this incredible show for you, so if you want to know what will happen next, watch this anime.

7. How Not to Summon a Demon Lord

How Not To Summon a Demon Lord revolves around the story of Takuma Sakamoto, a shut-in full-time gamer. He may be a loser in real life, but in the world of Cross Reverie (an MMORPG game), he is feared as the Demon Lord.

Our MC was living the best out there, but one day his life became even more interesting when he was isekai’d into a game. At first, Sakamoto was confused about the ongoing situation, but in no time, he grasped the situation and started questioning the two women who summoned him into this fantasy world.

It was then revealed that these two women wanted to make Sakamoto their slaves, but Sakamoto became their leader due to some exciting events. So, rather than thanking god for making his life a living paradise, our idiot MC, along with his two slaves, started a journey to find a way back home.

How Not To Summon A Demon Lord features an excellent VRMMO theme, so if you are looking for VRMMO anime, this is the one to watch.

On number 6, we have Overlord, a great action, adventure, fantasy, and supernatural anime that will haunt you with its scary video game theme. Finally, Yggdrasil, one of the most famous virtual reality video games, will be shut down forever. It’s the last hour, and all the characters are sitting alone, waiting for their death.

The servers were supposed to be terminated by midnight, but nothing was going according to plan. Momonga, the most powerful and ruthless character of the guild, finds it suspicious and immediately calls all his servants to investigate the ongoing situation, but that’s not all.

Our ruthless MC is now fully aware of the situation and plans to conquer the whole game world and build his kingdom.

Can he do that? What do you think? Let us know in the comments below.

Kaze no stigma is an action, romance, and supernatural anime that revolves around the story of Kazuma Yagami, our MC whose family was betrayed. He was born into the Kannagi family (a family who wields fire magic), and they declared him an outcast only because he was a Fuujutsu (wind) user.

He started his journey to become so strong, so he could give a shut-up call to all those who had looked down on him in the past, but when he knew that his family was in danger, he immediately returned and decided to protect them.

This time, he is not the same wind user he once was, and he would not forgive the person killing his family members.

On number 4, we have Btooom! Which is undoubtedly a perfect VRMMO anime out there. It tells us the story of Sakamoto, an ordinary Japanese guy who has achieved nothing. He is only good at playing Btooom (a popular video game), which is why his mother hates him.

One day, Sakamoto was thrown into a strange island with a chip in his right hand. At first, Sakamoto could not understand the situation, but when a random guy appeared and threw bombs at him, he immediately realized that right now, he was playing real-life Btooom.

How does Sakamoto end up on this island, and how will he survive here? All these questions can be answered by watching this anime, so go ahead and start watching this excellent VRMMO anime immediately.

Next on our list is Hunter x Hunter, one of the most popular actions/adventure anime that tells the story of Gon, a 12-year-old guy, and his exploits. The story is set in a world where hunters spend their lives with the sole purpose of serving people.

Being a hunter is a great responsibility; only a few chosen ones are destined to become fine hunters. Our MC Gon wants to become a fine hunter like his father and serve the country, but her aunt opposes his decision. Our MCs father was also a hunter, but he went missing when Gon was a kid.

With the hope of finding his lost father, Gon embarked on a journey to become one of the most excellent hunters in history. I believe his journey will be filled with complex challenges and situations, so if you are a fan of action-packed/thrilling anime, HxH is the one for you.

Death March to the Parallel World Rhapsody is a fantasy anime with some perfectly blended isekai and reincarnation elements.

The anime follows the story of Ichirou Suzuki, a game programmer tired of fixing bugs in the newly released RPG game. He was so overworked that he could not even find time to sleep. One day, during a night shift, Ichirou decided to take a small nap, but that nap changed his life forever.

As soon as Sakamoto fell asleep, he was transported into the game he was debugging. He was so confused when he woke up and considered all of this a dream, but after grasping the situation, Sakamoto realized he was in a game world with a 10-year younger version of himself. What journey awaits him in this fantasy gaming anime world? The only way to find out is by watching the anime, and if you are a fan of VRMMO anime, this one is a must-watch.

On number 1, we have Sword Art Online, the Payoneer of VRMMO anime, and without this, our list would be incomplete.

NerveGear, a device that allows users from all over the world to experience a whole new environment, has been launched, and gamers are going crazy over it. In addition, a new game named Sword Art Online was released, and it was the only game that offered a gateway into a unique fantasy world.

Kazuto, our MC, became the beta tester of this game, but the moment he logged into it, his life changed forever. He got trapped inside the game along with many other people the moment he signed in, and there was no way to return to his real world. So what will he do now? Is he trapped here forever? Let’s find out by watching this anime.