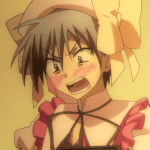 Contents hide
10. Yona Of The Dawn
9. Kenichi The Mightiest Disciple
8. Hajime no Ippo
7. Stigma of the Wind
6. Chivalry of a Failed Knight
5. Tokyo Ghoul
4. Parasyte: The Maxim
3. My Hero Academia
2. The Rising of The Shield Hero
1. Demon Slayer
Related Posts:

Yona of The Dawn is an action, romance, adventure, and fantasy anime that teaches us many lessons. If you are a fan of anime with a strong female lead, this one’s for you.

Yona of The Dawn follows the story of an innocent and kind-hearted princess named Yona. Her father has always shielded her from danger; therefore, she is never in danger. But when her childhood crush named Soo-Won betrayed her and murdered her father to claim the kingdom’s throne, everything changed, and her life turned upside down.

Soo-Won was also Yona’s cousin, and she was broken when she faced the harsh reality of this cruel world. With nothing else to lose, Yona left her kingdom with the help of a loyal bodyguard and desired only one thing, revenge. Can an innocent girl like her become strong enough to avenge her father’s death and take her throne back? Watch the anime to find out.

Kenichi: The Mightiest Disciple is an action/comedy anime that you will surely love if you are a martial arts fan.

The protagonist of this anime is a high school student named Kenichi Shirahama, who lives an ordinary life. His peers bullied him because he was weak. One day our MC ran into Furinji Miu, and his life changed forever. Furinji’s grandfather owns a dojo, and Kenichi enrolls himself in that dojo so he can get stronger.

Kenichi continued his strict training in the dojo. He was happy with the process as he saw some visible changes in his body. However, one day, Kenichi ran across the strongest bunch of anime antagonists, the Ragnarok gang. I suppose it’s the ideal chance for Kenichi to put his training to the test. Find out if Kenichi won against them by watching the anime.

Hajime no Ippo is a sports anime that is no less than a treat for sports and boxing admirers. It revolves around the story of a guy named Ippo Makunouchi and his sad life. He was a loner and was considered a loser by others. Everyone bullied him and beat him without any reason, but he never gave up. Ippo was a kind-hearted guy, and he loved to help her mother during his free time.

One day, when his bullies beat him, a professional boxer named Mamoru Takamura rescued him and took him to Kamogawa Boxing Gym so Ippo could rest for a while. When Ippo recovered, he saw everyone practicing boxing, and that’s when his love for this sport rose.

Takamura decided to train Ippo, and only in a short period of time, Ippo learn a lot about this sport. Ippo is not the same weak guy anymore. He is now living his life intending to become a world champion in boxing. Follow his journey to find out if he can become one.

7. Stigma of the Wind

The stigma of The Wind is an action and romance anime with some perfectly blended supernatural elements in it.

This anime revolves around the story of Kazuma Yagami, who was kicked from his family only because he could not use fire magic. But unfortunately, he could not use fire magic but could control the wind. After spending years away from his home, Kazuma polished his abilities and became one of the strongest users of wind, but things were already out of hand when he returned home.

His family was in danger as someone was murdering his family members. Despite being kicked from the family, Kazuma held no grudge against them and decided to help them. With the aid of his little brother (Ren) and his cousin (Ayano), can Kazuma save his family? Watch the anime to find out.

6. Chivalry of a Failed Knight

Chivalry of a Failed Knight is an action, romance, and fantasy anime that tells us a story of a magical world where magic is so advanced that people can use it to manipulate their souls. I know it sounds scary, but it’s the opposite.

Ikki Kurogane is a weak guy and is trying his best to learn to control his soul, but his luck is not with him. Because of his poor magic skills, he is given the rank of F-ranked blazer. One day an A-ranked blazer challenged our MC, and our foolish MC simply accepted the challenge without even hearing the full agreement.

Tokyo Ghoul is an action, fantasy, and horror anime famous for its great action.

This anime is set in a world where Humans and Ghouls coexist. The main plot revolves around the tragic story of Kaneki Ken, a great guy whose life was turned upside down after he went on a date with her crush, Rize. Rize was a Ghoul who wanted to consume Kaneki’s flesh. So she attacked Kaneki, but an accident occurred, and Rize died.

Long story short, Rize’s body organs were implanted in Kaneki, and because of that, Kaneki became a hybrid of half-human and half-ghoul. At first, Kaneki had a lot of trouble as he could not eat any human food, but slowly, with time, he got used to it. Follow this anime to discover how Kaneki turned into a ruthless and relentless MC from being an innocent and calm guy.

Parasyte: The Maxim is an action anime that will haunt you with its horror theme (JK). What will you do if some unknown parasitic creatures land on earth and start taking over the bodies of humans? I am sure no one would want it to happen, but the people of Japan have to go through this.

These weird creatures are spreading throughout Japan at a rapid pace and are attacking the minds of people. Everyone was getting affected by them, but when a parasyte tried to enter Shinichi Izumi’s mind, Izumi immediately stopped him by trapping him in his right hand.

Shinichi decided to name him Migi, and both of them became good friends, and that’s how the journey of action, misery, and grief started.

My Hero Academia is an action anime and is one of the most viewed anime of all time. It is set in a world where villains disturb the world’s peace and put them in their right place. Heroes are working day and night. About 80% of the world’s population is blessed with quirks.

All Might pulled out his hair and gave it to Midoriya so he could eat it. Midoriya ate All Might’s hair, and that’s how he received One For All, a transferable quirk. Watch Midoriya’s path to becoming the top Hero like his idol by watching this anime.

2. The Rising of The Shield Hero

The Rising of The Shield Hero is an action, drama, adventure, and medieval fantasy anime with isekai elements.

It revolves around the story of a guy named Naofumi who was isekai’d in the Kingdom of Melromarc and three other people as a savior. However, among all the heroes, Naofumi was the weakest as he was selected as a shield hero and was only given a shield to protect the kingdom.

Naofumi initially struggled since many people teased and ridiculed him for being weak, but things improved for him after meeting Filo and Raphtalia. Naofumi began honing his abilities, eventually becoming the strongest man in the Melromarc realm.

I strongly recommend watching The Rising of The Shield Hero if you are looking for an anime where the MC is weak in the beginning but becomes stronger with the passage of time.

Demon Slayer is an action/fantasy anime considered a masterpiece because of its excellent plot, marvelous character design, animation, and superb fighting sequences.

The story focuses on Tanjiro, a regular guy living an ordinary but peaceful life. Tanjiro had been the family’s breadwinner since his father passed away, but one day when Tanjiro was away from home, a demon attacked and slaughtered everyone in his family. Fortunately, his younger sister was still alive, but she was no longer a human.

The demon who attacked Tanjiro’s house turned his little sister into a demon and left. Crying in pain and despair, Tanjiro decided to become strong enough to kill the man responsible for the massacre of his family. This may look like a dream for a man with no fighting abilities, but Tanjiro improved his skills, learned swordsmanship, and joined the Demon Slayer Corps. He is gradually getting closer to his goal, and no one can stop him.