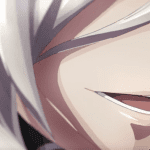 Hello guys, I hope you are doing great. Today, we have something interesting, really interesting, to share with you. You must be wondering what it is; well, let me tell you; today, we will talk about anime where the main character has god-like powers.

Isn’t it interesting to watch anime where the MC is so strong that everyone calls his name when they are in danger? If your answer is yes and you love watching anime with such themes, buckle up because we have compiled a list of top 10 anime you will love.

Without any further ado, let’s get started.

God Eater is an action-packed anime with some fantasy elements, and to give a head start to our list for anime where the main character has god-like powers, this anime is a perfect choice.

This anime is set in 2071 when humanity is on the verge of chaos. Humans are about to go extinct, and the reason behind the extinction is nothing but the man-eating monsters called Aragami. Aragami are so powerful that no one, including the military, could not stop them. Seeing this, a special organization named Fenrir was formed.

The organization was filled with superhumans, and among them was Lenka Utsugi, a powerful and fearless god-eater. As of nature, Lenka is a great man who cares for his friends and family. Is Lenka the savior humanity has been searching for? Let’s find out by watching the anime.

Noragami is an action anime that is famous because of its unique plot, and what makes this anime different from others is its perfectly blended fantasy elements.

The anime is set in a fantasy world and revolves around the story of Yato, a young god struggling to get a shrine for himself. He wants to be worshiped by millions of people, but that is impossible (for now). He was so desperate to get a shrine to his name that he did different kinds of jobs.

His partner grew tired of him and decided to leave him alone. Yato was all alone, but one day, a girl named Hiyori Iki saved him from a car accident, and they immediately became friends. Now that our MC is not alone anymore, what adventure awaits him. It may not look like it, but Yato is extraordinarily powerful, and you will be amazed after seeing him in action.

8. The Misfit of Demon King Academy

The Misfit of Demon King Academy is an action/fantasy anime that has won millions of hearts because of its fascinating high school theme. There is a massive magic and monsters theme.

The war between humans and demons was never-ending. No one could stop the war, and after years of bloodshed and chaos, the demon lord decided to sacrifice himself with the hope of being reincarnated in the future. Finally, things settled down, and to honor his death; the demon race formed a demon academy so they could welcome their king.

Finally, the day came for the reincarnation of the demon king, but when he arrived, he was surprised to see the traditions of this new world. Everyone forgot the sacrifice of the Demon Lord and labeled him as an impostor. What will he do now? Is he going to punish everyone? Watch the anime to find out.

7. The Devil is a Part-Timer

The Devil is a Part-Timer is a comedy, supernatural, fantasy, and romance anime that is surely a perfect thing to watch if you want to lighten up your mood.

The anime revolves around the story of Satan, a Demon Lord feared because of his ruthless nature, but when a legendary hero fought him, he was shaken to death. So, to avoid his death, Satan reincarnated himself in the human realm and decided to live here for the rest of his life.

But how will he survive in this world with an empty pocket and no magical abilities he once used to wield? Well, that’s the fun part. He somehow finds a part-time job in a restaurant and thinks now his life is perfect but wait for the plot twist.

The legendary hero was so determined to wipe out Satan’s existence that she also came after him into this world. So now the story has become fascinating. Make sure you also check our list on best anime with magic and technology.

One-piece is an action, adventure, and fantasy anime; undoubtedly, it is a masterpiece. One-Piece has one of the world’s biggest fanbases and is one of the longest-running anime.

It revolves around the story of Monkey D. Luffy and his journey. When The Pirate King, AKA Gold D. Roger, was sentenced to death by the government, he told everyone that a huge treasure was hidden deep inside the seas. D. Roger’s statement caused a huge hype among many people, and many pirates decided to search for this treasure.

Luffy was fully determined to get his hands on this treasure, but he mistakenly ate a Devil Fruit that took away his ability to swim. Well, that’s nothing in front of Luffy’s determination. So, with a small boat and straw hat on his head, our MC has started his journey to becoming the new Pirate King, and no one could stop him.

Attack on Titan is an action anime that is well known because of its action-packed theme. As a result, it is one of the most hyped anime of all time, and in all honesty, the hype is justified.

After the war between titans and humans, things have finally settled down, but since then, humanity has been living with fear. Titans are a monstrous race that killed and ate humans for pleasure. Now, 100 years have passed, and everyone is living peacefully, but one day, a colossal giant managed to get inside the wall, and things turned upside down from that day.

They killed everyone who tried to stop the giants. Eren Yeager, our MC, witnessed everyone getting killed by these giants, but when he saw her mother getting eaten in front of him, he decided to take revenge. Eren immediately joined the Survey Corps and started a brutal war against the titans.

Dragon Ball Z is an action, adventure, fantasy, and comedy anime, and I don’t think there’s anyone who has not heard of Dragon Ball Z.

After winning the World Martial Arts Tournament, Gokuu decided to leave the fighting and live a peaceful life with his wife and his little son. But one day, when he visited Master Roshi’s place for a reunion, things turned upside down. Goku’s lost brother reached Earth in his spaceship. He revealed that Gokuu is a Saiyan and came here to take him back, but when Gokuu refused to go with him, he kidnapped Gohan.

After teaming up with his old rival, Piccolo, Gokuu kills Raditz and successfully rescues Gohan. But before dying, Raditz tells Gokuu about the incoming threat arriving at Earth rapidly. So what will Z warriors do now? Find out by watching this anime.

This anime is set in a world where Hunters exist and perform various activities such as saving people from different types of crimes, finding a lost thing, and the list goes on and on. The main anime revolves around the story of a 12-year-old kid named Gon. His father disappeared as a child, so he lives with her aunt. Gon’s biggest aim in his life is to become a Hunter just like his father and do good deeds along with finding his father.

Gon’s aunt doesn’t like hunters, and to stop Gon from becoming one, she ordered Gon to catch the biggest fish, and if he failed to catch it, he would give up on his dream of becoming a hunter. Gon happily accepted the challenge and what he did next was just amazing. If you want to know what happened next, go and watch this anime right now.

2. The Rising of The Shield Hero

The Rising of The Shield Hero is one of the best adventure and action anime of all time, and what makes it a remarkable one is its isekai theme.

The story revolves around Naofumi, an ordinary guy who was abruptly summoned to the kingdom of Melromarc as a savior. Luckily, he was not the only person summoned into this realm but what nature did to our MC was not good. While the other three heroes received marvelous skills and powers, our MC was given just a shield to protect himself.

Many people treated him wrongly, and many made fun of him for being weak, but he never gave up and decided to train himself so one day, he could show everyone what he was capable of. So what do you guys think about Naofumi? Let us know in the comments below.

On the number 1 spot for our list of anime where the MC has god-like powers, we have Naruto, an action/adventure anime famous because of its great plot and storyline. Naruto is also one of the longest-running anime of all time.

It revolves around the story of Naruto Uzumaki, our MC, who lost both of his parents the moment he was born. However, before dying, Naruto’s father sealed Nine-Tails inside Naruto, thinking he would bring a change to society in the future. Initially, it was difficult for Naruto to live like this, but slowly, with time, he made some great friends and teachers who supported him in every aspect of life.

From a trouble-making kid to the savior of the ninja world, Naruto’s life was full of adventures, and it is worth watching. I highly recommend you start watching Naruto if you haven’t already.