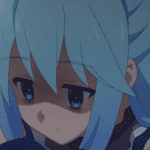 I´ve always been drawn to manga and light novels where the main character is or becomes a god. However, when making this list I realized there really aren’t that many good ones out there! A lot of the manga I have read have a very overpowered main character who is god-like but not a god. This list is just a manga where the MC is a god in the literal sense of the word. Since Creature College is a fantasy blog, I have tried to include as many of that genre in this

I’ve always had a keen interest in manga and light novels where the main character is or becomes a god. However, when making this list, I realized there aren’t that many good ones! Many mangas I have read have a very overpowered main character who is god-like but not a god. This list is just a manga where the MC is a god in the literal sense of the word. Since Creature College is a fantasy blog, I have tried to include many of that genre in this list.

Just a heads up, these are my personal favorites, so that you might disagree, and I am sure I have not read every single manga in the world, so feel free to recommend some to me! The list might contain some light spoilers, so be aware of that.

Also named Ueki, no Housoku is all about fighting. There is a significant tournament with one hundred contestants fighting for the most wanted price in the world. The tournament winner will become the next King of the Celestial world.

The Law of Ueki is a fun read that won’t take a lot of brainpower to follow. The MC his powers are pretty fun, and he is a likable goof. The manga itself is fast-paced, and the plot is pretty average.

The whole story can be condensed into fighting an opponent, defeating him, get a stronger new opponent. The art at the beginning of the manga is a tad sketchy but gets better later on.

Inari Fushimi is a below-average middle school girl. One day after taking a shortcut through a local shrine she stumbles upon a fox pup that is about to drown in the river. She rescues the fox and the shrine goddess Uka-no-Mitama-no-Kami grants Inari some of her power. With this godlike power they can transform anyone she meets.

Granted, it is kind of hard to decide if Inari is a god and should be included on this list. Without spoiling too much, I think she is one. This is a real feel-good romance anime. It is a bit of fantasy, but mostly a rom-com.

The author seems to be a bit unsure what genre he wants to write about. It won’t be your favorite manga of all time, but it does offer a nice change of pace from the usual fantasy I read.

Saint Onniisan is about Jesus and Buddha who try out life in the contemporary world. We get to see Japan through their eyes and the culture and customs they come into contact with.

There isn’t much of a plot to Saint Oniisan, but it is a very interesting manga and a lot of fun. It won the Tezuka Osamu Cultural Prize for Short Work Manga in 2009, which is pretty prestigious!

The manga is hilarious, and it reminded me a lot of The Devil is a part-timer in some ways, where the demon lord gets transported to our world. If you are somewhat familiar with the religions, the entertainment of this manga shoots up immensely. Just read it, it is amazing!

Keiichi Morisato is in college when he accidentally calls a Goddess Helpline. Belldandy, a goddess greets her and tells him he can make a single wish. He thinks it is a joke, and Keiichi wishes the Goddess stays with him forever.

They can not live together as the college Keiichi goes to has male-only dorms. They look for an alternative and find a Buddhist Temple where a young monk lets them stay.

The premise of the plot sounded a lot like Konosuba where Kaizuma takes Aqua with him to a new world. The rest of the story is nothing alike, of course. The manga sold 25 million copies, and for a good reason.

It is just a blast to read. The art and character design are kind of unique but appealing. The manga is very entertaining and is one of the best – if not the best – magical girlfriend manga.

Is it wrong to pick up girls in a dungeon?! Is originally a light novel, but has also been adapted into a manga (and anime). Gods have come down to this world and lead mostly ordinary lives.

These gods recruit humans to do quests for them in the dungeons of this world. By killing these monsters and leveling up they pay tribute to these gods. When Bell almost dies, he gets saved by a mysterious girl and tries to impress her by becoming stronger.

Without spoiling too much, almost our entire main cast is a God, one way or another. The manga is very fun and is the manga with the most fantasy elements on this list.

There isn’t too much romance, and the fighting and leveling up is cool! It is a typical light-hearted comedy with a bit too much harem for my liking, but very entertaining no less.

I think I have mentioned Konosuba on quite a lot of my recommendation lists. The story of Kaizuma who gets reincarnated into a fantasy world and takes a goddess with him is just hilarious. Aqua who is one of our main characters is a Goddess that is kind of worshiped in this world.

Though, her followers are considered to be on the weird side. Our main characters get into trouble all the time while adventuring or just trying to survive. The overall objective of Kaizuma and aqua often takes a step to the side.

I love this manga, but the original light novel is even better in my opinion. The show does not take itself seriously at all, and is an entertaining show start to finish. The cast of misfits is hilarious, and the fact that the plot never progresses is hilarious.

While our party increases in power and has some pretty cool battles, comedy is always the number one in Konosuba. The entire story reads like one masterful parody of all the horrible Isekai shows, books and manga we have had this decade. Definitely give Konosuba a try!

Also known under the name Stray God is all about Yato, a washed-up God that isn’t anything too special. \Yato wants to have his own temple and more worshipers. However, to do that, he needs money and offerings. He takes on odd jobs like finding missing pets from people who pray to him.

Noragami is a quite controversial number one pick, as not everyone is a big fan of the story. However, it is the one where the mc is a god without any question of a doubt. He is not overpowered like often is the trope. Some people think it is completely overrated, and others think it is a hidden gem.

I think it is a great mix of comedy and drama, it has a bit of romance but not too much. I do like the whole theme about morality and mortality. The story is a lot deeper than the first couple of chapters give on.

Conclusion of 7 manga where the MC is a god

In conclusion, these manga all have a similar pattern of a protagonist being godlike and having a story with an ultimate goal. All of them have a different ending, but they all share one thing in common: they are all satisfying to read.

The protagonist is god-like. They are all capable of feats that normal humans can’t do, such as flying and creating anything they want. The stories also follow a similar pattern where the protagonist has an ultimate goal that they are trying to reach.

Do you want to read more awesome manga with an overpowered MC, then check out these mangas like The New Gate!