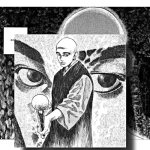 Anime and manga fans have immense love for the cultivation genre. Cultivation stories are about MCs attaining a skill or power to become their best possible version. The learned skills, especially martial arts or supernatural abilities, make them unbeatable.

In addition, Otaku loves seeing characters going OP. So for such fans, I list some of the best cultivation manga below.  I have not included Chinese Cultivation manga and will write a separate article on that.

The plot focuses on a 16-year-old boy named Ippo. He is a responsible kid who spends his time helping his mother. However, he is unlike other boys, making him catch some bullies’ attention. One day, some bullies were seen beating him brutally, and Ippo couldn’t do anything but wait for them to finish.

Mamoru, a well-known boxer, sees Ippo getting bullied and comes for help. He takes Ippo to the boxing gym, letting him know he is a fighter in himself. He vows to be a boxer, and the bullying event marks the beginning of Ippo’s journey as a fighter.

Seeing Ippo learn boxing is overwhelming and full of lessons. The readers are forced to rethink their fears and weaknesses.

11. Chivalry Of A Failed Knight

The manga is set in a modern period where magic and mage knights are common. It’s an era humanity can morph their souls into a weapon. Most people are bestowed with powers, but Kurogane Ikki is a failure. He was humiliated by other students in his academy.

Things change with the entry of a new head. New rules forced capable students to team up with weak ones. This way, Ikki got a chance to team up with top student Stella Vermillion. Their first encounter could have been more pleasing, so it was a task to make them work together.

Things settle, and their fight transforms into a cute banter with time. It’s good to see the MC getting powerful. He shocks everyone who considered him a loser once. Overall the development in the story is excellent, and the reader enjoys it till the end.

Kenichi is just an ordinary boy who is a victim of bullying. He is tired of getting bullied and is unable to respond. He decides to learn Karate in his school, but the seniors act no less than bullies. Finally, in a time of distress, a girl named Miu comes for his help.

With her help, he learns martial arts from six masters who are challenging to deal with. It’s thrilling to see Kenichi being OP. Martial arts change his life for good, and he remains no weaker. His will to protect his loved ones gives him the power to be the strongest martial artist in history. It’s one of the best cultivation manga with an OP MC.

Demon Slayer has set a standard in both the manga and the anime world. Its art, animation, and character design are all splendid. In addition, the manga has a separate fan following, keeping all the fans entangled with its enticing plot and action.

It follows the life of Tanjiro Kamado, the family’s eldest child. His life is destroyed drastically when some demons brutally murder his family. His blood burns when he finds his sister turning into a half-demon.

That horrible incident changed his life, and he vowed to become a demon slayer to avenge his family’s death. It’s fun to see Tanjiro training as a demon slayer and smashing the demons.

The manga community’s favorite manga and anime have also taken the internet by storm. Chainsaw Man highlights the life of Denji, who is indebted. The story starts with the boy as he finds ways to pay off the debt. Then, after twists and turns, he finds a way and starts working for the Yakuza.

His job included hunting devils, and he was doing it well with his devil dog Pochita. Unfortunately, after some events, the Yakuza betrayed him and murdered him brutally. However, all thanks to Pocihita, who fused with him and saved his life.

Now Denji is no ordinary human but a Chainsaw man. It’s fun to see Denji as the strongest devil hunter. The manga is good but not recommended for light-hearted people because of its gore themes. Otherwise, seeing the MC improving at each step is super fun.

7. Seraph of the End

The manga is set when a virus starts killing people above 13. In a time of chaos, the vampires began rising to rule the world. Yuuichiro Amane is the MC who aspires to free the world from vampire control.

It’s not easy to escape from them, so defeating them comes after. However, Yuuichiro doesn’t lose hope, and with the help of his fellow orphans, he plans against the deadly vampires. After different attempts, he finally escapes.

Later, he joins the Demon army to become strong enough to defeat the vampires. The action, stress, and dangers that come their way engage the readers.

There is swordsmanship, action, martial arts, and a lot more. This story is about two different clans who are not on good terms. Some events force them to have a proxy war where the winning party will become the successor. There are twenty main characters, ten from each clan. And the best part is that you will find every character skilled in a way different from the others.

It’s absolutely fun to see all of them improving as a warrior. The plot makes this manga very close to being called the best cultivation manga. The manga is extremely pretty in terms of its art, characters, and plot, with a plus point that it is short.

It won’t cost any reader more than 2 hours. Because it is all about two clans against each other, showing off their skills.

5. Blade Of The Immortal

Several fans crave seeing immortal fighters. The fact that they are skilled and immortal earns them a reputation in the manga and otakudom. This is the story of Manji, who was relentless enough to take the lives of 100 innocent men.

After living as a murderer, he regrets his actions. His life takes a turn when he decides to atone for his sins. Unfortunately, his way of atonement wasn’t a pious one. Manji uses his mercilessness to eradicate all evil men.

If he succeeds in accomplishing the mission, his curse of immortality will be removed. The thing is, eradicating evil is more difficult than eradicating good. Will Manji be able to succeed?

4. Sumo Of The Rising Sun

If you like combat sports, then you will find no reason not to love this one. Ushio is a short young boy who doesn’t fit to be a sumo player. However, he shocks everyone who thinks he is unsuitable for sports. He vows to earn the title of the best sumo player.

Well, will he be able to achieve it? Every character in the manga has a prominent role that makes the story engaging. It’s just like any other sports manga, ensuring readers enjoy it. The plot has good pacing with even better character development.

Martial arts have their charm, whether in anime or manga. Gamaran is set in historical times when martial arts was at its peak. The ruler of Unabara state, famous as the Haunt Of Demon for its martial artists, wants a successor. Therefore, he orders his sons to look for a martial artist who is the strongest.

The selected martial artist will then have a battle, and the survivor will become the successor. Gamaran highlights the life of Gama Kurogane, who was chosen by one of the ruler’s sons.

Gama is a passionate guy who dreams of being the strongest martial artist. The manga is loved for its action, history, and beautiful art style. The way the Mc learns martial arts makes it a perfect cultivation manga.

This is another action-based manga that follows the life of Kiibo. The manga highlights the tough journey of his struggles to become the best fighter like Bruce Lee. However, his dream to be the best is not easy to achieve because other remarkable fighters are standing in his way.

This one will set in like water because there is the only action in it, and the plot develops with that single topic. However, it’s amusing to see different characters with unique fighting styles. The art and characters are good, and the best thing is all the characters have a proper backstory. In short, don’t worry about the manga being bland!

Samurai and swordsmen have unique swag, and the same goes for Shinmen. Everyone fears him due to his aggressive and rough attitude. Shinemen, along with his best buddy Matahachi joins the Toyotomi army. In a battle, their army is defeated brutally, and the boys barely find a way to survive.

Shinmen decides to inform Matahachi’s family about his survival. Things turn out to be shocking when he finds himself wanted for murdering Matahachi. People imprison him for a crime he never did.

After spending some time as a prisoner, a monk helps him. He gives him a new identity with a name: “Musashi Miyamoto.” Vagabond is Musashi’s journey and how he transforms from a swordsman to a warrior.

The world of manga is vast, where we find unique stories. Therefore, fans crave to read a specific category of manga, i.e., cultivation manga. Seeing the main characters learning skills and being the strongest is fun.