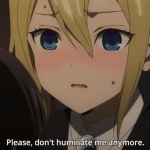 Romance manga with a cold female lead or male lead is equally popular. They have an exceptional charm that forces people to adore them.

When it comes to manga, such leads are ideal! Below, I will be recommending some romance manga with cold female leads.

Maid-Sama has set a standard for rom-com, and it’s not easy to beat this manga. Everything about it is splendid, be it the plot, characters, humor, or art. As the name suggests, Maid Sama follows the story of a maid, but it’s not a cliche one!

Misaki is our cold female lead who studies on a scholarship and secretly works as a maid. She is feared in school, and no one dares to speak against her, even our male lead, Usui Takumi.

Her secrets remain no more hidden when Usui sees her working in a restaurant. The brave Misaki is now forced to fear Usui to keep her job a secret.

The incident marks the beginning of their cute banter, which later turns into romance. If you like romcoms, this is the perfect one to begin with!

Yuki Machida is our responsible female lead whose life made her cold enough to sacrifice her wants. Being the eldest child isn’t easy, and Yuki defines it perfectly. However, her tough life gets tougher when a spoiled brat, Shou, joins the basketball team.

He finds the cold and emotionless Yuki attractive and tries everything to win her love. If you are thinking something sweet about the boy, you are wrong!

He is bold enough to kiss and go intimate with her out of the blue. One can never expect what would be the next thing hitting you if it comes to Shou.

How many of you have a crush on someone but don’t dare to face them? Don’t worry; you are not alone. Mitsuki is like you, who has lost her heart to her neighbor, Ren. Unfortunately, not just Mitsuki but a lot of girls admire the boy. The story begins with sudden twists and turns, resulting in Mitsuki becoming a vampire.

It’s a very short manga, almost five chapters, but the story development is good. I am afraid I can’t tell you more about the story because nothing will be left for you to read.

It’s a very predictable story, but it doesn’t make it less entertaining. The art style is likable, with an engaging plot.

There is a mystery and a lot of romance so hold your hearts firmly before reading it. Mikoto Urabe is our mysterious, weird, cold female lead who doesn’t care about things around her. Everyone in her class avoids her, and she doesn’t care.

On the other hand, there is Akira, who sits beside her and is very intrigued about her. Some incidents force both to help each other, and they get intimate in no time.

It’s not an ordinary romantic story, so you can’t predict what it will bring in the next moment. The art is good, with a decent slice-of-life feel, but I won’t say it’s the best I have seen.

It’s a complex love story as the plot doesn’t solely focus on two M.C.s. Instead, it’s a typical love triangle where Kyosuke, the male lead, falls in love with Madoka, the female lead. Things were supposed to run smoothly between the two as the girl liked Kyosuke.

However, she has a best friend, Hikaru, who also feels for Kyosuke. Madoka lands where she has to choose between her lover and her best buddy. Apart from the complicated love story, there is more to it as it’s a supernatural-themed manga.

Kyosuke’s powers play a huge role in making his life troublesome. The character writing and the manga’s ideas are amusing and entangle the readers from the beginning.

Hitagi Senjougahara is the perfect girl if you want to see a female lead in a romance manga. She is a tough, aggressive, and cold-hearted girl, with many reasons justifying her behavior. The manga is not just bound to be romance but a combo of action, comedy, romance, mystery, and much more.

Koyomi Aragi is the male lead whose life turns upside down when he becomes a vampire. In a moment of distress, his encounter with Hitagi proves beneficial. The duo decides to help each other by finding the solution to different problems surrounding them.

The romance does begin, but it’s slow-paced in that perspective. If you think it will be a cliche vampire romance, then no, my lord, Bakemonogatari offers much more! Not just its manga, but the anime got very popular mainly because of its unique characters and unpredictable plot.

Apathetic is the most appropriate word to describe Shizuku, which makes her a cold female lead. Shizuku maintains her personality as someone who won’t care about others.

She is more into books, and her life revolves around her only goal to be successful. However, nothing remains the same forever, and the same goes for her when she is forced to give notes to Yoshida.

The boy is notorious for being a delinquent and a rusticated student. He is very rude and aggressive but has a soft side. Love blossoming between the two friends helps in developing the story.

The good thing is that it engages the reader in a way that one is forced to finish it to the end. Overall, the characters are all adorable and appealing with a cute art style.

Kaguya and Miyuki are the manga’s main characters and the school’s top students. Other students already consider them a couple for their unique chemistry. Though in reality, they are no less than ordinary schoolmates. Since it’s a rom-com, it’s obvious that both will become lovers.

However, the story is a little slow-paced. You will have to go through some chapters before you see the leads showing some feelings for each other. Both end up loving each other but are self-centered enough to wait for the other to confess. They would go to any extent, forcing the other to express themselves.

The plot progresses, and we see the M.C.s planning to make the other confess. Their ego makes it hilarious to read but annoying at the same time. It’s one of the most popular romance manga with a cold female lead and has an equally popular anime version.

Betrayal changes a person completely; the same goes for our Princess Yona. She witnessed the brutal murder of her father by none other than her lover Soo-won. The incident changed her cheerful personality into a cold one.

Her journey from the sweet princess to a dauntless lady is magnificent. We have seen cold female leads, but this manga will show what forces a person to become cold.

Luckily, Yona’s friend, Hak, stood by her through thick and thin and never let her feel alone. The duo starts their journey of finding the legendary dragons to find the answer to their problems.

The romance is a slow burn, so you will find it slow-paced from that perspective. However, the story development is great, with likable twists and turns. It might not be the most attractive if we talk about art, but it sure is appealing.

Naoto is a spoiled rich brat who has been famous throughout his school journey, not just among girls but everyone. He grew up being the school’s hero, and only one person gave him tough competition.

Mikoto is an emotionally cold and gloomy girl who always beats Naoto after getting the top scores. The boy couldn’t find a way to win against the girl, which was hurting his ego.

In college, they met again, and this time the boy decided to change history. He vowed to defeat her by betraying her after making her fall in love. However, things start getting complicated with him losing his heart to Mikoto.

Comedy, romance, and drama entertain the readers through and through. For the art, I would be giving it 8/10 marks because it’s good but not the best. Overall, it’s a great romance manga with a cold female lead.

This is a rivalry between the school’s best ones, Hikari, the confident yet always number 2, and Kei, the ever so handsome and number 1. Hikari’s life was running smoothly, winning the position of the number one student till Kei entered the school.

Doesn’t matter the hard work; she could never beat Kei. Time passed, and they joined a high school and became a part of Special A.

S.A., a class of the top 7 students, with Kei as number 1 and Hikari as number 2. The girl’s battle was still the same to beat each other, but their feelings didn’t remain the same this time.

Even after having clashes among them, love sparks between these friendly rivals and brings them closer than ever. The banter and fights between the M.C.s are very sweet, and one can’t do anything but adore them both.

Mei is a very strong girl, and being part of the kendo club adds more strength. She is more like a boy, very masculine, whereas her friend Shirou is more like a girl. Mei can do everything a boy can, and Shirou can do anything that a girl can.

Both fit perfectly with each other. Shirou starts developing feelings for his friend but for Mei, getting stronger is the only thing that matters. Their relationship improves slowly when Mei starts thinking about their unique relationship.

It’s a very different idea for a romance story, and the author nailed it. The storytelling is also perfectly done where it feels like the author is educating readers about different perspectives of the story.

Manga with cold female leads has a different fandom. Many readers like to see strong anime girls in different genres. The list undoubtedly contains a few from the many of the best romance manga with the strong female leads I got my hands on. If you have read any of them, don’t forget to update me.