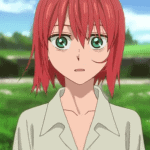 Imagine the agony of otaku if they could only watch their favorite anime and couldn’t understand it because of the language barrier. To increase the scale of the target audience, anime is dubbed in various languages. It increases their popularity by leaps and bounds, and otaku like us worldwide are blessed by the best.

So, below are some famous dubbed anime with a female lead that steals the show.

Who doesn’t like a girl in action? Well, only those who think girls are pretty in pink. Undoubtedly they are, but girls can become dominating and extremely strong even with a sailor uniform and a slim physique. Our protagonist here is Ryuuko Matoi. With a slender physique and a black sailor uniform, this girl deals with mighty opponents single-handedly.

The famous anime with multiple adaptations in multiple languages, Kill la Kill, is the story of a teenager and plucky girl followed by fantasy. Ryuuko is set on avenging her father, and in search of the culprit, she lands in Honnouji Academy. It is an academy where the uniforms are made of alien life fibers. They are like your stylish armors. Cool, no?

If this isn’t enough to hook you, the next one might. The academy harbors students with extraordinary abilities and superhuman strength with a ranking system. Ryuuko is plenty strong as she can use her scissor-like weapons without effort. However, her brilliance and dominating aura bring the Academy head and her daughter Satsuki against her.

Ryuuko’s troubled life filled with mystery, drama, power-oriented fights, and thrills is surely not the one to miss. If you like gory action sequences and strong girls with a dark past, then Kill la Kill will satisfy you in multiple ways. I just love this anime with magic and fighting a lot. On to the next entery on our list of dubbed anime with female lead.

How about twisting the tale of Snow White a little bit? As the name tells, Snow White with Red Hair is another captivating story of a brave, spirited girl named Shirayuki. The anime begins with Shirayuki, a red-haired girl, on the run because of certain circumstances.

Her desperate running ends when she meets a handsome man with silver hair named Zen. As Shirayuki helps Zen with her skills in herbs, it sparks something between them. The story progresses with Shirayuki following Zen to his kingdom.

Oh, I forgot to mention Zen is the protagonist surely, but he is a Prince, straight out of the fairy tale. You will know when you watch this one. So, yeah, Snow White with Red Hair is a fairy tale through and through.

The dubbed anime with female lead is surely slow, so it might not suit your taste. However, the character development, protagonists’ trials relating to reality, politics, and enthusiastic characters are surely worth watching. Additionally, Shiryauki’s love for herbs and her passion for becoming a pharmacist will motivate many.

The anime and manga also belong on our list with best romance manga with a badass main character for sure!

Whether you are a fan of shounen or horror or anything else, I bet you must have heard about Nana. It is one of the best and most popular female-oriented shoujo anime based on the josei demographics. Nana is widely applauded for its eccentric story, close-to-real-life characters, and practical approach. So, if anyone says anime is for kids, advise them to see Nana for starters.

The dubbed anime with female lead revolves around two female protagonists sharing the same name Nana. However, even with the same name, the girls are completely different. Or it would be better to say that each has something the other lacks. Their first interaction happens on a train, and the duo hits off.

They begin their life together in Tokyo as they share an apartment. The plot develops with their growth as Nana Komatsu learns to be bold and confident in how to make her own decisions and own them!

Simultaneously Nana Osaki learns to form bonds with her friends to grow as a musician, cope with other people as part of growing, and much more.

Watching emotionally strong, bold, and sturdy characters is fun for a change of pace.

The next one is another dubbed anime where the female lead is a fireball or, should I say, a cherry bomb. This anime is a trendsetter. The story is a bit slow, but once it picks up the pace, it will cast its spell on you. Yona gained her popularity from the manga named Akatsuki no Yona and became a queen of hearts with its anime adaptation.

The story showcases a pampered red-haired princess Yona as her happy life turns into a tragic one in mere seconds. The 16-year-old Yona, who knows nothing about the world but only love, gets betrayed by the one she loves. Yona’s loyal bodyguard, Hak, is her only ally in her collapsing world.

The dubbed anime with female lead spans their journey as the duo face death multiple times. Finally, Yona decides to change to protect the people she cherishes. Her character development will give you goosebumps on multiple occasions. The plot develops as the duo travels the kingdom and team up with four exceptional human warriors that hold the dragon’s blood.

With fantasy surrounding, the historical story of Princess Yona begins following battles, politics, trials, and love. You gotta see this one if royalty and politics entice you.

Time for something unique yet artistic and heartwarming. If magic attracts you and supernatural beings excite you, I offer you this masterpiece. This anime gets a perfect score in terms of animation, plot, characters, and development, and the perfect blend of genre.

The dubbed anime with female lead starts with a heartrending story of a 15-year-old girl named Hitori Chise. She lived her life as an unwanted and ignored child. Finally, after suffering all her life from loneliness and rejection, she becomes desperate to find someone, anyone who would acknowledge her existence. Thus enters Mr. Protagonist, the great wizard Elias Ainsworth, to save the damsel in distress.

Her depressing life becomes a fairy tale as she enters the domain of dragons, talking animals, and magic. To add more spice, she can see otherworldly beings that leave no chance to upset her. Finally, Elias, the strange wizard with a skull in place of a face, declares Chise his to-be-bride to save her from the unruly creatures and begins their unusual tale.

The story develops slowly as the characters grow closer, leaving a sweet aftertaste.

I know there is plenty of dubbed anime that have been popular for more than a decade now. However, I have selected a few best with a blend of different genres. Each has a plus point in the story, animation, and character development. The prominent similarity they share is a strong and aggressive female lead.

There are numerous other anime with a much more captivating story. However, those mentioned above are surely at the top when discussing aesthetics and class. Try them if the plot piques your interest. Your time will surely be put to good use.