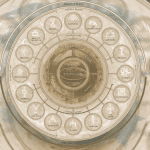 There are a lot of exciting spells in DnD that are vastly more powerful when a creative player is using them. For example, plane Shift 5e is one of the more potent spells when you know how to think about your feat.

In this guide, we will tell you everything there is about to know about using Plane Shift 5e DnD. Our expert DM will tell you how the spell works, some of the best uses, and advise on whether Plane Shift is worth picking.

What is Plane Shift 5e, and how does it work

As you see, there is a material requirement. Not many metal rods are worth 250 GP, so an ordinary rod won’t do. On the other hand, metal is pretty broad, so the rod can be made of silver or gold.

When you cast Plane shift, you can touch up to 8 willing creatures and lock hands with them. You can then transport to a different existent. You can target a specific place or destination.

The spell can also banish other creatures to a different plane. First, you must pick a target and make a melee spell attack against the target. Then, the creature must make a Charisma saving throw when you hit. When the creature fails the saving throw, you can transport it to a random location on the plane of existence you have specified.

This second use is pretty fun and helpful in battle. If you can make the melee spell attack, you can yeeeet a lot of solid targets from the battlefield.

Powerful effect: Plane Shift has double use. Teleporting you (and allies) and the enemy. The price for teleport is also relatively low. You only need a rod of 250 GP to transport up to 9 targets (you + 8 others) to various places.

Great to ban creatures: depending on where you send the creatures, it can be challenging for the target to escape. Some of these planes are deadly for creatures. However, your DM might restrict those.

The material: DMs who have previously dealt with Plane Shift in 5e might make the material component extremely hard to obtain a metal rod worth at least 250 GP. Getting the rod might be complicated and a one-time occurrence. Nerfing the spell so much that you can only use it a few times in your entire campaign.

Melee attack: It can be hard to hit the target as a magic caster. Even more so when your target is a high-level monster that can avoid you or if it has a high CHA score. The odds are pretty high that your attack will fail, and you will be in the melee range of a strong counterattack.

1. Getting rid of strong monsters

The most potent use for many is plane shifts to get strong opponents from the battlefield. You can’t just send them to a random plane using this powerful magic, but you can also pick out a specific plane.

Being able to pick out a particular plane to yeeeet monsters, too, is a great way to kill them. I once saw one of my players send a monster to the demi-plane of bears. Let’s just say it took quite a while for that enemy to show up again.

Plane Shift 5e is entirely reasonable to teleport. While the regular teleport spell is also a level 7 spell, there is quite a big chance that something goes wrong if you are not thoroughly familiar with the location where you are going.

Plane shift, on the other hand, is also a level 7 spell, but you don’t need to know the exact location you are going. So you will always succeed when using the spell. The only downside is that it is not as accurate, and you need to spend more money to operate the teleport as the material is expensive.

3. Messing with your players

It isn’t just the players who can use Plane Shift 5e. If you are a DM and send a Mind Flayer at your players, you can use this spell to transport one of them away. This might be a fun way to start a rescue quest.

One little problem with this; mind flayers can only cast Plane Shift on themselves. That means you will have to change the rules of the spell just a bit to make it possible to use it on players too.

Plane Shift is one of these ultimate save or suck attacks in 5e DnD. The effect is impressive if you pull it off and transport another creature to a far-away plane. It removes an enemy from the battlefield and can finish it.

If your plane shift 5e attack fails, you are in a bad situation. The attack will have no effect, and your character (who likely has a pretty low CON and bad AC) is within the melee range of an enemy.

Your DM has a lot of power over how helpful this spell is or not. Because it requires a rare item, you might not be able to use Plane Shift a lot. If your Dungeon Master opts to only give you a rod after challenging quests or not at all, you won’t be much with the spell.

Where can the plane shift take you?

The plane shift can bring you to any plane of which you know the general location. These planes include demi-planes too. You can also transport yourself and willing creatures or a target to a plane hostile to mortal beings and lethal.

To use the plane shift 5e DnD spell, you will need a metal rod worth at least 250 gold pieces. It is up to your DM to decide how easy it is to get a rod like that. It is very well possible that he will make this rod a tough item to obtain. So, make sure you know what your DM is planning before you pick this spell.