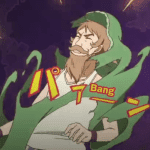 Interested in imprisoning creatures or protecting important NPCs? Well, Forcecage 5e might be just the evocation you are looking for! Today, we will discuss Forcecage in-depth and give you all the tips you need as a DM and player to use and counter it effectively.

What is Forcecage 5e?

For this spell, you might want to read our Money Making in 5e DnD guide. 1500 GP is no small amount. It is equivalent to about 150k USD, so if you want to cast the spell, you will need a steady source of coin to get to that amount. Many DMs also prefer the earlier versions of the spell where it does consume the ruby dust. In 5e, Forcecage does not consume ruby dust.

When you cast the Forcecage evocation, you create an immobile, cube-shaped invisible prison. The prison appears within the range of the spell and can be a cage or a solid box.

The size of the magical prison, if you opt for a cage, is up to 20 feet on all sides and has ½-inch bars, ½ inch apart from each other.

If you create a box, the prison can be up to 10 feet on each side and has a solid barrier. Nothing can pass through it, and it blocks all spells fired from or on the box.

All creatures that are the size of the forcecage area are trapped; if they do not fit or are partially outside, they have been pushed away from the center of the cage until they are entirely outside.

Creatures can not leave with force or nonmagical means. Instead, they need to teleport or use spells like Plain Shift 5e to get out. If they try this, they must succeed in a CHA saving throw. If they fail, they can not exit the cage.

Note 1: the cage can not be escaped by ethereal travel, as it also covers the Ethereal plane.

Note 2: The Force cage can not be dispelled by another creature using dispel magic.

Powerful: Forcecage is a mighty level 7 spell. When fighting multiple enemies in high-level combat, you can often lock one away for a couple of turns by using a forcecage in the beginning.

Useful for protection: are you being ambushed or attacked on the road and have valuable loot or an NPC that needs to be protected at all cost? Just use a forcecage and make it immune to attacks from the outside. Spells and creatures won’t be able to enter the cage, and you will be able to focus on fighting your attacks and not protecting the NPC or treasure.

Expensive materials: The Ruby Dust needed to cast the spell is quite costly. The materials cost 1500 GP, so you won’t be able to fire this spell every fight unless your DM is generous with giving loot.

It can be game-breaking: this is mainly a drawback for DMs who don’t make their encounters forcecage-proof. When you send two strong enemies at your players, they can often force one of the two encounters into a cage, making the fight a lot easier.

A great way to make an encounter a lot easier is by using a forcecage to lock away the boss or one of the stronger minions. When the spell works and can trap one of the monsters you encounter, a battle can go from impossible to win to medium difficulty. Forcecage is a spell that DMs need to think about countering.

An excellent way to counter it is by giving important NPCs a cloak of teleportation or another item that can get them out of there. That way, the NPC can get out of the forcecage quickly. But, of course, your players will also have a chance to get the cloak as loot, making it well worth fighting them and not fleeing.

2. Protecting an NPC or loot

As you can deduct from the description, you can not shoot spells at or from the forcecage in 5e DnD. That means they can get killed or stolen when you have the box around an NPC or your loot. This use is handy when your quest is to protect an NPC and escort him to some place without dying.

Having them in a secure location takes a lot of difficulty out of the fight, thanks to the fact you don’t have to spend resources and actions defending the NPC. Thanks to that, you and your team can fully concentrate on the monsters ambushing and fighting you.

Is there an NPC you don’t want to chase around? Have you encountered a rare and valuable creature that you want to catch? Then, a forcecage is just what you need to ensure your target is not getting away anytime soon.

Thanks to the quite large space of the cage (20 by 20 feet), you can trap quite a lot of creatures inside. This might be handy if you want to interrogate them by combining this spell with a zone of truth.

If you are doing a bounty hunting quest and are taking down a bandit camp, this is also a great spell to catch as many of them alive as possible.

How do you escape from Forcecage 5e?

The easiest way to escape from the cage is by teleporting out of the cage. To do this, you need to make a successful Charisma saving throw.

How to get rid of Forcecage 5e?

You can get rid of the forcecage in 5e by killing the caster. However, to escape it, you must use teleportation or interplanar travel and then succeed in a charisma saving throw.

How can you counter Forcecage in 5e DnD?

An excellent way to counter the spell is by having an item that allows you to teleport or travel between planes. An excellent example of this would be the cloak of teleportation.

Can you cast spells out of Forcecage?

In 5e DnD, Forcecage no longer consumes the ruby dust. However, many DMs prefer the rules from the earlier editions, where it does consume the dust.