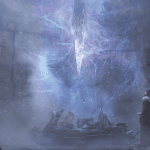 Are you wondering what subclasses and classes are the best frontliners in 5e DnD? Then, you are lucky, as we have written an article about that. This guide will tell you the best tank builts for your party’s frontline and what classes you should pick to ensure you survive combat when you are in the thick of it.

Check out these two guides if you want to know more than the best frontliners in 5e when building a DnD character!

What is a frontliner in 5e?

A frontline in 5e DnD is the party member or party member that will be first in line to fight any enemies you encounter in close combat. These will most likely need good melee attacks, be tanky enough to take damage, and have some escape method in case they get overwhelmed.

A frontliner and a tank aren’t the same things. You can have a glass cannon on the front line if you have a way to reduce or negate the damage done to that frontliner. A tank, by definition, will always be on the frontline but won’t always be the primary damage dealer for those fighting in close combat.

Generally speaking, in 5e DnD, every party needs a frontliner. This can be a tank or someone who will fight with melee in close combat. Then, the rest of the party will fight at medium and long-distance and make sure they survive.

Best classes for a Frontliner in 5e DnD

In our opinion, the best class you want as a frontliner for your party in 5e is the barbarian. From level 1 to level 20, barbarians make great HP tanks that can also dish out massive damage.

The bear totem barbarian is probably the best (sub)class for a frontliner in all editions of Dungeons and Dragons. If you have the excellent weapon master feat and the reckless attacks feat combination, the damage you will do is stunning.

This build also takes half damage from almost every type of damage and gets a ton of (defensive) abilities. So you can also tank, destroying whatever is trying to attack you simultaneously.

There are a couple of races that make powerful frontline barbarians. These are dwarves and Goliaths.

Suppose you have a dedicated tank on the front lines or have a great way to reroute the damage from your foes to allies like the Planar Ally or Greater demon. The Eldritch knight is great to hold the line as long as they are part of a team. They don’t lose concentration quickly, and thanks to spells like Haste and Blur, they can take a significant amount of damage.

To make your Eldritch knight even better on the frontlines, you will need to have additional spells like Blade Ward Absorb Elements and (of course) Shield. This frontliner 5e built will allow you to deal significant damage and take a punch if needed.

Another good pick for the title of best Frontliner in 5e DnD is the Paladin. These are amazing if you need to tank hits from magic casters. There isn’t a class in Dungeons and Dragons that has a better overall magic defense.

Paladins are extremely potent front liners if your enemy has spells or abilities that can cause fear, paralysis, stun or banish. If you don’t have a reliable healer, a Paladin has more than enough bulk and tricks to stay alive on the frontlines.

Besides being fantastic at tanking mages, they are pretty decent all around and very flexible. You can make a frontliner that prioritizes damage just as well as one that can take a massive amount of damage.

Druids are the best magic users to have on your frontline. However, you do need to keep a few things in mind to make a fantastic frontliner out of a druid. Not optimizing for close combat can be costly and cost your character his life before you even know it.

The best frontliner Druid is a moon druid. This subclass is fantastic at killing enemies, taking tons of damage, and brushing it off as if nothing happened. However, a level two moon druid can turn into insane monsters. For example, you can change into a Dire Wolf, which has 37 HP and can deal decent damage, or if you need to tank massive hits, you can also choose to change into a Giant Hyena. These creatures have 45 hitpoints. If you keep in mind that the average PC of level 2 has between 10 hp to 15 hp, you know how overpowered this is.

These shapechange options scale with your level. At level 6, you can switch to some insanely pretty powerful creatures. For example, you can change to an allosaurus or a Giant constrictor snake, both dealing significant damage and can take a punch. At level 10, you can become an earth elemental of 126 HP.

Because the moon druid has so many options to shapechange in, in 5e DnD, you always have a fantastic option to pick from. However, this also has a slight downside: if you don’t have a lot of experience in Dungeons and Dragons, it is easy to miss the best option or pick an option with quite a significant downside.

We have written two guides that are perfect if you want to use your Druid as a frontliner in 5e.

Another great contender for the title of best frontliner in DnD is the fighter. First, however, you must pick a subclass to make the most of this class. Here are a few fighter subclasses you need to consider when you want to make a fighter that deals a ton of damage and survives.

Generally speaking, Fighters are mainly there to deal damage on the frontline. So it would help if you had a tank as your other frontliner to back up your fighter. If you are the only one of your party fighting in close combat with the enemies, you will want to have a battle master fighter that has invested a ton in AC.

Time for our controversial pick on the list of best front liners for 5e DnD. Necromancers are great for your frontline as a player and a DM. While a necromancer – hopefully – is not going to fight on the frontlines, he does have hoards of cannon fodder minions who can fight there.

If your undead armies are vast enough, you can keep replacing your frontline while the rest of the party shoots away from long range. As a necromancer, a few spells can give you quite the army right away. If you want to play as a frontline necromancer, I would advise you to read the guides on Finger of Death and how to heal the undead in 5e.

Conclusion on building a Frontline 5e Tank and damage dealer

When you fight on the frontline in 5e DnD, you have many options when considering your class. First, you must ask yourself a few things to get the best possible built for your party. Are there other allies fighting with you on the frontlines? Do you need more muscle, or do you need someone who can soak damage?

Make sure you always have a backup plan to get out of trouble when the fight is too challenging. You should either be able to run away, teleport, or disappear. I enjoy playing as a Druid or a Necromancer on the frontline. They spice things up and are incredibly potent.