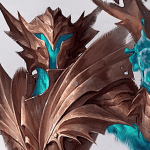 Are you looking to deal a bit more damage as a cleric? Then, only a few spells are more interesting than Flame Strike in 5e DnD. In this article, we will look at how you can use this evocation to buff up your cleric and fight the hordes of monsters coming your way.

If you want to read more about how to make a strong cleric, the following guides are strongly advised:

Contents hide
What is Flame Strike 5e, and how does it work
Attributes
Spell description
Flame Strike advantages and drawbacks
Best uses for Flame Strike 5e
1. Deal decent damage as a Cleric
2. Kill burrowing creatures
3. Hitting targets in the air
4. Have an AOE damage spell for diverse groups of creatures
Advice and final thoughts
Flame Strike FAQ
What is better, Flame strike vs. Fireball?
Is Flame Strike 5e a good spell?
Related Posts:

What is Flame Strike 5e, and how does it work

As you see, the spell needs all three components. First, you need to have a pinch of sulfur to be able to use Flame Strike 5e.

When you cast Flame Strike, you evoke a vertical column of 40 feet high with a radius of 10 feet of divine fire. Therefore, you need to choose a location within 60 feet to cast it, and every creature within that 10-foot radius needs to make a DEX saving throw.

A creature that fails the DEX safe will take 4d6 fire damage and 4d6 radiant damage. However, if the creature succeeds in the saving throw, the creature will only take half the damage.

You can also upcast the spell by putting it in a higher spell slot. For example, if you put the spell in the 6th spell slot or higher, you will deal 1d6 fire and radiant damage extra for every slot above the 5th.

Needs materials: I don’t like spells that use many components. Spells that only use one or two components are much more convenient. If you don’t have sulfur in your pocket, you won’t be able to use the spell.

Small Radius: A radius of 10 feet for an AOE spell of the 5th level just isn’t good. You will need to cast this spell in tiny spaces to damage a lot of enemies at the same time.

1. Deal decent damage as a Cleric

As a cleric, there aren’t many options to deal fantastic damage to your opponents. The cleric is the quintessential supporting character, which can get boring. If you don’t have a Light Domain Cleric, you don’t get spells like Fireball.

Flame Strike is an excellent option to deal damage to multiple enemies. The fact that you can upcast the spell is also a big plus if you want to buff your character a bit in the damage department.

There aren’t many spells that specify that they go down too. Flame strike 5e is a spell that explicitly says that there is a pillar going down for 40 feet. If your DM is a stifler for the rules and some reason says that a spell can’t hit burrowing creatures like the Ice elemental 5e (or those going downstairs somewhere), Flame Strike is a good option.

The is nothing that says that a flame strike can not travel through materials. So, depending on what your Dungeon Master tells you, you can use this to attack monsters in underground travels.

3. Hitting targets in the air

If you are looking for a fun spell that can hit multiple targets in the air, a Flame strike is one of the best options for a cleric to attack targets in the air. Thanks to this AOE spell, you can hit as many targets as you want in a radius of 10 feet and a cylinder of 40 feet high.

The spell is excellent for when your Dungeon Master says something like, “the enemies are circling above you.” So if you are about to fight a Four-Armed Gargoyle and his minions, this is the spell you need to make a direct impact if you are a Cleric.

4. Have an AOE damage spell for diverse groups of creatures

There aren’t many attacks that are Area of Effect and can deal two types of damage. While fire is a common resistance and immunity for creatures, radiant damage is not. If you use this attack, you might be able to deal a lot more damage thanks to the fact you can skirt around one immunity or hit them with an attack they are weak to.

The flame strike is an okay spell. However, it is nowhere near the power of Fireball at the lower levels. Unfortunately, as a Cleric, this is what you will have to work with. A flame strike is in no way a bad spell. Because you deal both radiant and fire damage, you can almost always deal some severe damage and bypass immunities your opponents might have.

Check out these guides if you enjoyed this guide and are trying to make an influential cleric!

What is better, Flame strike vs. Fireball?

Generally speaking, Fireball is a better spell in Dungeons and Dragons 5e. This is because it deals more damage, has a larger radius, and you only need a level 3 slot. However, a flame strike has the advantage of dealing with radiant and fire damage. So if a monster has an immunity to fire, then you can still deal some decent damage thanks to the fact that you deal radiant damage too.

Flame Strike is a pretty fun spell to have on a Cleric. If you don’t have a lot of ways to deal with the damage, using a flame strike is a great way to balance things out. However, the spell is mediocre if you look at all level 5 spells available for all classes.