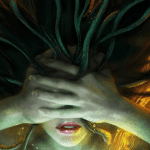 Welcome Wizards, Warlocks and Sorcerers who are looking for some original spells to add to their repertoire. Mind Spike 5e is a fantastic magic attack. You can’t find it in the standard Dungeons and Dragons player handbook, but in the supplementary Xanathar’s Guide to Everything.

This guide will tell you everything you need to know about using Mind Spike in the 5th Edition of D&D. We discuss FAQs, attributes and of course the best and original ways to use this magic.

You might also enjoy the articles about Guardian of Faith 5e and Life Domain Clerics.

Mind Spike: what and how it works

As you see, the spell only needs a somatic component. So you will have to be able to move your hands to use this spell, but you don’t need materials or be able to say something. Also, keep in mind that the spell has not a set range. In the dark, the range of mind spike 5e will be much shorter than in the daylight.

Upcast: You can also upcast the spell by putting it in a higher spell slot. For every slot above the second, you can add 1d8 of damage.

When you cast Mind Spike 5e, you reach into the mind of a creature you can see within range. This creature must make a Wisdom saving throw.

1. Have a fantastic damage option

Having a spell that casts a rarer type of damage is very useful. For example, fire is the most common resistance in 5e. So, if you are relying on spells that use fire (like Flame strike or Fireball) for everything, that might come back to bite you. Psychic damage is a rare damage type.

There aren’t many NPCs that have a high wisdom stat to make saving throws. If you are fighting a strong melee opponent, then Mind Spike 5e is a great option to use. You will almost always have the full damage if they have a low WIS.

If they fail their saving throw but manage to escape, you can still find out where they are. Knowing this allows you to set up a surprise attack and take them down for real.

2. Tracking minions to their base

Besides dealing a decent amount of damage to your target, if they survive, and fail the saving throw, you know where they are exactly. The duration that you know the targets’ location is quite long. This is for the duration of the spell, which is a concentration spell that has a duration of up to 1 hour.

Knowing exactly where your target is, can be extremely useful. You can figure out where exactly they are in this location. This includes them being underground or under the cover of invisibility.

This way, you can figure out the secret base of an enemy much more easily. Just make sure one of the targets is still alive after the battle and let him guide you to the spot where your enemies are. Knowing where the camp is, is perfect if you want to do a surprise attack.

If the pirate or bandit leader you have just hit with mind spike 5e survives it and manages to get away, odds are he is going to run in order to make sure he doesn’t run into your party again.

Most of the time, if they intent to return, they will bury their treasure and belongings in a secret location. Since even peasants did this, having a secret spot to bury valuables is a pretty logical thing to have for a bandit or pirate.

If he is in a hurry and visits that spot within in the hour, you are in luck, as you can just dig up what ever he has hidden as soon as you know where it is.

Mind spike in 5e DnD is powerful, but at higher levels the damage becomes trivial. So your targets will often easily survive this magical attack if this is the only thing you are throwing at them.

Just hit the target with the spell once, and hope they brush it off. Know exactly where they go for an hour and figure out their routine. You might find something to blackmail the highest ranking knight or the arc cleric of the kingdom.

Make sure you don’t start to murder hobo or just mindlessly using this spell to attack whomever whenever. There are better spells to track your targets down, but this is a pretty decent option when you have only Mind Spike at your disposal.

If you are looking for a powerful spell that is fantastic to skirt around immunities your foes might have, then Mind Spike is a great pick for lower-level characters. You can get a lot of interesting utility out of it. Not just is psychic a damage type that not many monsters have resistance against, but the secondary effect is also powerful.

You can do a lot of interesting stuff knowing exactly where your enemy is. You can figure out his hidden valuables, where the lair of the villain is or find out if there are ways to blackmail an NPC.

You might like our guide on Chain Lightning and ensnaring strike too if you are building a new powerful character in DnD 5e.

Is Mind Spike a good spell in 5e DnD?

Yes, at the beginning levels mind spike is quite a good spell. Not only do you deal quite a lot of damage using mind spike, it also has a very good secondary effect. Psychic damage is a great damage type in 5e D&D as not many NPCs have resistance against it. At the later levels, the spell is still useful, but the damage is not really up to par anymore.

Can you upcast Mind Spike 5e?

Is Mind Spike a concentration spell?