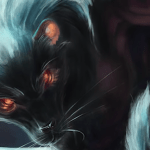 One of the earliest bosses in many Dungeons and Dragons campaigns is the Bandit Captain. This villain and his henchmen make are great for beginning players to experience a fight with a strong bad guy and a ton of minions.

Whether you are a player or a dungeon master, knowing something about Bandit Captains in 5e DnD can be helpful to both in a fight and for roleplaying. In this article, we will tell you everything there is to know about fighting and interacting with a Bandit Captain and how to roleplay a convincing one.

Scimitar: The Bandit Captain uses a scimitar. This melee weapon hits one target, has +5 to hit, and reaches 5 feet. It hits for 6 (1d6 + 3) of slashing damage.

Dagger: Can be used both as a melee or ranged weapon. It has +5 to hit and a reach of 5 feet if you are using melee. If you are throwing the dagger, it has a range of up to 60 feet. The dagger hits for 5 (1d4 + 3) piercing damage.

Multi-attack: The bandit captain makes three melee attacks. Two of these are with a scimitar and one with a dagger. The NPC can also choose to throw two daggers.

Parry: Defensive-wise, the chief can add 2 to its AC against one melee attack that would hit him. To parry, the captain must see the attacker and be wielding a melee weapon.

The bandit captain has to be a strong leader to keep all of the misfits under control. Keeping on top of the food chain is not easy. They need to be cunning, have a strong personality, and know how to make people loyal to them.

A Bandit Captain is always looking for a way to make some extra coin. Not just to make himself rich but to ensure his men are happy and loyal. That is why a bandit leader will do just about anything for gold. The quickest way to get out of a bad situation when being captured by one is by giving him a guarantee of more gold in the future.

Bandit captains are usually depicted as the stand-out leader of a group of bandits. They typically wear masks to conceal their identity, and they often have a distinctive uniform or outfit that sets them apart from the rest of the band.

The leaders of these stealing Orphans grow up to form their little bandit gangs. They have never had any power, and they’ve always wanted it. They started as regular bandits but soon became more powerful than the other bandits because they were so ambitious and ruthless.

He was born into poverty and grew up in a family of thieves. His father’s favorite profession was stealing cattle, which eventually led to his death at the hands of an angry farmer. Bandit captain became the head of his family after that, and he continued the tradition of cattle thievery. He lives with regret for not being able to save his father and feels guilty for not being able to provide for his mother and sister as he should have done.

The bandit captain background is a background that can be taken by any character, except for a cleric, druid, monk, or paladin, unless you are making some kind of wacky redemption arc anti-hero story.

Bandit captains are outlaws who have willingly taken up the life of crime. They live in the wilderness and prey on travelers to make a living. Bandits are often found in small groups and are usually led by a captain who has been successful at surviving for years. These often are usually people who have grown up in poverty, and then they became bandits as a way to get money.

Wondering how to use this creature in a campaign? Here are four ideas you might want to use. These are all pretty easy to implement and can be used in the early levels of a campaign. However, don’t wait too long to introduce this NPC, as your players quickly outmatch them.

A bandit captain is a fantastic demi-boss for lower-level players (+- level 3) to test their skills against. Your players will have to deal with just the captain but with his minions too. These minions can be regular bandits, but you can also opt to add other creatures to the mix, like dogs or even Faerie Dragons, if you want to build an initial encounter.

You do need to watch out that you do not overwhelm your players. When used right, these monsters are a lot stronger than most other creatures on that level. Thanks to the fact that they are bandits, you can also reward your players with a good amount of loot after they have defeated him/her.

Give quests to your players to earn favors and information.

Bandit Captains generally know what is happening in their neck of the woods. Their allies and minions often collect exciting information. Bandit Leaders don’t mind paying a bit of gold or giving some valuable items if you can help them out. Bandit captains can give out exciting quests in the grey zone between morally good and evil.

Getting favors from Bandit Captains is also a great thing. Your party members can get extra information on certain things that are going on around the area, or the gang can help them out if they are in a pinch.

If you are looking for a challenging early encounter without making a big deal about demi-bosses, significant events, and so on, a random bandit gang with a mighty captain is often just fine. However, a band of bandits with their leader is often more challenging than a group of monsters. This is because they have higher intelligence and better teamwork.

Moreover, you often don’t know what tricks they have up their sleeves to get away or stir the fight to their advantage. A good idea as a Dungeon Master is to remember just how much combat experience a bandit group has. They will have had many fights if they have been stealing for years.

Often a Bandit Captain has someone above him who “allows” him to cause the chaos. For example, this can be a noble who wants to cause economic damage to the territory of other competing nobles. Another example is that a couple of cult fanatics are using the profits to fund their activities.

Your players messing with that annoying minor operation can be a massive pain for these more extensive powers at work. This can set things in motion beyond their understanding and have many consequences when dealing with certain NPCs. But, of course, they can also be hunted down by stronger enemies to avenge the bandit leader.

Are you looking for a strong demi-boss for your players with a ton of potential story-telling? Then the Bandit Captain in 5e DnD is a fantastic option. These creatures are fascinating opponents that can leave a ton of loot but also have the tricks to defend their treasure.

Bandit captains in 5e DnD can be encountered everywhere. Imagine a tavern fight with the wrong guy, a ruin exploration turning into a battle for scraps with a gang of bandits, or an adventure guild quest where you have to clear out their nest.

Remember that these NPCs are intelligent, cunning, and know how to fight as a group. As long as you keep those factors in mind, you, as a DM and a Player, will know exactly how to handle this fight.

What are some good items for bandit captains?

Bandit captains in 5e are generally moderately wealthy. They have a few underlings that can help them get valuable items. Almost every bandit captain will have a Bag of Holding or a similar item where they can put most of their possessions. They might also have rings of protection, items that increase their stealth, and their charisma.

Are these fun monsters to use?

Bandit captains are a ton of fun to use. They are one of the earliest creatures you can use that are intelligent, have minions, and have (often) clear goals in mind. Next to their face-value strength and fun, Bandit captains are great for setting larger events and quests in motion as they are often part of a much larger scheme – even if they are entirely oblivious to that.

Are Bandit Captains strong in 5e?

New players should not underestimate this creature. Unlike goblins and kobolds, they are much stronger, more intelligent, and know how to make use of numbers. However, if you are fighting them in bandit headquarters, you should stay aware that traps might lurk around every corner.