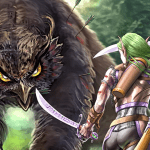 Are you making a new character again? Have you been dreaming about playing as a Warlock for your next campaign? Knowing the best race for a Warlock in 5e DnD might give your character the edge. We are looking at the most critical aspects for the mainstream races to find out why they make great warlocks or not.

To determine which race is the best for a Warlock in 5e, we have looked at a few criteria:

Top 11 races for a warlock build in 5e

Below you will find a ranking of top races to consider for your Warlock in Dungeons and Dragons. Remember that every campaign has different quests, encounters, fights, and random events. So there might be a bit of difference between the top pick for player A and the top choice for Player B!

The build is pretty original and not too overplayed. This helps more experienced players not feel like they are playing the same campaign repeatedly. However, bugbears are not human and are pretty despised by them, so keep that in mind when roleplaying!

From an ability perspective, the Bugbear race also makes an excellent warlock. First, thanks to the Fiend, you get access to scorching Ray, helping you buff your attacks beyond the regular Eldritch Blast. Next, you still get Suprise Attack and the traditional Hex spell for you to work with.

The stat distribution for a BugBear is also just perfect. You get the Charisma you need as a warlock so you can deal consistent damage with your Eldritch spells that roll off your Charisma modifier.

The Eladrin Elf has the advantage of having a perfect spread on the Dex and Cha stats. This spread will aid you in buffing your Cha modifier roll, so you deal more damage with spells like Agonizing Blast. You will also get free teleportation after a short rest, saving you a valuable spell slot.

One of my favorite races for a warlock that strongly depends on magic in 5e is the Fairy. The Fairy has multiple significant advantages over other races. First, you get free Faerie Fire which is always great to have on a warlock. Next, you also get a free flight, which is always great for long-range magic spells like Moonbeam.

Thanks to these spells, you save some valuable spell slots and have many more options. The fact that the stat distribution is good, too, is a fantastic bonus. So it comes as no one’s surprise that Warlock scores this high on the ranking for best classes for a fairy in 5e DnD.

One of the best ‘classic’ races to pick for your Warlock is the human Variant. Due to their versatility, humans will always be a good pick, no matter what kind of Warlock you build.

The Human Variant is fantastic because you can put a +1 in Dex and a +1 in Cha. On top of that, you also get an extra skill and a feat straight at level 1. Thanks to those options, you can make a Warlock that depends on magic, but you can also make a very strong hexblade using this race.

Elves and all their little subraces offer many options when building a character in DnD. Unsurprisingly, one of the best races for a Warlock in 5e traces its origins back to the elves.

Using the Drow Half-Elf variant, we find in SCAG; we get a +2 Cha and +1 Dex increase. We also get free Darkvision and Fey Ancestry on top of that. Thanks to the great innate spellcasting (which rolls of CHA) the Drow Half-Elf has, you get much power to fight with.

Faerie Fire is powerful, and you also get Darkness which you can combine with things like Devil Sight. If you know how to use something like Heavily Obscured and fight enemies that do not have Darksight, you gain a massive advantage in dark places like dense forests and dungeons.

Unfortunately, my favorite Variant, the Wood Elf, does not make a decent build for this class.

The Yuan-Ti are a race many people talk about, but nobody plays them. Well, if you are looking for an excellent excuse to play as one, good news: the Yuan-Ti race makes an awesome race for your Warlock builds!

I would strongly advise the Yaun-Ti race for beginning players building a Warlock. The Yaun-Ti are more durable than most other options and potent attackers. Next to the +2 CHA and +1 DEX, you also get the benefit of poison resistance and magic resistance. These help you out quite well when trying to stay alive and fight on the front lines.

Thanks to these extra defenses, you can skip a few defensive spells you would typically need and pick more offensive power. This race also makes great rogues.

The updated Kenku you find in MMoM is fantastic for Warlocks who want to use more skills. The Kenku from MMoM has two more skill proficiencies on top of your face skills. Kenku Recall’s Advantage is another fantastic addition to this race when building a Warlock, as it makes up for the fact that that class does not have the Enhance Ability.

You also get the right skill distribution, which is an excellent addition. Note: the classic Kenku is not a good pick, so make sure you use the one that has the MMoM ability spread!

If you customize the origins of the classic Kobolt, this becomes one of the top races for a Warlock in 5e DnD. The Kobold gets a +2 increase in Charisma and has darkvision. Unfortunately, you have sunlight sensitivity, forcing you to think about using Pack Tactics in this race. In addition, you need to pick Pact of the Chain to get the necessary familiars for Pact Tactics. So the Kobolt – despite being strong – is pretty limited regarding the freedom of the playing style.

You do get an advantage with Eldritch Blast. If you enjoy being the heavy hitter or crit fisher of the party, this makes up for the previously stated limitations.

If you are looking for an original race for your Warlock that is still strong and can dish out a good amount of damage, then the Satyr is a great pick.

First, you get the +2 Cha and +1 Dex increase you need as an effective Warlock. You also get two skills, an instrument (pretty cool) and strong magic resistance. I have ranked them below the Yaun-Ti as they do not have enough bulk to be used near the front lines. The notable exception is when you are fighting magic casters, thanks to the magic resistance.

The Winged Tiefing is the best thiefling Variant for the Warlock. For some reason, a lot of people think Tieflings, in general, make an excellent race for Warlocks, but I disagree. Therefore, only the Winged Tiefling is worth considering for this build.

Winged Tiefing has a couple of exciting advantages. Next to having a strong ability spread, Darkvision, and Damage resistance, you get a non-magical flight for free. In addition, you can still wear light and medium armor while in the air, so you can make a potent hexblade crossbow build warlock.

Finishing off our list for the best race for a Warlock in 5e DnD is the Verand. Again, you get a great constitution and charisma score. On top of that, the Verdan also has free Persuasion, and Telepathic Insight is great for Role Playing.

The Verdan makes a fantastic Charisma-based spellcaster. You can get a ton of use out of this race and deal a good amount of damage to other parties, thanks to your Charisma modifier.

What makes a good warlock in the 5th edition?

There are a ton of races that make a strong Warlock in 5e DnD. There are a few options that are better than others, but in the end, it comes down to the following factors:

Picking a race for a class can be pretty hard in 5e DnD. You might overthink things and get analysis paralysis. But, on the other hand, picking one too lightly is also bad, as it impacts the rest of your campaign and your character’s effectiveness.

When deciding the best race for your Warlock, I would choose a safe option like the Bugbear or Human Variant. These are versatile, fun to play with, and are not too punishing when you make mistakes.