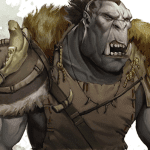 Fans of swords and sorcery, fighting and brawling, and epic damage dealing good news. We are aiming our focus in this article on the best DPR Builds 5e DnD has to offer. As you know, Dungeons and Dragons are never clear-cut, black and white. For example, how much damage you do depends on many factors, such as immunities, levels, resistances, or being able to deal with a crit.

We will look at a few scenarios you might find yourself in and what would be the optimal DPR build in that case. Our expert DM Justin – a DnD DM with over 25 years of experience – is here to ensure we don’t overlook the obvious. However, your input as a reader is always greatly appreciated!

Note: we will keep it easy. No fancy, ultra optimized, just the right situation builds.

Contents hide
What is a DPR Build in 5e D&D?
Best 5e level 1 DRP build
Highest DPR levels 1 to 4 without AC
Most balanced DPR Build
Most fun DPR build in 5e
FAQs
What is the highest sustained DPR Build in 5e DnD?
Where can I find a good DPR calculation spreadsheet?
Final thoughts on DPR Builds in 5e DnD
Related Posts:

DPR stands for damage per round. A DPR builds in 5e Dungeons and Dragons simply is a build that tries to deal the maximum amount of damage on average per round. There are two approaches to this.

Unfortunately, there isn’t a clear-cut answer to what exact build will always deal the greatest damage possible. However, we can pick a few reliably in the top DPR category, no matter the opponent and the campaign.

Let’s begin where every adventurer starts: level 1. As you might expect, the answer is “it depends.” Eliminating most factors and random chance, one thing keeps coming back to determine what character deals the highest amount of damage per round: the enemy’s AC.

Reading Tip: you will find our guide on the best level 1 character in DnD relevant if you are just starting a new adventure.

Highest DPR levels 1 to 4 without AC

So, what is the answer when you do not have to consider the enemy’s AC? The best DPR build for levels 1 to 4 in 5e DnD is the Human War Domain Cleric, who has the great Weapon master feat.

Since we are not considering the Armor class of the enemy, this pick is more of a hit per round rather than a damage per round build. So, this build will completely obliterate creatures with a low AC like zombies, but the math will look quite different when attacking Skeletons and ghouls who boast a higher AC.

The Human War Domain Cleric with great Weapon Master feat will deal about 42 damage per round and +1 (1d4) to hit. This is due to the following bonuses this build has.

You can add even more damage by adding damage with divine favor (47 damage per round), and if you crit, you can hit a massive 60.

So, as you might have noticed from the two previous chapters of the article, DPR builds are wacky. They aren’t all that reliable and have to go all out on offense. Then there also is the fact that the damage is often very dependent on the Armor Class of whatever you are fighting. So, let’s take a look at a consistent and easy-to-understand balanced DPR build.

The Great Weapon Master Barbarian will be the most balanced DPR built that hits high and consistent. You do not need to spend any resources or have special skills to do one-off massive hits, but you will consistently hit high. Check out the Goliath Barbarian if you want to optimize your race.

While this sounds pretty interesting, I do have to say the gimmick ends pretty soon.

Most fun DPR build in 5e

If you are looking for a fun and balanced high DPR build, then I would suggest you go with a fighter. The fighter has very consistent Damage Per Round in 5e DnD and has many options to go with so combat does not get stale.

You often have multiple attacks in a round and decent ability if you are a fighter. One of my favorite class and race combos is the Half-Orc Champion fighter. If you wield a great ax, you will deal a good amount of damage without having to overthink things.

There are also fun non-melee builds that you can use to deal the highest amount of damage per round. For example, a dual-wielding swashbuckler rogue with the best feats for damage output is fantastic if you can use sneak attacks. It deals massive damage, but you stay out of the fray of battle due to your surprise attacks and long-range capabilities.

What is the highest sustained DPR Build in 5e DnD?

There is no build that will always have the highest sustained DPR in 5e DnD. However, a few are your best bet overall and are, on average, the best to hit high every round. The one that stands out on average throughout an entire account with a wide variety of enemies is the Hexvoker Cannon. You get Hexblade Curse to add 4 damage per missile, empowered evocation for a +5, and each dart will do 12 damage, and you have three at them starting. If you upcast it to, for example, level 3, you will reliably do a max of 60 damage, and a ton of those spells will hit, giving you a fantastic DPR build.

Where can I find a good DPR calculation spreadsheet?

The DPR calculation sheet I use is the one by Reddit user u/intelligence14. His sheet is pretty well done and has a ton of valuable information. You can find a link to his sheet right here.

When you start playing Dungeons and Dragons, one of the first things you might be inclined to do is find out what build deals the most damage per round. While a DPR build in 5e generally is pretty strong, they fall apart pretty soon if you don’t have the support or are confronted with enemies that can tank your hits.

While it is better to play with a regular character that can deal decent damage but also has the versatility to soak up an attack, DPR builds can be fun. I do recommend you have some experience playing DnD before committing to such a character.