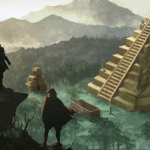 So, you just made a new rogue to play with and are now looking for the best feats for a Swashbuckler. But, no worries, your search is over because we have ranked all the feats worth looking at for a swashbuckler rogue.

The author of this list – Justin – has been playing DnD before most of our readers have been alive. While he mainly DMs, he has quite a lot of experience regarding player characters and knows precisely what works against encounters and what does not. He is in a great position to rank the best feats for a swashbuckler rogue to make your DM scrap his plans!

We are taking the same approach as we did in our Best feats for necromancers guide, so buckle up and let’s go.

We are picking a (very) controversial feat for the number one spot. The Magic Initiate feat is excellent on a swashbuckler rogue, but only if you plan for it and optimize your build. The way to make this work is getting magic Initiate from the Warlock spell list or the wizard spell list. If you pick from the warlock list, you should choose both the Hex option and Booming Blade. If you select the wizard list, Green flame blade, booming blade, and Find Familiar are all top-tier choices.

Getting this cantrip and level 1 spell attack is fantastic. The magic initiate feat on a Swashbuckler rogue allows you to move away after an attack and move out right away without triggering an opportunity attack.

I prefer the Warlock spell list over the wizard spell list. The reason for that is that the Swashbuckler has a high Charisma. Thanks to that higher CHA, spells like Booming Blade and Hex are much stronger as they roll off the charisma modifier.

Alert is a feat that isn’t often featured on these lists; however, for a Swashbuckler, Rogue alert is one of the best feats to pick. Two great reasons make the Alert feat so good.

Both are fantastic for a rogue who wants to roleplay as an assassin. The +5 will help you in as good as any combat situation and make sure your turns are as valuable as possible. Then there is the fact of being immune to surprise attacks, which is excellent for your entire party if you are the lookout.

The Elven Accuracy feat for a Swashbuckler in 5e is more than decent. Even more so if you are playing as an elf. In case you are of that race, it quickly becomes a top 3 feat to have. First, you get a ton of extra utility out of the steady aim as an additional option. If your Swashbuckler wants to use sneak attacks as its bread and butter, then this feat is simply fantastic.

You will get many advantages, you will be able to get out of danger quickly, and the amount of damage you deal will simply is fantastic. Check out our Wood Elf 5e Guide if you want to play as an elf!

I think Lucky is one of the best overall feats in the game, no matter what class you pick. However, it is a top 5 feat for a swashbuckler in 5e DnD. The fact that the rogue and its subclasses have proficiency in many skills, lucky is going to be a reliable way for your party to pass annoying ability checks and a ton of saving throws.

This feat is even more potent if you have a DM that loves to throw skill checks your way. Lucky is also a great way to ensure your attacks hit and your sneak attacks are reliable.

You might want to fight a bit more on the frontlines of your party, or you want to be a bit more on the careful side. If that is your playing style, then the moderately armored feat for a Swashbuckler is a pretty solid choice.

Access to medium armor and the ability to wield a shield gives you an Armor Class boost of up to +4. This AC boost is significant if you are in an ambush of a failed sneak attack.

This feat helps you maximize your CHA score, which is the most important score for this build.

You can attack from afar and use your natural stealth and Dex to avoid harm’s way as much as possible. With this feat, you get about ten extra damage, and you can fight from half and three-quarter coverage. If your party can ensure you aren’t detected, you can take out entire groups of enemies without them knowing what hit them.

If for some reason, you don’t want to pick Lucky, getting the Skill expert feat is a good alternative. While it isn’t as good as luck, in my opinion, getting a double proficiency in face skills, perception and stealth will give you a ton of utility.

Skill expert is a fun feat to pick when you aren’t just playing swords and sorcery campaign but have a ton of roleplaying. However, I do think Lucky overclasses this feat in almost every way.

An even better feat than moderately armored for swashbucklers who enjoy fighting hand to hand and aren’t afraid of going to the frontlines is Sentinel. You will be able to get into the thick of battle, using your sneak attacks for maximum damage and crit fishing.

Tip: Make sure you do not overestimate the number of hit points and the AC you have if you don’t pick extra feats to boost this stat.

What is a Swashbuckler Rogue?

In essence, a swashbuckler rogue is a DnD character that focuses on mobility, charisma, and the ability to defend themselves from damage-taking/avoiding perspective. In addition, they can use range and melee depending on the feat choices you make.

What feats are bad for a swashbuckler?

Generally speaking, the same principles for feats apply to a rogue. However, there is one notable exception. The Mobile Feat is terrible for a swashbuckler in 5e DnD. Due to the fact you already have fleeting footwork to disengage, you would only get 10 feet of extra movement and avoid difficult terrain in case you are dashing. That small bonus just is not worth it, and you are better off picking a completely different feat.

Most people enjoy the Swashbuckler rogue built the most in the early levels. They are a ton of fun up to level 8 or so. However, in my experience, after that they become a bit stale and monotonous to use as your character. But, of course, that is fully subjective, and some players enjoy this subclass their entire journey from 1 to 20 (and beyond)!