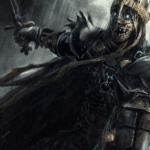 Necromancers are one of the most intriguing DnD builds for me, both as a player and a DM. There are many ways to make these kinds of monsters strong, give them a lot of lore, and have them be a focal point of a fun DnD session or even an entire campaign.

In this deep dive, we will look at the best items for a necromancer in 5e DnD. I will explain why these items are the best, my personal experiences with using these on a necromancer built, and how you can make the most out of them during a campaign. My fellow experienced DM is double-checking to ensure we didn’t skip an obvious contender!

1. The Bag of Holding

Yes, this utility item is one of the best – and in my experience, the best – items for a necromancer to have at his disposal. The Bag of Holding is a beautiful item you can fill with skeletons, bodies, zombies, etc. If you turn the bag inside out, you can quickly get all the contents out and start reanimating the bodies or giving commands.

The bag of holding has more than enough space to hold plenty of bones. Bringing a bunch of corpses for zombies will be less space-effective, so I recommend you use bones as they are much easier to store.

Anytime you are at a graveyard or a weird alchemy store, you can stock up on bones and bodies for later use.

The Wand of Orcus is probably one of the most potent items a necromancer can get its hands on. The following things are what you can get from the wand if you can lay your boney hands on it:

The only reason I am not putting it on the number one list is that it is hard to get, and I think the bag of holding just slightly outclasses the Wand of Orcus.

The handy Haversack closes off our top 3 best items. This backpack can hold up to 120 pounds of material and has a combined volume of 12 feet. All that while only feeling like 5 pounds to the user.

The handy Haversack has less room than the Bag of Holding. However, it has its use due to the fact that it is split up into different compartments. You can put the bones in the main and the materials in the other pouches.

Reading tip: Check out the article on best items for a pirate in 5e DnD!

4. Libram of Souls and Flesh

Besides having one of the most incredible names in the entire DnD world, the Libram of Souls and Flesh is also a great item for any necromancer. The libram is a book with the following spells: Animate Dead, Circle of Death, False Life, Finger of Death, Speak with Dead, Summon Undead, and Vampiric Touch. It functions as a spellbook for you.

Tip: check out the links if you want to read our in-depth guides on those spells!

When holding this wondrous rare item, you can use it as the focus for your spell casting. The libram of Souls and Flesh has three charges which are recharged at dawn.

One funny thing about the Libram of Souls and Flesh is the fact that you can expend a charge to take on the semblance of undeath for 10 minutes. This semblance makes undead indifferent to you as long as you do not damage them.

The item is powerful, so do not hand it to a level 1 necromancer. Besides necromancers, the libram of souls and flesh is also perfect for monsters like liches.

5. Wand of Webs or Wand of paralysis

If you do not have a wand of Orcus, or your DM is smart enough not to give you one early in the campaign, a great alternative is the wand of webs and the wand of paralysis. These two wands are perfect for a necromancer who wants to get more value out of his undead army.

Both these wands are perfect for giving your skeletons an advantage. The wand of webs will make the enemy immobile, and the wand of paralysis will paralyze them. The skeletons’ advantage will definitely help them deal more damage and stay in the fight longer.

A necromancer’s goal is to command the Undead, not join them. The Amulet of health is a fantastic item to boos your survivability as a necromancer. The Amulet is a wondrous item and is rare. The effect is pretty straightforward: as long as you wear the Amulet, your CON score is 19.

According to the Sane Magical prices guide, the Amulet of Health costs 8000 gold pieces. Quite a chunk of money, but well worth it. If you want to earn this amount of gold quickly, you should look at our guide on money-making in 5e DnD!

As a necromancer, you want to avoid being in the middle of the battle as much as possible. This is because your enemy knows that if they can kill you, the Undead facing them will also go away. That is why the ring of evasion is one of the best items to have as a necromancer.

The ring of evasion has three charges. The charges are regained at dawn (1d3 charges). If you wear the ring of evasion, you can use a reaction to expend a charge and reverse a failed DEX saving throw into a successful one. This effect is strong, to say the least. Every battle, you can turn three sure-hit attacks that roll off dex into misses, which greatly messes with the action economy of your opponents.

The Mantle of Spell Resistance is closing off our list of the best items for a necromancer. The mantle gives you an advantage on saving throws when you are the target of a spell. The reason why this is not higher on the list is that it is a pretty rare item. Therefore, you won’t be able to get it early in the campaign.

However, it is not too overpowered, don’t hold out on it just because I say it is powerful. There are much more OP cloaks in DnD you can give a necromancer like the cloak of protection which gives an advantage to all saving throws and a +1 AC. Those items aren’t on the list because they aren’t as accessible and are great for all classes, not just necromancers.

Final thoughts and advice on best items for a necromancer

The array of choices you have in DnD 5e often is overwhelming. We hope this list can help you out when you are picking the best items for a necromancer in 5e. There are a ton of other items that would blend right in here.

In summary, I picked these eight items for necromancers because of how much use you can get out of them, how my experience was using them and how obtainable they are for players in a standard DnD campaign.

In case I missed one, or if you have an interesting DnD anecdote that is relevant here? Let me know! In the meanwhile make sure you check out my Best Feats for a Swashbuckler article!