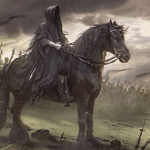 There are a ton of spells in Dungeons and Dragons that scale with your creativity. Speak with dead 5e is one of those spells that can be extremely powerful if you use it right. The spell is a fantastic way to get the information you have never reached before or to obtain secrets from those who have no benefit from safeguarding them.

This speak with dead 5e guide will tell you everything you need to know about how to use this spell as a player and as a DM. We will also answer some of the most frequently asked questions.

If you want to cast a spell, it is essential to understand how it works and its drawbacks. Here are all the speak with dead attributes that you need to know:

When you cast speak with dead on a corpse within range, you give it the semblance of life and intelligence. The body will now understand the questions you ask and can answer them if it has the answer. You can ask up to five different questions.

The answers you get are short, hard to understand, and few words. The corpse remembers its alliance and feelings towards you. So if you are interrogating a dead enemy, it has no compulsion to answer or tell you the truth.

Your target only understands languages it already knew in life and can thus only answer in the languages it had knowledge of in life.

Note: The corpse must still have a mouth and be dead, not undead. It has no memories or thoughts beyond its point of dead. It can only base its answers on the info it had in life.

As we discussed in the attribute section, there is no obligation for the corpse to answer or answer truthfully. A possible way to get around this and avoid the target lying to you is to true polymorph into something or someone else. Then, the corpse might recognize the person you have polymorphed in and will tell everything you want to know when you cast speak with dead on it.

Note: Dms might have a different opinion on whether this works. Polymorph allows you to change into a dog, not a particular dog.

Combine with the zone of truth

An excellent way to ensure your corpse is not lying to you is by using the spell zone of truth. Zone of truth makes targets tell the truth when answering a question. However, there is a little problem with this spell. It does not compel your target to answer. When it speaks, it has to tell what is true, but nothing compels it to say something.

A better idea is to combine the speak with dead spell with a soul cage. The Soul cage has a powerful effect in compels the target to speak and tell the truth while doing so. When the soul cage has been cast, you can be sure that you will be getting answers and that these answers will be correct.

Often, secrets are kept because people fear the consequences of what will happen when they tell someone. For example, a cultist might be afraid to get killed if he tells about the cult’s secret spells and items or specific plans that have been set in motion.

When these keepers of secrets die, they often have nothing holding them back from spilling what they know. Even more so, if they were forced and threatened to keep quiet, they might resent those who supported them quiet and will sing like a canary when you cast speak dead on them.

Many players and DMs forget that we are dealing with a medieval society. Often people don’t know their relative has died for weeks or even years, even more so if they often traveled for a long time.

Travelers and merchants often hid their assets in secret or at a bona fida bank. By asking the corpse if he wants to tell someone something, or if he wants to give some last instructions to someone, you can get rewards for that. This reward can be information, the location of hidden treasure, or some map or quest.

Did an evil organization just do a deadly robbery? Did a troupe of goblins ransack a village, and now you need to know where the goblin cave is located? The dead can tell you many things that they might have picked up in their final moments.

You have five questions you can ask per corpse, so you can get a ton of information. I would advise you to make the most of the opportunity. Don’t just focus on the matter at hand; try to get info on the surrounding world, quests, and belongings.

Flesh out the world

As a dungeon master, allowing your players to speak with dead in 5e is an excellent opportunity to give them more insight into the world. The dead have often lived an exciting life and know many things about the world you are in. Use this to shape your lore, to give hints about where the next exciting quest is, or to give your players cryptic riddles.

While speak with dead will not win you the big battles with giant toads and crag cats, it is a great spell if you are creative enough. Just like the spell encode thoughts, speak with dead scales with your creativity and can give you the edge in a battle due to the information and secrets you might get from a corpse.

Check out the following exciting guides on underused spells and monsters in dnd 5e:

Can you use speak with dead 5e on a skeleton?

In DnD 5e, it is not possible to interrogate a skeleton. The reason is that the spell states that you need to cast it on the corpse. A skeleton is not counted as a corpse in DnD, so you will not be able to interrogate it by using speak with dead on it.

Does zone of truth work with speak with dead 5e?

The zone of truth works in combination with speak with dead. However, there is a little problem with this combo. While all answers given while under the influence of the zone of truth are indeed accurate, a corpse is not compelled to answer. Instead, the target remembers his thoughts and feelings about you. That means that if the target does not like you, he or she will just not answer your question.