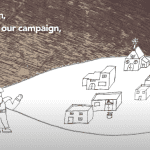 Players and Dungeon masters who have progressed far enough into the campaign will likely come across the chance to cast wish 5e DnD. Due to the vast array of options, it might be hard to decide the best use for Wish in 5e in your situation. This top list will give you some tips, advice, and optimal use scenario’s for this mighty Dungeons and Dragons spell.

A dull but efficient, innovative use of wish 5e is to wish for armor and weapon enchantments. For example, give your armor greater silence or greater shadow enchantment on the armor to make it more stealthy and powerful.

Doing something like that is a lot of fun, and you will be able to get utility from the spell for the rest of the campaign. This use is not game-breaking and won’t annoy your DM.

Another practical top use for Wish in 5e is to get a new feat, like Sharpshooter, for your player character. This is another helpful way to get the most out of your spell for a very long time. You can ask for a feat that combines very well with other feats, seizures, and attacks you might have. That way, you can make compelling combinations that you usually won’t see in DnD.

If you have played the game for some time, you might have noticed how rare intelligent checks are and how often your targets fail them. Having permanent and consistent access to a way to force your opponents to make an INT check is thus a massive advantage.

Going further on the last point, this spell can make as good as any spell a single action cast. An excellent example of a spell you can now cast instantly is Hallow. Typically speaking, Hallow would cost you 1000 gold and has a casting time of 24 hours.

If you use wish 5e to cast Hallow, the spell is now instant. This instant effect makes ritual spells and magic with a very long casting time now perfect to use whenever you want, like when you are being swarmed.

A creative player or DM might be able to make their player character or the villain of their campaign immortal. There are a couple of ways to do this, for example, by catching the eye of Lolth, who can turn you into an immortal (minor) deity. You can also clone yourself by using Wish and going to the demiplane to enjoy your immortality.

4. Wish to become a Dnd god

Expanding on the last part of becoming immortal. Another good idea is to use Wish to become a god in dnd. You might not be at the top of the Pantheon, but you could have a lower rank as a minor demi deity.

There are a couple of ways to do this, like catch the Eye of Lolth. However, your main hurdle as a player will be convincing your Dungeon Master. Not many DMs, including me, enjoy it if players take the powers of the Wish spell a bit too far. So even if the DM agrees with you, he might have a backup plan ready for you.

If you have died in Dungeons and Dragons, you know how expensive it is to die and get revived. Depending on the circumstances, having your player character (or an NPC) revived is no longer possible. Using Wish is an excellent method to get around this.

If you read the text of solid revival spells, they often say that when the soul is free and willing, the target will return to life. However, there is somewhat of a time limit to this. You won’t be able to revive someone who passed away 300 years ago.

Wish could act as an even more robust version of the level 9 spell true resurrection. It can break free the soul, even if it is unwilling or has been captured by something like a talisman. But, of course, you don’t have to pay the steep reviving costs for the magic.

2. Eliminate Wish from the world

If you do not enjoy using Wish or being confronted with the vast advantages, disadvantages, and effects the magic has on your campaign, then there is an option to make it go away forever.

One of the best uses is to eliminate the magic from the world. Ironically, you can only do this by getting the spell and using it. Eliminating it is a great way to bring balance to the world. However, it does have a couple of downsides too. You, as a DM or a player, won’t be able to have a Deus Ex Machina to get you out of a tricky or impossible situation in the endgame of your campaign.

My favorite use of wish 5e is to travel back in time. Not just as a player, but as a Dungeon Master too. You can pick a specific point in time or go to a whole other realm. This use of Wish is extremely powerful, so make sure you think about backup plans and consider checks and balances.

A great scenario to go back in time by using Wish is when a player character or NPC has died or has mysteriously disappeared. You can go back in time 10 minutes and avoid the situation from happening.

You can also stop specific plans or events from uncoiling by going back in time and changing a little thing to ensure that particular catalysts do not happen or can not be triggered.

Note: only do this as a DM to teach your players a lesson about misusing spells and balance or when it is vital to the story. If you start time traveling out of the blue, you will significantly diminish the immersion of your players.

As you might have suspected, the smartest way to utilize Wish in your campaign is bound to the situation and the checks and balances your Dungeon Master has put into play. Therefore, I prefer to do something world-changing like going back in time or something convenient like enhancing your armor.

Be careful when using magic as powerful as this as some final advice. The effects can be so profound that your game no longer is fun or the immersion is broken. Be a team player and an intelligent dnd dungeon master.