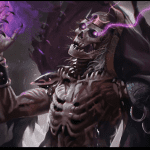 At levels 9 and 10, the spells in Dungeons and Dragons start to become a little wonky. Some are just crazy powerful like wish, and others only have niche purposes like time stop. This article will discuss the best uses of time stops in 5e DnD.

Since often the best use is determined by the situation that you are in, we will prioritize those that have a general utility or are creative. That way, you can find out if there are uses you have never thought about and find a way to get more inspired for your next Dungeons and Dragons campaign.

9. Preparing for the fatal strike

Let’s start with the most obvious use of time stop 5e: buffing yourself up and making sure you can take out the enemy. If you have five or fewer turns, I will cast the following spells to ensure your defenses are buffed up, and your enemy does not have a lot of advantages.

Doing this will ensure you have a fighting chance against whatever your DM is going to throw at you at your current level.

8. Stealing things on the way out

Imagine the king has invited you to his castle for the completion of another quest that saved the kingdom from who-knows-what. While the reward was generous, you can make it even more generous by stealing some items.

A good tactic is to wait until you are outside and they are about to close the door or gate behind you. Then use your time stop spell, and go back. Make sure you steal real eye-catchers of items. Something they must have noticed was still there when you passed through the hall or castle.

Another great way to make the most out of time stop in 5e is by setting up walls and other interesting objects. To give a good example, you use this spell to build a couple of shackles and barricades around your targets and enemies.

A good example is stone shackles that make your enemies stuck to the ground or a heavy object. Doing that allows you to flee and have a much easier fight against your enemies.

A classic move is to stop time and start casting fireballs that are delayed at your enemy. You can also combine this with throwing beads from the necklace of fireballs. These fireballs will cause quite the havoc on whatever group of enemies is within the area of effect.

While this is not the best use of time stop 5e, it is one of the most fun. You can throw a ton of dice this way to calculate the damage. So prepare to start counting dice for quite a bit of time.

While throwing a bunch of fireballs is fun, it’s not that original. I prefer to use time stop to fire a massive barrage of ice knifes towards a target. This cantrip is seriously overpowered if you know how to use it right.

While it does not have this large area of effect, it is a very powerful spell to use when you are in the right situation.

Time Stop allows you to combine a lot of spells that you would otherwise not be able to combo easily with. First, cast a force cage on the target you want to trap. After that, you can use Cloudkill on the spot where they are forced into the cage.

Cloudkill damage stacks due to the strong poison effect it has. If you cannot move from the poison cloud, you will slowly lose hitpoints. Due to the force cage, the target has no chance of escaping and will lose a ton of hitpoints. Cloudkill does have the ‘disadvantage’ that the cloud sinks to the ground as it is heavier than air.

3. Force cage and wall of fire

Expanding on the previous best use for time stop in 5e dnd is using a force cage combined with a wall of fire. This firewall will burn your enemies to a crisp, and they cannot escape from their spot due to the force cage. While I prefer to use the previous method myself in dnd campaigns, this is a bit more original and, thus, a lot more surprising for your DM and harder to counter. Moreover, Force cage + wall of fire does not have the sinking ‘disadvantage’ cloudkill has.

Imagine you being at an event for nobles or other prominent figures in society. Casting Time stop allows you to poison a chalice or food right as they drink or eat it. That means you won’t have any mix-ups or the chance they don’t want to eat anything off the plate you are poisoning.

Thanks to the ample time, you can also hide the materials you used to poison them. You can also frame someone by hiding it in the clothes of someone you want to accuse later.

What many Dungeons and Dragon players don’t seem to get is: that there is no shame in the running. Sometimes your DM tries to scare you by sending too strong monsters at you, or he does not know how to balance the game for your level.

Great use of time stop 5e is to set up traps around the enemies to delay and damage them. For example, create bonfire is a fantastic way to chip away hitpoints from your pursuers. If you set up enough traps and use the right tactics, you might not just get away, but you could also get a fighting chance.

In the 5th edition of Dungeons and Dragons, Time Stop has been nerfed quite a lot. Using it effectively has become a lot harder, and the number of situations where this is the best spell is limited. Many of these come down to shenanigans and joking around to confuse an NPC. As a result, the number of great combat uses for Time Stop 5e is quite limited.

However, the spell is in no way useless. Using time stop intelligently basically gives a couple of extra turns, does not require materials or somatic components, and you don’t have to concentrate to cast it. Furthermore, it has the power to bring you from nothing to extremely powerful because you can buff yourself or set up the environment to your advantage.

A final tip for DMs or players: you can use contingency to fool your players they have defeated you by setting up a feign death cast as soon as time stop has been cast.