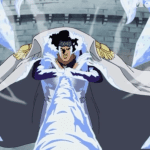 Time to look at one of my favorite level one spells in 5e! The Ice Knife spell is one of the more popular options for Wizards, Sorcerers, and Druids to pick. If you haven’t used this conjuration yet but are planning to, this is the guide you need to make the most of it!

The guide is predominantly aimed at players trying to mess up the DM’s story by making full use of a pretty underrated spell. There is a section on some cool ways to use Ice Knife in a campaign.

What is Ice Knife 5e?

Ice Knife is a level one spell that is part of the Conjuration school of magic. Conjuration magic is known to have the ability to ‘conjure’ things from another plane out of thin air. The quintessential conjuration spell in DnD is Conjure Elemental.

Ice Knife is a spell that is instantaneous and has a range of 60 feet. The casting time is 1 regular action. If a target wants to do a saving throw, it will need to do a DEX safe. The damage the spell does is piercing.

You can read more about the spell in the official DnD source: Xanathar’s Guide to Everything.

The above table is for people who aren’t able to read or see images and are using TTS.

How does Ice Knife work?

To cast Ice Knife there are a few requirements you need to fulfill. I am going to assume you have picked one of the three classes that are able to use this spell. Let’s start with the first requirement you need. You need to have a level 1 slot open. Unlike players of mine often think, this is not a cantrip.

Tip: If you want to increase the damage of Ice Knife you can put the spell in a higher spell slot. For every slot you put the Ice Knife spell higher, you can add a 1d6 of cold damage.

What happens when you cast Ice Knife?

You make the moments, and you have a drop of water or a piece of ice. You conjure a sharp shard of ice in the shape of a knife and shoot it towards a creature within range. The range of this spell is 60 feet.

This ranged spell attack makes the enemy take a nice 1d10 piercing damage. The shard explodes upon the impact of a target or when it is within the range where you have cast it. When this explosion happens, all the creatures in a radius of 5 feet from the blast must make a DEX saving throw. If they fail this throw, they will take 2d6 of cold damage.

Who can use Ice Knife?

There are three different classes that have access to the spell. These are the wizard, the sorcerer, and the druid. All of these classes can find good utility in this spell, since it is amongst the better level one spells.

For the wizard, there are quite a few spells that do feel a bit stronger than an Ice Knife. I would, from a pure damage and use perspective, pick absorb elements, Burning hands and Chromatic Orb above this spell.

For the druid, I would pick Faerie Fire, Entangle, and Goodberry all before I would pick Ice Knife as a spell to pick for my level one slot. These all are a bit better for a druid in my opinion, but I can see where Ice Knife can fill a gap if you want to do effective crowd control at the lower levels.

The sorcerer has two spells I would pick before I would put Ice Knife in a level one spell slot. First I think Magic Missile is a bit better for your long-range magic spell. The other spell I would definitely pick before getting this one would be Mage Armour. Having some extra AC in your party is always a good idea.

There are no monsters that have this spell as an ability. As a Dungeon Master, I do add this to the ability of some creatures to give them a little buff, make them more challenging or have an ice or winter theme.

One of the best monsters to add this spell to is the Ice Elemental. However, there are monsters like Yetis and Frost elves that would also benefit from having this in their arsenal of spells from a storytelling perspective.

How to use Ice Knife in 5e

The most distinct aspect of Ice Knife in 5e is how it explodes when you cast it. It does not matter if you hit or miss, the ice knife will explode. This explosion has the ability to cause 2d6 of cold damage to everything in a radius of 5 feet.

Ice Knife is amazing in small spaces where there are a hoard of enemies coming at you. If you are fighting a lich who has an army of weaker undead like zombies and skeletons that are standing close, then you can use an Ice Knife to thin out their numbers or do a ton of chip damage in one action.

If you are a higher level and are looking for more spells that you can use in small spaces with great effect, you should definitely check out Cloudkill!

Ranging enemies and cause chaos from afar

Ice Knife is a pretty decent spell if you are looking for a long-range option to shoot through cracks and holes. The knife does not take a lot of space, and seems to be very accurate in terms of shooting it. The 60 feet range makes it great to shoot from just outside a fort into a Watchtower through a window. Since the Ice Knife is going to explode, this can cause quite some chaos amongst the ranks of your enemies.

So your DM just had one of his NPC’s cast Conjure Elemental and a Fire Elemental rise from a bonfire. Can you use Ice Knife on this creature, and will it be effective? In theory, a Fire Elemental will take the same amount of damage as any other monster that does not have cold resistance, immunity, or weakness.

However, some Dungeon Master’s make Fire Elementals take extra damage when they get hit with an Ice spell. Their reasoning is as follows: Fire Elementals have the ability Water Susceptibility which states the following:

“Water Susceptibility. For every 5 ft. the elemental moves in water, or for every gallon of water splashed on it, it takes 1 cold damage.”

Ice Knife is an ice spell, which means you can convert it to water when it melts. That is exactly what fire does. So some DM’s say that Ice Knife does extra damage to Fire Elementals.

I don’t do this in my campaigns, but if I was a player or a player suggested doing this, I would not mind implementing this as it is so niche and only gives a minor advantage to the caster.

If you are a Dungeon Master and you want to use an Ice Knife, you can’t. According to the DnD 5e rules, there are no monsters or NPCs that can use this spell. However, I do think it isn’t too overpowered to Homebrew the spell a bit and add it to Arctic Monsters or monsters you want to give a bit of Ice power on the side.

How good is Ice Knife

So you have come to this point in the guide, and you are probably wondering now: Is Ice Knife any good to use if I have a Druid, Wizard, or Sorcerer?

Ice Knife is for each of these 3 classes a great mid-range spell. It is not the best level 1 spell that you can use, but it doesn’t hurt to have it in your arsenal. The spell is almost sure to be useful at some point at the beginning of the game, but I wouldn’t put it in a higher spell slot than the 3rd.

My reasoning for this assessment is as follows: The spell has a ranged attack that is able to not just damage your primary target, but also everything around it. Ice Knife is also great to have an almost sure hit. The Knife explodes no matter if you hit or miss. That means your enemy can still get damaged with cold damage when it manages to dodge the knife.

This gives Ice Knife a lot of use when you are going to fight in a dungeon or an underground goblin lair. The enemies in those places, if they have a low dexterity, will be much easier to defeat this way. Since the radius of Ice Knife is 5 feet, it is great to use in places where you can also use Create Bonfire to do additional chip damage.

The spell does fall off pretty quickly. Since you can only add a tiny bit of extra cold damage by placing it in a higher spell slot, I wouldn’t use this spell during the mid-game of a campaign. Ice Knife also isn’t good when there is a ton of space, since you will often hit nothing besides your primary target.

Can you twin Ice Knife?

What is the Scroll of Ice Knife?

The Scroll of Ice Knife is a Homebrew item that gives you the ability to cast the Ice Knife once, without you needing to have an open level one spell slot. This scroll is, at the time of writing, not in the official rules. So you can adjust this for your own campaign, or just not implement this item if you do not want your players to have access to it.

What shape is the Ice Knife 5e?

While the name of the spell is Ice Knife, it isn’t really a knife or a blade. The spell conjures a shard of ice. The description takes precedence over the literal name of the spell in my opinion, so you are going to shoot crude Ice shards at your enemies.
This means you can not use the ice shard as an actual knife. You can’t use it to cut up a rope without having raffling, and you can’t make precise cuts. If you want the spell to look cosmetically like a knife, you will have to ask your Dungeon Master if that is okay.

When should I not use Ice knife?

This Creature College Guide is co-written by Jack, a D&D Dungeon Master with over 12 years of experience. We have written it so that complete beginners can easily follow the information discussed here. If you are looking for a higher-level spell guide, check out my Arcane Gate 5e article!