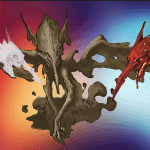 As a DM, I like a few spells as much as this one. This 5th level conjuration is, by nature, extremely unpredictable and can surprise both players and Dungeon Masters. The question you might ask yourself now probably is the following. How does Conjure Elemental 5e work?

Conjure Elemental works by picking the correct material component to summon the elemental you want. You then concentrate on the spell, and for up to one hour, you have an Elemental at your disposal that will fight for you. The type corresponds to the material component you used.

That is what most people already know about this conjuration. However, there is much more to say about the Conjure Elemental spell. In this guide, I will tell you everything you need to know to use this versatile magic to its full potential.

Elemental wizards and avatars in the making, let’s take a deep dive into one of my favorite magical conjurations in the entire D&D board game!

What is Conjure Elemental?

Conjure Elemental is a Level 5 conjuration. You can find more about Conjure Elemental in 5e in the Players Hand Book on page 212. The spell is more like four in one. Because you can summon – or conjure – four different allies to help you. However, you can not summon these all at once. Like most summoning spells, like Planar Ally, you can only have one appear at a time.

This magic is part of the conjuration school. These spells are focused on bringing forth monsters, creatures, and allies, from a different plane to ours. These can, but are not compelled or forced to, fight with you in some cases.

Conjure elemental can conjure the following:

The last three are not in the official rules, but many people use these in Homebrews, so I decided to include them. Of course, which one you will conjure will depend on the material component you use.

This table is included for people who can not read images and are using TTS.

In my opinion, this is one of those classic Dungeons and Dragons spells that everyone has to use at least once. I hope I can convince you of this in the following chapters!

Conjure Elemental works by having the three components and casting the spell within a range of 90 feet. The most important component you need to take into account is the material component. These are different for every elemental you want to conjure.

When you have all the right components and requirements and you cast the spell, you call forth an elemental with a CR of 5 or lower. You need to have 10 feet of unoccupied space. This elemental will then emerge – quite dramatically – from for example a bonfire if it is a Fire Elemental or out of a gust of wind if it is an Air Elemental.

This element is friendly to you. However, when you break your concentration, the Elemental will lose control and become hostile towards everything, including you and your party. You can not dismiss this elemental. You will have to wait for an hour after you have conjured the creature for it to disappear, or you will have to defeat it.

How to use Conjure Elemental: best uses

There are quite a few scenarios where this spell can come in handy. The most obvious one is, of course, combat situations. However, I have to admit that the capabilities of the Elementals that are fighting for you are very limited. They also have the major downside that if you lose your concentration, that they can turn against you.

Elementals are quite decent at fighting. The Air Elemental for example has 90 feet fly speed and has a ton of damage resistances while being immune to quite some conditions. This makes this elemental quite a decent tank in some scenarios.

The Water Elemental also should not be underestimated. These elementals can grapple and restrain targets. This is quite useful if you are near water and want to drown an enemy.

My favourite, and I am sure the favourite of probably over half of you, are fire elementals. They have this fire form that can throw quite a lot in your DM’s plans. These can run through the spaces of for example a hoard of animated zombies and skeletons and force them to use an action.

This is another use that I see my players do a lot when they conjure an elemental. When you want to get to the other side of for example a river and don’t want to swim because there are Giant Poisonous Snakes lurking in the murky water, you can use your water elemental to get you to the other side.

A great use of the Earth Elemental is having it carry stuff for you. It is a true workhorse for those who want to carry massive things without doing (too much) damage to them. Using the Fire Elemental for this won’t end well.

Using the elementals as a shield

If you can’t beat them, run away. If you are being overwhelmed by a mob of enemies or a boss that is just way too strong, do not just go headfirst into the fight and hope for the best. Often it is much better to run away. A great way to shield your party and block the enemy is by using the spell Conjure Elemental. This could stop the enemy in its tracks for a turn or two, which often gives you more than enough time to get away.

Well, there is only one elemental you can use for this. The Fire Elemental. However, this is more of a niche use. If you can’t cause a fire with other spells, you might be able to send the creature into the camp of the enemy.

How good is Conjure Elemental

Conjure Elemental is one of the best spells in 5e if you know how to use it. The spell by itself is okay at the 5th level; however, by putting it in the 6th level slot and summoning CR6 Elemental, you can make some real magic happen.

You should summon an elemental like the Invisible Stalker. This Stalker is a CR6 Elemental that has a very useful ability named Faultless Tracker. The Faultless Tracker works: “Its summoner gives the Stalker a quarry. The Stalker knows both the direction and distance to its quarry. However, they need to be on the same plane of existence. The Stalker also knows the location of its summoner.”

This is very similar to the Locate Creature spell, a level 4 spell. However, this spell only works for a range of 1000 feet, which isn’t far if you think about it. So this makes Conjure Elemental with an Invisible Stalker a powerful divination spell.

This Stalker understands common but does not speak it. So by knowing Auran, the primordial language of the wind, you can have your Stalker give you a ton of information. Like what is your Target doing, where is it located, what is the terrain like. So that is a pretty cool little combination.

I strongly advise you to check out my Ice Elemental guide if you want to have a bit of a feel of what Elementals can do and how you can use them as a dungeon master in your campaigns.

What is the difference between Summon Elemental and Conjure Elemental?

You will need to have air, a pebble, ash, and Water inside a gold-inlaid vial worth at least 400 gold. This magic is also a concentration spell that lasts up to one hour.

The Summon elemental can be cast by the Druid, Wizard, and Ranger. Druids and Wizards, not Rangers, can only cast the Conjure Elemental.

The source to find more information on the Conjure Elemental is the Players Handbook. If you want to learn more about the Summon Elemental spell, you can read the information in Tasha’s Cauldron of Everything.

You can dismiss a Conjured Elemental, but only if you have control over the elemental. If you read the spell rules, you can deduct this because it only speaks about dismissing an uncontrolled elemental.

An elemental becomes uncontrolled when the caster loses its concentration. That is because Conjure Elemental is a concentration spell.

There are three possible ways in DnD 5e to lose your concentration when you have cast a spell.

Just moving around and attacking does not break concentration.

Who can use Conjure Elemental?

Two classes can use the Conjure Elemental spell in 5e DnD. These are the Druid and the Wizard. Unfortunately, the Sorcerer can not use this spell. However, there are a ton of Homebrew villains and characters that can use the spell.

What does Conjure Elemental cost?

The cost of Conjure elemental depends on what Elemental you want to conjure. The spell has a material component. This requirement means you will not be able to cast this spell for free. These materials, like Water and sand, can often be found around you during your adventure, but you will need to buy them in some instances.

The prices for Burning Incense, which you need to conjure an Air Elemental, are often very dependent on your Dungeon Master. However, If I were DMing, I would make sure that the materials are readily available.

Can an Air, Earth or Water, Fire Elemental be Grappled?

Air, Earth, Water, and Fire Elementals can all be Grappled. There is no reason why there should be an exception to this. That means you can grapple the elementals just like any other creature in DnD. The Fire Elemental is the most resistant to Grappeling since it can cause fire damage to the enemy that tries to grab it.
To turn this question around, your Water Elemental is also able to grapple. This magic is very useful to fight enemies when there is Water nearby. For more on underwater fighting, see my guide on underwater spell casting.