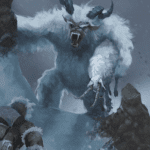 You might have just seen Mercers Gunslinger on Critical Role, or you have been thinking about making one of these builds for a while now. While this character type is fun, getting the most out of it can be tricky. We have put together a ranking with the best feats for a Gunslinger in 5e DnD.

This ranking is based on my experience as a Dungeon Master & Player, community input, and some pointers from my fellow DM Justin Pletts. So let’s dive into this ranking!

Top 7 best feats for a Gunslinger in 5e ranked

The following 7 feats have been picked based on my own experience playing as a gunslinger. I also DM many campaigns during my free time, so I have seen many of these builds at work. As a result, I know what works against a DM and what absolutely does not.

The sharpshooter feat allows you to ignore most cover your opponent might have, and you can shoot from a long distance without having a disadvantage. Sharpshooter also gives you 10 extra damage if you take a 5-point penalty on the attack roll.

All in all, the sharpshooter feat is the best feat for a gunslinger in 5e DnD!

Second, being on the list is a feat you often see on rankings. The lucky feat is versatile and buffs a ton of characters. Halflings get this feat for free, so that makes that race the best choice for a gunslinger as you can pick other top-tier choices on top of that one.

The lucky feat is impressive, as you can reroll when you have a misfire. Make sure you pick your moment using luck’s effect on the attacks you misfire. Lucky is also useful if you are dealing with ranged spell attacks.

Finishing off the top three is piercer since in 99% of the scenario, gunslinger deals piercing damage; having a feat that rerolls that damage type once per turn is pretty damn good. On top of that, you can deal a good amount of extra damage when you shoot a crit. Many Crit fisher builds also pick the feat because of that reason.

Gunner is a pretty fun – and relatively new – feat. Here is what the official DnD source, Tasha’s Cauldron of Everything, has to say about it:

You have a quick hand and keen eye when employing firearms, granting you the following benefits:

All of these points are a direct boost to your gunslinger build. The last bullet point is pretty valid, too, if you are ambushed. You can’t rely on having to fight solely at a distance, even when you are using long-range weapons. Your DM will surely try to get you in close combat, and your enemies know you are weaker from close by.

Mobile is another remarkable feat to have on a gunslinger. However, compared to the top four of the list, it might fall a bit short in terms of use. When you have the mobile feat, you can get some excellent extra speed to work with, and you do not provoke opportunity attacks. This feat is excellent for a gunslinger who wants to have a way out of combat when the frontlines are just a bit too close.

Reading tip: check out my best frontliners in the 5e article to find out how to make a descend damage dealing tank.

So, I had quite a hard time deciding if the feat should even be mentioned on the list of best feats for a gunslinger. The main reason is that you won’t be using crossbows at all. So 2, the three perks of the feat are not relevant.

However, the one feat that does have use is pretty nice to have. You can ignore your disadvantage when you fire a weapon in melee. The effect is similar to the gunner but without a ton of perks. So naturally, the gunner feat is favored as the better choice for a good build.

Martial Adept is kind of a long shot (pun intended again). You get a ton of use because many maneuvers function with ranged attacks, and Martial Adept helps you get the most out of that. However, only getting to use your maneuver once per short rest doesn’t seem good enough for a feat to pick on a gunslinger.

Best feats for a gunslinger FAQ

Is the gunner feat any good in 5e DnD?

How do you play the Critical Role Gunslinger Matt Mercer has?

To play as his gunslinger, you should read his ‘official’ documentation and the updates on the Matt Mercer Gunslinger. These will guide you through how the build works and how it does not.

What is the best race for a Gunslinger?

Generally, the halfling is the optimal race to use as a gunslinger. This is mainly due to the fact that these creatures have the lucky ability. When you misfire, you have a backup due to the feat. In addition, you already have this top three best gunslinger feat, so you can pick another one, making your build even more substantial.

Dungeon Masters and Players who enjoy a bit of homebrewing and desire to have a bit more tech in their world of swords and sorcery, will surely enjoy all the Gunslinger build in 5e DnD has to offer.

While using a non-conventional build can be relatively challenging, it doesn’t have to be. Make sure you pick the best feats for your gunslinger in DnD 5e, and your build will be much more robust. The opposite is also true; a homebrew character build can be too strong too. It is your job as a DM to make sure a player does not make a campaign-breaking character that makes fun encounters trivial and takes the difficulty out of the battles.

Check out Matt Mercer, his gunslinger, if you have never used one. There are many valuable tips to pick up from his playing style, even if you are not a fan of Critical role.

If you decide not to use this list for the best feats on a gunslinger but want to make another type of build, here are two of my guides you might enjoy.