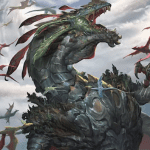 If you have ever played as a Warlock in 5e DnD, you know how powerful Hex can be. In this list, you can find the best spells and abilities to combine with Hex 5e. I have used these combinations as a Dungeon Master and a DnD player.

As you know, there is no such thing as the best thing for all situations in Dungeons and Dragons. So, see this ranking as an overall best for abilities and spells to combine with Hex in 5e. Let’s get into it!

The most valuable and common way to use Hex is to give a disadvantage on STR or DEX when you want to grapple a creature. By grappling a creature, you make the Monster vulnerable to crits from your melee fighters.

While using this combination is taking on more of a support role, it is one of the best ways to make the most out of this spell. But, of course, this use depends on how good your other party members are and if you can get the most out of the situation.

Next to having a party member grapple the creature, you can use a spell-like web to keep the target in place.

Attacks with multiple attack rolls are a great way to get the most out of your Hex 5e attack. As a Warlock, the apparent attack spell that fulfills this requirement is Eldritch Blast. No matter what you build, you will have access to this spell and the tremendous amount of firepower that comes with it.

Thanks to the disadvantage your opponent has on its saves, you will hit high and hard on almost every attack you do. That way, you can quickly shoot down your opponent from afar. EldritchIn addition, blast fires two bolts of d10 damage each, so adding a d6 for Hex on these is fantastic to make the spell attack even more powerful.

Tip! You might also like our Agonizing Blast 5e guide if you are a warlock looking to deal severe damage.

Hex, in combination with Scorching Ray, is a fantastic way to do some extra damage on your target. However, when your warlock casts Hex on the target and then fires all three scorching rays on it, they have a disadvantage on every saving throw.

So your target will get 2d6 fire damage per ray that lands on them at the lowest level of this spell. You can further upcast Scorching Ray to deal even more damage on that target. Upcasting upgrade is helpful up until the higher levels, so you get quite a bit of utility out of this combination during your campaign.

Scorching Ray is a fantastic combo with Hex. I have Eldritch Blast just above this attack on the list, but you can easily swap them around if you think this spell is a better combination with Hex 5e.

The Bestow Curse and Hex combination has been becoming a lot more popular. I’m not sure why it took so long for this to happen, as this combo is a lot of fun and powerful.

This use of Hex, in combination with this spell, is one of the best options for you if you know how to play Dungeons and Dragons Creative and have some experience with picking bright disadvantages that your entire team can profit off.

If you want to know more about how to get rid of a curse, you should check out our guide on Remove Curse 5e.

A minor illusion spell is pretty powerful in the hands of any creative wizard. However, it becomes mighty if you have a Warlock with access to the Hex 5e spell. You can give any target a disadvantage in trying to pierce the veil of that illusion.

Remember that illusion spells are often only as strong as your creativity. You can do a great deal with these spells if you know to spot an opportunity. The problem with using Hex in combination with minor illusion or other illusion magic is what the DM will allow you to do.

Check out our best items for an illusion wizard if you want to make a build around this type of character!

Combining it with Entangle is an excellent option for Hex if you have a strong team. Imagine fighting an opponent that relies on melee, like a Helmed Horror, and your druid casts entangle on them.

If you combine this with a warlock who has access to Hex, you can give that opponent a disadvantage on STR. If they fail the saving throw, they are pretty much done. A melee opponent that can not break free from entangling is reduced to a punching bag.

If you have a strong team that knows how to pull off team tactics like this, you will have a lot of fun using Hex and Entangle. If your initial entangle is flourishing and you have a warlock on your side, the Hex combination will ensure your melee opponent is stuck for quite a while and will take some heavy damage.

That is why we consider Entangle and STR check one of the best spells and abilities to combine with Hex in 5e DnD.

A charm person is one of the most fun spells to use if you are a creative player. If you first Hex your target, the odds are that your charm spell work. There is just one problem with this; you will also deal some necrotic damage to the target.

Your opponent or target will know something is happening due to that little side effect. However, thanks to the disadvantage your target has, this risk is well worth taking. Hex, in combination with charm person, is fantastic but not the best option you have, so we put it in the 7th spot on the list.

One of the best spells with hex 5e is Hold Monster and Hold Person. This use is not at number one on this list that Grapple is just as good, if not better. However, if you do not have an ally that can Grapple opponents, then Hold Monster (and Person) are two great options.

However, the big downside to this combination with Hex is that you need a fighter who can deal with serious critical hits. If you don’t have one of those in your team, the combo’s effectiveness is a lot worse.

If you want to make the hold monster and Hex combo even more substantial, you can also use Holy Weapon 5e to buff the attacks of your fighter by imbuing his weapons.

Final thoughts on best abilities and spells with hex 5e

There are a ton of great combinations – both for spells and abilities – for Hex in 5e. Your warlock will be a true asset to the team if he knows what disadvantages work best, not just for his attacks but for the rest of the team.

There are a lot more combinations you can use with this spell. However, I do think these are the ones you will, on average, use more and have more utility for. If you are interested in the best uses for spells, then you should check out the following guides: