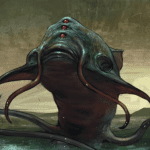 There is something about curses that oozes mystery and wonder. Unfortunately, your Dungeon Master knows this too. Remove Curse 5e is a great way to foil a plan your DM is set up before it is set in motion. Read this guide on the spell to avoid getting tricked by cursed items or creatures.

Contents hide
What is Remove Curse 5e, and how does it work
Attributes
Spell description
Best uses for Remove Curse 5e
1. Deal with monsters that inflict curses
2. Have NPCs offer services
3. Stealing from wizards and dungeons
How should I allow Remove Curse as a DM?
Advice and final thoughts
Remove Curse FAQ
What does Remove Curse 5e cost?
Can you use Remove Curse on Lycanthropy?
Related Posts:

What is Remove Curse 5e, and how does it work

Choose an item or a creature. Touch the object or creature and cast Remove Curse. All the curses affecting the object or monster will now be ended.

Note: if the magic item is cursed, the Curse will remain. However, the owner’s attunement to the target will be broken so that it can be removed and discarded.

Remove Curse is one of those abjurations which do not require you to have materials. That means you do not need to have items with you to be able to use the spell.

1. Deal with monsters that inflict curses

In Dungeons and Dragons, a couple of monsters and NPCs have the power to inflict curses. If you don’t have a method to Remove Curses, these can cause you a ton of trouble.

Remove Curse can be just the thing you need to make a tough fight a walk in the park. As a DM, it is a good idea to sometimes throw monsters at your players who have no chance due to having a hard counter. Doing that rewards players for picking non-obvious spells and increases the game’s immersion.

Is there no one in the adventurer’s party that can remove the Curse? As a Dungeon Master, you can exploit this by giving your players some loot that has been cursed and have them meet an NPC that offers their service to the players to remove the Curse.

Make sure you don’t undervalue the services of your NPC. Make the party pay dearly for the ability to make the valuable item. Having a couple of encounters like this is an excellent gold sink if you have been too generous with giving out loot in the past.

3. Stealing from wizards and dungeons

If you have stumbled across an abandoned wizard tower or a long-forgotten dungeon that isn’t on the map, odds are there are some cursed items to be found. Removing Curse 5e in your arsenal of spells is a great way to get loot from places you can use and sell.

How should I allow Remove Curse as a DM?

If you look at the attributes of this enchantment, you will see that it is a level 3 spell. Even if the description does not define curses and how strong these should be, you should use common sense.

Remove Curse should be able to remove common and generic ones without too much trouble. However, if a strong entity like a legendary wizard or a deity has affected the item or creature, a level three spell should not be able to end it.

The good idea is to introduce the need for a catalyst, like a particular magical item that your players must find on a quest or with the use of the wish spell.

Dungeon Masters should not underestimate how much impact a good curse can have on a storyline. There are a lot of opportunities to have your players meet a creature or NPC who has been afflicted by one or give loot that has been placed under the influence of a curse.

Remove Curse is a potent spell that can remove any curse; however, as a Dungeon Master, you are to invent stronger magical enchantments that can not be affected by Remove Curse. You should invent some of those in case your story revolves around removing a curse from an item or a creature.

As some final advice: Don’t just make it too obvious; Remove Curse is easy to cast, and many players pick it due to how functional and robust the enchantment can be. If you give your players a treasure chest full of gold pieces, don’t curse the entire chest, but just a single gold piece.

What does Remove Curse 5e cost?

There is no cost to use this spell. You don’t need a material component to use it. You only need a verbal and somatic component to cast Remove Curse.

Can you use Remove Curse on Lycanthropy?

Yes, you can. However, an intelligent Dungeon Master will not allow using Remove Curse on Lycanthropy. If you are a DM, you should send your players on a quest to get a powerful and rare item and use it as a catalyst for the spell. As a dungeon master, I only allow generic curses to be removed in this particular way.