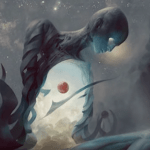 Druids, wizards, and everything in between, today we are taking a closer look at an exciting cantrip: Frostbite in 5e DnD. The source for this spell is Xanathar’s Guide to Everything, and since it is often overlooked, it’s high time for a decent guide on the cantrip.

We will look at the best uses for Frostbite 5e, how it works in DnD and if it is worth picking this cantrip for your character. Let’s dive in!

Frostbite 5e is an evocation cantrip found in the Xanathar’s Guide to Everything.

The fact that you don’t need a material component and the pretty okay range are two decent benefits for when you are using a class with low durabilities like the wizard or warlock.

When you cast the cantrip, you cause an intense numbing frost to form on one creature that you can see within range.

The target of your cantrip must make a Constitution saving throw.

The Frostbite cantrip is a typical fail or sucks spell. But, simultaneously, the fact that you can give your target a disadvantage on their next attack is very strong. Even more so when you are trying to mess with the action economy of a single strong target.

Unfortunately, the saving throw for Frostbite is constitutional. However, many DnD creatures can make those throws successfully.

Like most cantrips, Frostbite increases in potency when your level goes up. Unfortunately, the cantrip does not get much more potent when you gain levels. The spell’s damage increases by 1d6 when you reach the 5th level (2d6), 11th level (3d6), and 17th level (4d6). There is no additional effect beyond that, which is quite a shame as I would have loved something like freeze damage per turn.

What classes can use Frostbite?

There are quite a few classes that have access to the Frostbite cantrip. These are the classes that can use the spell:

The instances where I would give one of these classes – as a DM and player alike – this cantrip are extremely limited. There are just so many superior options to Frostbite.

The main strength of this cantrip lies in the fact that you can give your opponent a disadvantage on weapon attacks. However, this can mess with their action economy quite a lot as you don’t get a lot of those per turn, and missing one can be pretty significant.

I must stress that the text says weapon attacks. So a barehanded melee attack will be unaffected by the disadvantage that Frostbite gives.

An excellent advantage of the Frostbite cantrip over other cantrips like Firebolt is that cold damage has fewer resistances. So, that makes the spell a bit more enjoyable to use in some situations. Fire is the most resisted element of all, so having a frost damage dealing spell can be helpful.

Frostbite can be useful at earlier levels and as a way to mess with the weapon attack of an opponent; however, there are better alternatives. First, the cantrip does not scale very well with your level. Next to that, the damage it deals is nothing special, too. Therefore, I would skip using this spell unless you make some kind of frost mage.

It goes without saying that you should not pick this cantrip as a magical secret when you have a level 10 bard. There are much better options at your disposal.

Is Frostbite any good in 5e?

The frostbite cantrip is a lower-tier attack in terms of power and usefulness. There are better cantrips to choose from that deal more damage, scale better or have a superior effect.

What does Frostbite Debuff?

Frostbite only debuffs weapon attacks. That means an opponent wielding a sword will have a disadvantage on its attack roll. However, as you might have realized already, this disadvantage does not work on unarmed attacks or magic.

What level is Frostbite?

Frostbite is a cantrip, so it is the lowest level spell you can have. That means you do not need to spend a level 1 spell slot to have access to it.