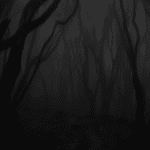 As some Chinese general guy once said: Knowing the terrain is pretty dope. In DnD 5e, the landscape can have quite some effect on the battle. Today we will look at how Heavily Obscured 5e works and give examples of this terrain status in action. Like we often do, we will also answer some of the most frequently asked questions about Heavily Obscured in 5e DnD.

We aim to remove all the confusion and questions about this for players and DMs, so you can have a smoother campaign that doesn’t involve looking up things every 5 seconds. Let’s dive in!

What exactly is Heavily Obscured in 5e DnD?

To find the definition of Heavily Obscured, we need to look at page 183 of the official Player’s Handbook. There you will see the following information:

“A heavily obscured area–such as darkness, opaque fog, or dense foliage–blocks vision entirely. A creature effectively suffers from the blinded condition when trying to see something in that area.”

There are a couple of things we can deduct from this short bit of text:

When you are shooting a spell inside the area (even from the outside) or fighting in the area, you suffer from being blind. However, all other status conditions are unaltered. This status is fascinating when you are inside the area, and the opponent is outside or the other way around.

Your DM can (and should logically) change this to ensure both are suffering from the blinded condition, as it makes little sense that something inside would not be blinded.

If you are doing a ranged spell attack or another kind of attack, you will have a disadvantage on the attack since you can not see your target. But, on the other hand, you get an advantage against creatures inside the heavily obscured area, so you will fight like usually without any advantages or disadvantages.

Can you take cover in the Heavily Obscured area?

This depends on the area. To have total cover in 5e dnd, you need to be concealed entirely by an obstacle. Darkness and opaque fog are likely not to be considered obstacles, even if they cause blindness. However, the argument can be made that foliage is an obstacle. In that case, you can use the heavily obscured 5e area as a way to take cover.

However, your DM might say that the foliage is just tall grasses and bushes. Then you might argue it is not on the same level as other obstacles like solid rock and gives similar resistance to water, which is not an obstacle.

A few spells might be interesting if you want to make a heavily obscured area.

Fog Cloud: when you cast a fog cloud, you have a sphere of 20 feet of heavily obscured space.

Darkness: when you use this spell, you conjure a magical dark zone with the same effects.

Both spells are okay. However, they aren’t strong unless you are experienced using the terrain to your advantage. If you want to use the effects to their maximum potential, I advise you to read the next chapter!

How to use a Heavily Obscured Area like a pro

Can we see through heavily obscured 5e?

There are several ways to see through a heavily obscured area in 5e DnD or at least negate its effects. If you have truesight, you can see through the darkness if it has a magical nature. You can also see through it with blindsight, as you do not need to have the vision to see what is in the area.

There is also darkvision, which allows you to see a certain distance as if it were daylight, and then there is Devil’s sight which will enable you to pierce pitch black darkness with your gaze and see through it. The thing with darkvision is that it only works with regular darkness (abscess of light in, e.g., a tunnel), not when the darkness is magical.

Yes, there are a couple of ways to pierce the Heavily Obscured zone and see what is inside. One of these ways is to use True sight when the darkness is magical. E.g., the darkness is caused by the darkness spell. However, as far as I know, it won’t pierce through the thick foliage.

Does a heavily obscured creature get an advantage?

When you are confronted with Heavily Obscured in 5e DnD, there are a couple of things you need to keep in mind. First, if you don’t have an advantage on attack rolls, you will have a disadvantage; if you do have an advantage, it will be canceled out.

There are also a couple of ways to pierce obscurity. A couple of good ways are with Truesight, Darkvision, and Devil’s sight. These can see through (magical) darkness and allow you to find your enemies easily.

Finally, Heavily Obscured areas are also a great place for you to hide in. If your enemy cannot find you, you can escape them more easily. You can also use zones like that to lay an ambush.