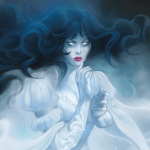 Throughout Dungeons and Dragons, players will encounter various creatures that hold Vulnerabilities, Immunities, and Resistances to multiple types of Damage that can be dealt. These most common Resistances in 5e DnD, which will be the subject matter for this list, have a varying degree of how often they are used compared to others within the game.

To inform the unaware, a Resistance to a particular damage type gives the creature with it protection from the kind of damage listed, allowing them to only take half of the Damage dealt to them in that type. An example is if a creature is resistant to fire damage and then is injured with fire damage.

Although the lowest encountered Resistance on our list, the Radiant Type of Damage has its usefulness. Only found in spells or the weaponry of Paladins, Radiant Damage can go through most creatures and damage them because there is no immunity.

According to the Monster Manual, no single creature within Dungeons and Dragons has Immunity to Radiant Damage. Still, some from other published media do exist.

This makes the radiant damage type rather versatile to those who can use it since it can harm anything that gets in the player’s way. Of course, some Aberrations do hold a vulnerability to it as well, having them take double the Damage as opposed to the normal amount.

Slashing Damage and Bludgeoning and Piercing Damage is technically the most common damage type. Save one that will be discussed later in the list. Slashing Damage mainly comes from Swords and Daggers, as you would be trying to cut with those weapons.

As such, it should come as no surprise that with this being one of the four most common damage types, there would be a low number of creatures resistant to it; twenty-six of them, to be precise.

These 26 are creatures simply made of materials that are naturally resistant to being cut, such as metal or thick wood.

Bludgeoning Damage, like Slashing Damage, is one of the most common types of Damage that can be dealt with within Dungeons and Dragons. Done mainly by Maces and Warhammers, this is best described as trying to smash your opponent into a fine paste instead of cutting them down or stabbing them directly.

In a similar story to the other types of widespread Damage, the 36 different creatures that resist it do so through natural formation, as they are made of naturally resistant material to this type of Damage.

A slight break from the Damage dealt solely by weaponry. Instead, psychic Damage is a type that is mostly, if not exclusively, found through spell casting.

This type of Damage is seen as something that affects the mind of one’s opponent, either through Bard Spells like Vicious Mockery or from spells used by other spellcasting classes such as Mind Sliver and Dissonant Whispers.

Although there are 43 Different creatures resistant to this damage type, those that hold this Resistance are either other spell-casting creatures or things that primarily rely on Psychic abilities to be able to go about their day-to-day functions, such as Mind Flayers.

Returning to Damage dealt solely by weaponry for a moment, Piercing Damage is the third most common damage type out of the four found on this list that any player can simply stumble across within Dungeons and Dragons.

Spears, Bows & Arrows, and even the bite from a creature can deal Piercing Damage against an enemy, though this damage type shares a similar story to the other “weapon-only” damage types found in this list.

The creatures that are resistant to it are usually things that are so through natural formation, either through being made of a material not customarily hurt by such Damage or from having a natural armor too thick for piercing Damage to do much against. With 45 of them fitting this resistance category, it would be better to switch to spells or another physical damage type if they want to avoid this Resistance.

Acids are a natural form of Damage found in the wilds between the sprawling cities in any world used for a campaign. As such, the Acid Damage that comes with it is also fairly common to see, and many creatures hold this Resistance to it, with 76 of them having it.

Such Resistance can be found in various creatures, though the first that can come to mind is the Dragons, who typically hold elemental resistances based on the colors of their scales.

Still, this specific Resistance only applies to Black and Copper Scaled Dragons. Others, such as the Lich, are hazardous creatures that can easily wipe out a party if they are unprepared to handle the fight.

Although this is a surprise to little, Poison Damage is found to be a common ailment used by assassins and thieves should some part of their shady machinations go awry. As such, it is no surprise that a large number of creatures are resistant to this damage type, though not in the way one would expect.

Most creatures who hold this type of Resistance are either made of a material that cannot be poisoned or are simply a part of the undead, which cannot suffer true poison damage.

As such, while this damage type is in the middle of this list on Resistances, it would be the top dog on a list of Immunities, as over 500 creatures are Immune to this damage type, shadowing the others in that category.

This makes sense, as dealing Necrotic Damage against something already dead wouldn’t get anyone anywhere good. So, if someone is going up against a Lich and suggests using spells such as Toll the Dead or Spirit Shroud, you should ignore their advice and focus on other damage types to use against them.

One of the more natural and easily found types of Damage, Lightning Damage tends to be a fan favorite for Evocation Spellcasters. Their capacity for high Damage against certain creatures at the cost of a low-level spell slot and/or easily findable materials for the physical requirements makes such a damage type quite lucrative to many.

Unfortunately, a decent number of creatures are resistant to it, though the most common ones are incorporeal. Ghosts, Poltergeists, Wraiths, and Shadow Demons are just a few of the 165 monsters within Dungeons and Dragons resistant to this type of damage. However, depending on what is being thrown at the party as a monster to face down, Radiant Damage might be the go-to for such a battle.

In a similar light to Lightning Damage, fire damage is a more natural form of Damage that can be found worldwide and is fairly usable by Evocation Spellcasters for the same reasons as Lightning Damage Spells.

Namely, High Damage Output for low spell slot/physical costs. However, there are more beings immune to this damage type, with Demons, Elementals, and even the previously mentioned Incorporeal beings all a part of the 188 different monsters resistant to this damage type.

The most common weapon-based damage type that can be seen, Non-Magical Damage, is mostly just seen through a combination of Slashing, Bludgeoning, and Piercing weapons that hold no magical enchantment or properties.

For any player using these weapons, facing a monster with this Resistance is somewhat akin to the “this tall to ride” signs by amusement park rides. Of course, by the time the Dungeon master throws one out of the 198 creatures that have this Resistance at the party, one or more of its members (if not all of them) would have a Magical Weapon of some kind that could bypass this Resistance.

Either way, if you are a Dungeon master, and the party has been relying on NPCs to handle the Damage for them, a creature with this Resistance would be a surefire way to get them to change their ways quickly.

The Cold; Everyone within the worlds of Dungeons and Dragons and the Real World hates it to a degree. Its chilling bite can cause a being to feel rather hurt while suffering from it in an environment that would be this way.

As such, this is the most common Damage Resistance, with 238 monsters holding Resistance to it, but for reasons that make more sense as you look at the creatures with these resistances. Undead monsters, Incorporeal spirits, and Elementals are many of the ones that hold such a resistance to this type of damage.

Trying to freeze a ghost or a skeleton doesn’t affect something that has felt the cold of the grave and, in turn, would seem silly to try in the form of damage output.

Conclusion on Most Common Resistances 5e

Many of the Resistances and the numbers are shown in this list cross over to various monsters, as nothing stops a creature from resisting more than one damage type during any combat encounter.

These Combinations and the singular resistances as a whole are meant to give a greater challenge to the party facing them, so when they properly fight these beasts, they won’t be able to simply hack and slash their way through the problem.

Instead, these Resistances help the players think outside the box when battling these beings and, in turn, make the combat more enjoyable.