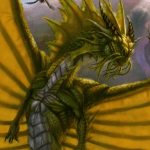 A common means of combating an enemy or helping a party with various enemies is through various spells available to different spellcasting classes within a campaign. However, some players want to use spells outside the realms of published media and, in turn, make things more enjoyable through their means. So time for a homebrew spell top 12!

This is achievable through the wild world of homebrewing, as many spells exist within Dungeons and Dragons that can aid a party in combat encounters or passive environments in the realms of Homebrewed Material.

One of the things that are important for any spell caster to be able to cast the spells they wish to use is the Components. This spell restricts the usage of any spells that require the vocal component, which is most, if not all, spells within Dungeons and Dragons.

By forcing the spellcaster targeted by this spell to fail a Wisdom Saving throw, they will be forced to scream uncontrollably for a single turn, making them unable to actually cast any of their spells.

This can help a party during a dangerous fight with an extremely powerful spellcaster like a necromancer. It gives the party in the encounter a moment to catch their breath, form a plan, and deal extra damage against the creature without worrying about them becoming the target of a highly dangerous spell, at least for a time.

Aarion’s Thunder Charge grants the spellcaster, either a Sorcerer or a Wizard, the chance to drop the wand and the staff and use their bare, magically enhanced hands instead. Using this spell, the caster infuses their hands with electricity. Either the next unarmed strike, touch-based attack, or other means of physical contact will deal an additional 3d12 Lightning Damage.

Although this does give the spellcaster a chance to go up and beat the hell out of an enemy themselves, it is much more helpful to choose someone better suited for that, such as the Fighter, Monk, or Barbarian, to gain this extra damage to deal against enemies.

Of course, if they don’t discharge the excess energy within one minute, it will backlash and deal 1d12 lightning damage against themselves instead, so they are advised to choose an enemy quickly and pummel them before they get shocked.

As a spell that is meant to work hand in hand with Booming Blade, Charged Blade deals an extra 1d8 Lightning Damage to any creature that is attacked with a melee attack that is within the 5 ft range after the initial attack that charged up the blade on the first part of the spell.

This promotes classes capable of using spells and being proficient in combat skills, such as Paladins, of being able to deal extra bits of damage against an enemy within their melee range. Not only that, but the enemy creature affected by this spell can also not take any reactions until the end of their next turn, giving them a serious crutch that the party can utilize in combat.

This is best used when another player needs to back away from an enemy without invoking an attack of opportunity, as this spell would be able to stop them from doing so, thanks to the denial of usage of their reactions.

Not all of the spells on this list are solely meant for combat; some, such as Analyze Blood, are meant mostly for a passive purpose that can help the party investigate a battle or a crime scene.

For example, using a fresh blood sample within an area, A Wizard, Warlock, or Sorcerer can gain information through the blood sample and the spell. This information could be the creature’s type, current location, or even the being’s name. With such capabilities, this spell is a highly effective tool for hunting and tracking down certain creatures.

Especially if they are wounded and require the party’s aid, or it is a person they are looking for to be able to progress the main quest, but said person is either missing, wounded, or both.

Sometimes, the best way to deal with any creature considered a Necromancer is to remove the source of their power; the Dead. By targeting a single dead creature that has been dead for longer than one minute, this spell can cause the body to bloat and swell up. Before exploding and dealing 2d8 Necrotic damage to creatures within a five-foot radius of the corpse (and upon failure of a Dexterity check).

At the same time, some could consider this spell to be rather evil, as stated in the very short introduction to this spell. However, it can be a highly effective tool against Necromancers who would have to rely on these corpses to be able to later use them against the party or fellow inhabitants of the world the campaign is taking place in. The spell can be upcast to increase the damage dealt from the explosion.

The explosion increases the size of the radius from the corpse for every size past the Medium that the corpse happens to be.

In a combat situation, sometimes the best method to throw off your enemy is through illusions and deceptions that could assist in taking the focus off the caster and instead in other directions that do not harm the caster.

For example, the Shadow Clone spell allows the caster to create a clone of themselves using their blood as the physical material, both within and outside of combat. Outside of combat, this clone can fall for the caster should they end up being chased by guards trying to arrest them or even committing the criminal act themselves, while the real caster simply does their own thing.

In combat, they can cast any spell that the caster themselves has, and they share the same spell slots, with their AC and Health Pool being determined by additional rolls made by the caster upon creating the clone. Using this spell in a battle can help distract the target from the real caster and give the said caster a chance to heal themselves or prepare a devastating attack that could’ve been interrupted by the enemy if they were the sole focus.

When in a battle against a boss-level enemy, one of the biggest questions in the player’s mind is what type of damage will deal the most damage against them. However, the means to learn that information can quickly become a case of trial and error, though thanks to the Test Strike Spell, this can be handled in a single swing.

By launching this minimal damage spell at a target, the caster learns if the target has resistance, vulnerability, or immunity to either piercing, bludgeoning, or slashing damage based on a color system by the small motes left behind from the attack. This spell improves itself as the player reaches their 5th, 11th, and 17th character levels, adding extra types of damage to be able to determine what type the creature can be hurt by out of all of the available types of damage that exist.

This can be very helpful in combat, as it can shorten the time needed to fight the monster since the party will know what damage type is best suited to fight the creature in question.

Situations with missing details when the party discovers them can have many unanswered questions that take time and resources to find out the truth. However, with this spell, learning crucial information through the eyes of a creature that had died within the area by permitting them to see the last moments before their death.

This spell is mainly plot driven, as the Dungeon Master is the main proprietor as to what the caster themselves witnesses through the eyes of the creature in question. Such a spell could even help drive the party down the main quest if they had to go around the place and put the pieces together through other means.

On the other end of the coin, in comparison to the previously mentioned Corpse Bomb, the other way of beating a Necromancer in battle is by beating them at their own game and making the corpse they revive into a full-blown resurrection.

By using this spell, the creature that was resurrected regains its intelligence and is freewill, no longer under the control of the necromancer who brought them back. This is especially helpful when the party is forced to kill a previously adored party member or a person of crucial importance to one of the player’s backstories.

This can also help in situations where combat and hostile forces are not involved, as the spell can also bring back entities whose intelligence score is Six or less, though this is up to the Dungeon Master’s discretion as to how far this limitation can be bent.

This spell is incredibly simple in its function and is mostly just a passive spell used for keeping one’s money organized. By placing either 50 coins or a single pound of currency into this magically summoned bag, the caster can pull or pour out the subsequent change in the coin of the caster’s choosing.

This means that if a person places 50 Copper Pieces into the bag, they can immediately pull out 5 Silver instead. This can help them shore up any loose change they may have in their inventory and turn less valuable coins into ones with a higher value whenever they end up running low on the needed coin.

Rinn’s Prismatic Orb can bring the Disco Years into a Combat Encounter for those who want to get a bit goofy with their damaging attacks. By throwing a multi-colored sphere at a creature within the 90 ft. range and then rolling a single d8, they can randomly determine the type of damage dealt to them.

This spell is also capable of causing the targeted creature to either become restrained, blinded, or even struck with two different types of damage, depending on the rolls made by the caster. Such a powerful spell can be useful in a combat encounter while having the player effectively throw a disco ball into the combat arena and deal elemental damage.

As the final and most useful spell in the bunch, Spellsteal is surprisingly simple in its casting and function. Suppose a creature is casting a 1st level spell. In that case, the caster of this spell can take that spell and reverse it back to the original creature.

Causing them to not only suffer whatever effect the spell would have done against the player character, but also makes them waste a spell slot and/or components needed to cast the spell.

Suppose someone was to upcast this spell, the level of spell that could be reversed back increases by 1, giving the caster an even bigger range of spells to be able to shoot back. The caster doesn’t need to know the targeted spell, nor do they have to use one of their spell slots to be able to shoot this spell back, making it quite the protective spell to use in the middle of a battle.

These Homebrew spells are but a small fraction of spells that can be utilized during any campaign, though it is always best to get the permission of the Dungeon Master of one’s campaign before they decide to add this to their spell list.

In addition, of course, a Dungeon Master can also give creatures their own spells from the wide world of Homebrewing, making them incredibly dangerous in their own unique way.