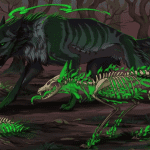 It’s no secret that we at Creature College enjoy a good necromancy spell—one of the most quintessential ones in 5e DnD as Raise Dead. However, while the spell does exactly what it says, there are quite a few uses you might not have thought of.

In this guide, our expert veteran DMs will discuss everything to know about effectively using Raise Dead 5e as a player and a DM. We will discuss the requirements and the best uses and answer a couple of FAQs about this classic necromancy.

Contents hide
What is Raise Dead 5e, and how does it work
Attributes
Spell description
Raise Dead advantages and drawbacks
Advantages
Disadvantages
The problem with standard Raise Dead Rules
Raise Dead rules in Critical Role
Creature College homebrew rules
What about decay?
Best uses for Raise Dead 5e
Raising dead (duh)
Raising dead as a service
Interrogations
Sending a message
Play a good (or very evil) necromancer
Raise Dead 5e FAQ
Can a warlock raise dead in 5e?
Are undead considered dead creatures for raise dead 5e?
What are some creatures and monsters that can use Raise Dead 5e?
How much would a raise dead scroll cost 5e?
What classes get Raise Dead 5e?
Advice and final thoughts
Related Posts:

What is Raise Dead 5e, and how does it work

You use the Raise Dead 5e spell by saying the words, making the gestures, and offering a diamond worth at least 500 gold pieces. When you do, touch a creature that has been dead for at most ten days. The creature is revived when:

When Raise Dead has been cast successfully, the creature will return to life with one hit point. The creature will be cured of poison and nonmagic diseases from which the target suffered when it died. The creature’s mortal wounds will be closed, but any missing limbs and organs will not return.

Magical diseases and curses are not removed, and the creature is weaker when it returns to the dead. The target has a -4 penalty for all attack rolls, saving throws, and ability checks. Per long rest the creature takes, the penalty is reduced by one. In other words, to fully recover from Raise Dead 5e, an animal needs to take four long rests.

Note: you might also enjoy the guide on Animate Dead 5e we wrote a few weeks back.

Long Duration: Raise Dead 5e can work after the target has been dead for ten days. That duration is very long and means you can take your time gathering the diamonds to revive the party. If you don’t have access to the spell, you still have enough time to find a caster.

Low requirements: The conditions are rather low to raise a dead creature after ten days. The spell is only a level 5 necromancy spell and does not cost much to cast.

No ritual needed: Oddly enough, raising the dead is no necessary ritual. The casting time is one hour, which is not enough for such a powerful effect.

No significant side effects: Despite being dead and brought to life (much) later, the side effects are not harmful at all. You just need to take four long rests and are back to normal. No exp loss, no lasting impact, nothing bad.

Makes dead trivial: My main issue with Raise Dead in 5e DnD (and other editions and Pathfinder) is that it makes dying trivial and more of a nuisance than a major event in the ‘life’ of a character. You can wait up to 10 days to revive someone; after four long rests, it is as if nothing happens.

Requires all components: Spells that require all components are always annoying. Therefore, we strongly prefer spells that do not use specific components, like magic that uses no materials.

Pretty boring casting: There is nothing extraordinary or fantasy involved in raising the dead with this spell. There are no weird side effects or rituals needed. The magic is just to succeed or fail with nothing special.

Raise Dead is a strong spell with very few drawbacks. Many Dungeon Masters will agree when I say that combination is often not fun. The fact that this magic makes dead almost as easy as respawning in a computer game is bad. Dead becomes trivial, and the roleplaying aspect and suspense of a close battle suffer if you can wait up to 10 days to revive your allies. So here are two alternate rule sets for Raise Dead 5e DnD.

Matt Mercer from Critical Role uses an interesting ruleset for the Raise Dead spell in his D&D campaigns. Instead of a straight cast, it becomes a ritual spell. For the spell to work, you need everything in place (soul, intact body, materials, …)

However, to make the spell work, there is an additional rule. The player needs to make a straight d20 roll and beat a DC of 10 plus the number of times the creature was resurrected. If the roll fails, nothing happens.

In our campaigns, we adjust the rules a bit too. We make the Raise Dead 5e necromancy a ritual spell and add a material to mix. Next to a diamond, you also need a personal possession of significance to the mix. The longer it has been that the creature died, the more significant this item must be to them. These items can also be drawings of loved ones.

When a creature dies, and the party wants to revive them, I make them throw a d20. First, they need to throw a DC 10 or more + the amount the creature has been resurrected. Then, if they fail, they must make another throw, again a D20 for a DC10 plus the number of times the creature has been revived. If the roll fails, nothing happens; if they succeed, the target becomes a zombie. This zombie can be loyal to the caster if they have fond memories and feelings towards the caster; if they have not, the zombie is hostile.

Another thing that bothers me about Raise Dead 5e and how people use it is that they do not consider decay. If the body dies in a hot place and is not kept cool, the organs will start rotting after a few hours. There is no way that a body that has not been cooled is revivable with a level 5 spell. So I add that rule to all my Raise dead 5e uses.

The most important use of the Raise Dead spell in 5e is bringing creatures back to life. This spell is one of the best necromancy revival magic in the game. Since it is a level 5 spell, the Cleric gets access to it rather quickly. However, the Paladin only gets access to it at level 17, which will take much longer.

Having at least one character in the party who can cast Raise Dead is a good idea, as it makes dying much less impactful. However, I would apply our amended rules to make sure battles are still fun, and there is suspense.

Raising dead as a service

Generally, people do not enjoy dying or having their loved ones die. However, if you are a spell caster with access to this magic, you can make quite a bit of money going to large cities and raising the dead as a service.

I would advise you to visit the local temple and ask about any recent deaths. You can make a good amount of money if they can pay for the diamond and your fee. Since people die all the time, this is quite a repeatable business.

You might steal business from the local clerics, which can be a story hook. Or you can run into cult fanatics that think the Dead should stay dead. From a narrative point of view, there is a ton of interesting stuff going on with this use! This service makes even more sense if you are a Life Domain Cleric with access to many strong healing spells like Prayer of Healing and Life Transference. That way, you can earn gold for the often (very) expensive materials.

Sometimes the bad guys need to move quickly and can not do enough damage to the body to revive them. In that case, Raise Dead is one of the best spells to have access to. Since you have a time window of 10 days in the vanilla rules, you can take your time and check which witnesses or victims might be worth reviving.

If you do not have access to this spell, you can use Speak with Dead 5e, and if needed, in combination with Zone of Truth 5e, to get the information you need or at least some hints. In case you are going the torturing way, raising the dead can be useful when the torture is a bit too rough.

In a world where dying is made a nuisance due to the existence of powerful magic like Raise Dead, you can also use it to ¨send a message” to enemies. When you want to make clear that you are not kidding around, you can always kill them or someone close to them and use raise dead right after. That shows that you are serious and can do as you please, sure to scare them into doing whatever you want.

Another good use of the Raise Dead spell is by going around villages that had a tragedy happen to them and raising as many dead as possible. Doing this for them is sure to win you some loyalty, rewards, and admiration. This is the way to go if you want to establish yourself as a good ruler. But, of course, nothing stops you from causing the tragedy under a false flag attack.

You might also enjoy the following magic guides if you are new to D&D or want to get some fun tips:

Can a warlock raise dead in 5e?

No, only the Bard, Cleric, and Paladin can use the Raise Dead spell in the vanilla version of 5e D&D. You can use other necromancy spells like Animate Dead, but using this one won’t be possible unless you find a way around with a special ability or magical item.

No, the undead can not be raised using the Raise Dead spell. The rules explicitly state that magic can not be used to resurrect creatures classified as undead.

What are some creatures and monsters that can use Raise Dead 5e?

As far as we could find, there are no monsters with that ability in the vanilla rules. However, if you are homebrewing, there are a few monsters and creatures where adding this magic to their ability makes sense.
We suggest that in a Homebrew DnD campaign, some necromancers, cultists, priests, and Death Domain clerics can use the Raise Dead spell.

How much would a raise dead scroll cost 5e?

Since the spell is rather powerful, and you need a diamond worth at least 500 GP that is consumed, the scroll should be priced at at least 1300 GP.

What classes get Raise Dead 5e?

Only three classes in D&D get access to raise dead in 5e. These are the Paladin, the Cleric, and the Bard.

If you are a cleric, you should pick Raise Dead as one of your spells. It is one of the game’s most powerful resurrection spells and has few drawbacks. However, if you are a DM, I strongly suggest you use our special rules to ensure that the effects are not too overpowered.

There are plenty of uses from a narrative perspective to implement Raise Dead besides just reviving dead allies. You can sell it as a service, use it to intimidate NPCs, and use it to gain favor and loyalty. Unfortunately, if you are a necromancer who wants to use the spell to revive the slain undead, that is not possible. Instead, you will need to keep restocking your lines of zombies and skeletons with spells like Finger of Death or learn how to heal undead before they perish.