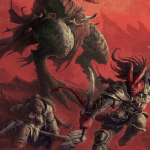 Hello, evil wizards and lazy adventurers. Do you consider yourself a born leader, or are you not in the mood to do some trivial tasks? Mass Suggestion 5e is one of those underused spells with so much potential if you are creative.

Our Expert Dungeon Master has poured his heart and soul into writing this guide on one of his favorite spells, Mass Suggestion in DnD 5th edition. We will discuss the pros and cons, FAQs, and how to use this enchantment in the best possible way.

What is Mass Suggestion 5e, and how does it work

When you cast the spell, you may suggest an activity (of up to 2 sentences) to up to 12 targets of your choice within range that hear and understand you.

Target succeeds the saving throw: Nothing happens to the creature.

Nobles and officials are always looking to make some extra coin. However, sometimes the reward is not worth the risk, and they need a little convincing. Mass suggestion is excellent to have a whole squadron of nobles doing dirty deals with you or amongst themselves. There are a couple of ways you can use this spell and the consequences if you do this use.

2. Get better prices and steal stuff

Merchants want to make a deal, and underpaid shopkeepers don’t care how much they get for items that don’t belong to them. Maybe you can give the people in the marketplace a suggestion to sell their stuff on the cheap to you. Get your entire shopping trip done at several merchants with a massive discount.

Of course, you can also use this to do a massive heist. Just make people look the other way; filling out so much paperwork and risking your life to protect someone else’s stuff is not worth it, isn’t it?

3. Use prejudice and hate to have allies turn on one another

Sometimes your opponent’s army is a bunch of ragtag sown together minions with little amicability between them. Knowing DnD lore helps to know which creatures do not like each other. For example, Giants have prejudice and sometimes even downright hate against smaller creatures.

Do you want to give up your life for this wacky cult leader? Are the plans of this evil lich really what you want to execute? I suggest you guys just run away until you are out of danger.

A suggestion like this is logical and extremely useful. However, the odds of a bunch of minions accepting this proposition are even more significant if they have seen a couple of their buddies perish to horrifying attacks like Circle of Death or Destructive wave.

You can not use Mass Suggestion 5e for over-the-top stuff! This is because so many players think it is some kind of god spell that enables you to be some kind of deity that can send people on crazy suicide quests. No, it does not work that way. It is a suggestion and must sound logical and somewhat reasonable in the mind of the target of the spell.

Creative players who enjoy role-playing and have a lot of brilliant ideas for logical and not stupid plans will genuinely enjoy using the mass suggestion in their campaign. For those players and DMs, the spell is more than worth it to take for your 6th spell slot.

No, damage does not end mass suggestion outright. Instead, it ends when you suggest an action that is not reasonable or when the proposed action has been completed.

What level is Mass Suggestion 5e?

It is a level 6 enchantment available to Bards, sorcerers, Warlocks, and Wizards to cast.

Can you upcast Mass Suggestion 5e?

Yes, it is possible to upcast Mass Suggestion. When you do this, the duration of the spell will be increased. For example, if you put it in a 7th level, you can prolong the duration to 10 days. In the slot above that, the eight, you get 30 days. At the highest upcast, the 9th slot, you can place targets under the enchantment for a year and a day!