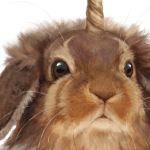 Many spells within Dungeons and Dragons hold varying effects and conditions about them outside of standard damage spells. From Blinding the targeted opponent to causing them to fear the Caster, these extra conditions can help the battle’s tide turn in favor of the party and, in turn, the Caster.

However, one group of spells exists that helps more than other types: Charm Spells. Charm Spells can allow the Caster to take control of a target and convince them to do what they want through various applications and means. This list of best 5e charm spells will cover some of these options, with the best one for a spellcaster’s list near the bottom.

This list will also mainly focus on any spell categorized on D&D Beyond under the “Charmed” condition filter, so spells that normally cure the Charmed Condition will not be here.

Beasts and other wild Animals are one of the many creatures that a party can come up against and have to fight during a campaign. However, sometimes the party isn’t looking for a fight with one animal, but trying to pass through its territory.

The Animal Friendship spell convinces a single beast that they mean no harm, and the beast will automatically fail a Wisdom check if their intelligence is four or lower. Upcasting the spell allows the spell to target more than one beast, giving a maximum number of beasts convinced with this spell to a total of eight beasts.

This can be useful when trying to avoid a pack of wolves or the inhabitants of a Bear’s Den. Especially if the party is trying to get out of an area, they are in and get to a safe place without much trouble between points A and B. This gives it a nice 12th spot on the best charm spells 5e list.

In many instances, Fear can cause an entire crowd of people to lose their calm demeanor and make decisions that can be otherwise dangerous to themselves and those around them. Sometimes, this danger could also extend to the party, should they find themselves wrapped up in Fear and confusion.

The Calm Emotions Spell helps combat this by suppressing strong emotions that any group of humanoids within a 20 ft radius of the spell’s center point may be feeling at the time, should they fail the Charisma Saving Throw. This can also help deal with the Charmed of Frightened Conditions, though the condition’s effect will resume when this spell ends if it hasn’t expired by then.

Finally, as a third option for what the spell can do, it can make the group feel indifferent about a group of entities they would otherwise deem hostile towards them. This can be useful in plot-relevant situations where a hostile race has recently changed sides to aid the party, but townspeople are unaware of such a change.

Combat encounters can sometimes become quite a lot to handle, especially if the players dealing with it have to face off against more enemies than there are within the number of members within the party.

As such, the Incite Greed spell can help as a form of Crowd Control. By holding up the gem that the spell used as the physical material, any creature that failed the wisdom saving throw became charmed in this way. As a result, the creature can only walk towards the Caster in a friendly manner, staring greedily at the gem in question once they are within 5 ft of the Caster.

The Caster can use this to their advantage by moving themselves and, in turn, the gem far away from the main battle. The remaining party members can attack the enemy creatures not affected by the spell and pick them off during the spell’s duration.

Sometimes, the best way to make a friend is through magical means, even if it means bending the will of a creature to the Caster’s will. Fast Friends works in the same way as any other Charm Spell mentioned on this list and will be mentioned further down the list.

The target must succeed a Wisdom Saving throw, or else they become charmed by the spell. When the targeted creature is charmed in this way, it can undertake any services or requests made to them by whatever means they have available.

In addition, the creature can make extra wisdom saving throws if the request made to them would be outside their normal actions and desires or if the request would cause harm to the charmed person, though there is no guarantee that they will succeed.

Once the effect is over, the affected creatures will know that they were charmed, which is up to the Dungeon Master as to how they handle it. This mainly works as a passive spell since using this in combat could risk having them break out of the charmed condition early and, in turn, make it a wasted spell slot.

Although being able to charm beings already alive is great, some players would want to charm other creatures or entities without worrying about picking stronger spells such as Dominate Beast.

After that, it is charmed for 30 days until the effect ends or the party does something to harm it. For example, if used on a Plant, the plant comes to life and takes the stats of a plant-based creature, such as an awakened shrub or tree.

After the effect ends, the affected creature can choose whether to remain friendly, depending on how it was treated during the charm. This can help make animal friends past the capabilities and limitations of the Animal Friends Spell. Giving it a well deserved 8th ranking as the best charm spell 5e has to offer.

The Charm Monster Spell; One of the classic Charming Spells on this list and a fairly simple one to understand. It functions the same as any of the other charming spells; wisdom saves must be made by the targeted creature, or else they are charmed.

In the case of this spell, there isn’t a limitation on the type of creature that can be charmed by the spell, though it will have an advantage against the wisdom saving throw should they be fighting against the Caster and their party.

Unlike Charm Monster, Dominate Beast is strictly meant to target any monster that is considered a Beast and used in the same way as any others. While the beast targeted by this spell is charmed, they and the Caster will have a telepathic link so long as they remain on the same plane of existence.

The beast can be commanded to complete tasks considered general forms of action, such as moving to a certain spot or retrieving an object the Caster can see and call out for. In addition, it can attack other creatures, using the stat block of the Monster that was charmed to be able to initiate combat, and if it does not have any other orders, it will do its best to defend and preserve itself.

As an action, the Caster can take more direct control of the charmed beast, with it even being able to take reactions upon the choice of the Caster controlling it, though it will use the player’s reaction to be able to do so.

This effectively gives the party an additional ally for the spell’s duration in the form of whatever beast was dominated by this spell, which can help in the long term of combat encounters.

The world, in all its order and rules, sometimes needs a little chaos to keep things in check. The Crown of Madness spell is one of those more chaotic charm spells, as it allows the Caster to make the affected target attack other creatures within their range besides itself.

It can act normally if the Caster doesn’t take any action for the affected target to make or if there are no targets within its range to be able to attack. With every turn past the initial casting of the spell, the Caster has to take action to keep the spell going, or else it will end.

Suppose the Caster hangs back (within the spell’s casting range) and continues using their action to control this creature. In that case, the party will technically have an ally within their ranks that is causing Chaos among them, even being able to kill one or two of the enemies before either one of them kills the affected creature or the spell ends.

Following the miniature theme of Chaos, Nathair’s Mischief isn’t as chaos-inducing as the Crown of Madness. Still, it can help distract a group of enemies and cause minor disarray.

By filling a 20 ft cube within range with draconic and fey magics, those within the cube can either become charmed, incapacitated, or blinded, or it turns the area the cube resides into difficult terrain. While it is not a full Charm Spell like the others on this list, it is useful during a battle with a large group of enemies equally dangerous, either on their own or together.

Hypnosis is very powerful in the real world, whether people believe in its power, and Dungeons and Dragons seem to agree to a certain extent.

Using the Hypnotic Pattern spell on a target within range, the charming creature would be incapacitated and completely unable to move, as their movement speed would be reduced to 0. This can help a Melee-Focused party member to approach them and be able to attack them once they are within range.

However, they can also act as a waste of action for another enemy since the only way to get them out of this effect is to either have them be damaged or an enemy waste their action, snapping them out of the effect.

Either way, it can work as minor crowd control, even if it only affects a single creature. Which makes it powerful enough to make it as our third pick for best charm spell in dnd!

The first spell many players think of when they hear about Charm Spells is Charm Person and its effects. Charm Person targets a single creature and has the affected creature regard the Caster as a friendly acquaintance.

Of course, the spell can be upcast to target more creatures affected by the spell, but other spells in a higher spell slot list can do this much better. However, this spell does act as an introduction to charm spells and the potential power said spells have when used in certain ways by the Caster and/or the party in general.

Dominate Monster is considered by us to be the best charm spell in 5e DnD. This spell functions the same way as the previously mentioned Dominate Beast, though with a major difference between the two; its range of effectiveness.

Dominate Monster can affect any creature that can be subjected to the Charmed Effect, allowing the Caster to have a creature of their choosing be something of thrall to them, doing as they ask while under the spell’s effects.

In their own right, the Charm Spells can be very useful when placed in the hands of a spellcaster that knows what to do with them and how to best use their capabilities. But, of course, such a spell takes time to practice and fully understand. So if you as a player decide to go with one or more of these spells, it is best to think outside the box with what you can use them for and how to apply them to the situation you and your party find yourselves in by the time you cast the spell.