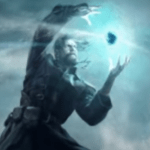 Emphasizing the saying “pretty deadly,” the Dominate Person spell allows bards, sorcerers, and even wizards to beguile their opponents at 5th-level enchantment.

With their enemies at their disposal, this spell allows them to be under their complete control. Read more to learn about the charms of this spell.

What is Dominate Person 5e: mechanics and requirements

You attempt to beguile a humanoid that you can see within range. It must succeed on a Wisdom saving throw or be charmed by you for the duration. If you or creatures that are friendly to you are fighting it, it has advantage on the saving throw.

While the target is charmed, you have a telepathic link with it as long as the two of you are on the same plane of existence. You can use this telepathic link to issue commands to the creature while you are conscious (no action required), which it does its best to obey. You can specify a simple and general course of action, such as “Attack that creature,” “Run over there,” or “Fetch that object.” If the creature completes the order and doesn’t receive further direction from you, it defends and preserves itself to the best of its ability.

You can use your action to take total and precise control of the target. Until the end of your next turn, the creature takes only the actions you choose, and doesn’t do anything that you don’t allow it to do. During this time you can also cause the creature to use a reaction, but this requires you to use your own reaction as well.

Each time the target takes damage, it makes a new Wisdom saving throw against the spell. If the saving throw succeeds, the spell ends.

Given that a telepathic link is secured between the caster and target e.g. a thug, this gives way to having the enemy be your puppet without anyone being the wiser. If you avoid conflict, your target will be forced to follow your commands at your discretion.

Having total control of opponents gives you a lot of power to have them serve and obey you. Whether you need a pirate captain Magic items for a pirate 5e: why and best items to haveto go overboard or have a government official sign an important document, the possibilities are endless! After all, the only person and thing that can limit you are you and your spell duration.

Sometimes, it can be hard to make ends meet in the Dungeons and Dragons world’s economy. Even if you are a high-level spellcaster, it may not be that simple to whip out a spell to create a pot of gold or impress anyone with your magic tricks for cash. But with the Dominate Person spell, the hustle won’t be as hard!

Let’s say you see a nobleman minding his own business. This can be a good opportunity for you to cast this spell so he could make a “generous” donation.

The Dominate Person spell is great for both players and Dungeon Masters to utilize in future sessions. Especially for the strategic and creative thinker, the benefits of this spell outweigh the technical setbacks as it can offer many opportunities to explore.

It’s important for anyone using this spell to consider the limitations though it may seem simple by name, as there can be hitches you may encounter that can make the spell obsolete. Think wisely; surely, you can make the most out of this spell!

Can you use the Dominate Person spell to force out information?

Yes, with the Dominate Person spell to have “total and precise control” of the person, you will be more than able to force out information from your target.

Can the Dominate Person spell be used on someone unconscious?

Can you Dispel Magic on Dominate Person?

It is possible to use the Dispel Magic spell on Dominate Person. However, the person casting Dispel Magic will need to make a spellcasting check per the spell’s description. It can also be upcasted to break the effects without rolling.