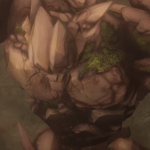 When utilizing Elemental Creatures in a campaign, a Dungeon Master will want to use all available elements in various ways. This could range from using the different types of Genies across the four Elemental Planes to utilizing a Phoenix to attack the party. Of course, not all of the Elemental Creatures are as complicated and intelligent as the previously mentioned examples can be at times.

Some Elementals are nothing more than mindless monsters, attacking anything they deem a threat or their summoner has chosen to be one. One such monster is the Earth Elemental, a Large being of Rock and Earth, capable of death and destruction.

What Earth Elementals are: attributes and description

An earth elemental plods forward like a walking hill, club-like arms of jagged stone swinging at its sides. Its head and body consist of dirt and stone, occasionally set with chunks of metal, gems, and bright minerals.

Earth Glide. The elemental can burrow through nonmagical, unworked earth and stone. While doing so, the elemental doesn’t disturb the material it moves through.

See the Player Handbook page 125 for the official description.

The Earth Elemental being considered a Siege Monster gives it a natural increase of its damage against both objects and structures by a factor of two.

This means that if the monster is included within a group of enemies attacking a city or hunting the party through a series of ruins, the Elemental will have an easier time breaking down the walls they need to get through to get to their target.

Having such a monster also limits where a party could hide for long, as if they are relying on the structure around them for cover and protection, the Earth Elemental can break it down much faster than other creatures.

Being made of nothing but the solid rock can have its combat advantages, as the Earth Elemental’s AC is a rather high 17, making it much more capable of tanking hits from Player Characters.

This is especially useful against Mid-Level characters who are too high of a level to be thwarted by smaller creatures that were previously an issue in the past. It can also be good against a High-level party, giving the party multiple Elementals to deal with to increase the challenge of the combat encounter they are in as opposed to the singular one.

A creature of this size having a Multiattack, even for a melee attack, can be considered incredibly dangerous against a party fighting one of these Elementals. Not only does it allow for the creature’s chance of being able to hit its target to be higher than a single attack, but it also increases the amount of damage that target will take once they are hit.

This also makes an encounter with multiple Earth Elementals even more dangerous, as if they gang up on a single PC, then that character could be subject to massive damage; It could even cause a Player Character to be downed and be forced to roll death-saving throws.

Thanks to the overall nature of the creature, the Elemental has a large list of both Damage Resistances and Condition Immunities that could have been an issue to it during combat. For example, being Immune to certain conditions, such as being Paralyzed or Unconscious, means they cannot be knocked out and removed from combat without killing it.

The Earth Elemental having Damage Resistances allows the weapons attacks that manage to get through their previously mentioned High AC to do only half of the damage they normally would have if not had the resistance.

Given how the creature is made of the very ground that it often walks on when in the Prime Material Plane, Earth Elementals can burrow into any nonmagical and unworked dirt and stone and travel through the ground unhindered.

Being able to travel this way means that players who attempt to attack them could have a harder time doing so, having to roll with a disadvantage on any attack rolls made at them (Up to Dungeon Master Disgresion).

On the same note, the Earth Elemental can utilize a type of sensor known as Tremorsense, which allows them to sense vibrations on the earth within 60 feet of them, giving them a way of knowing where enemy creatures are without physically seeing them.

Due to how Earth-based creatures work, they are vulnerable to any form of Thunder Damage like Lightning Lure. As a form of flavor text into an attack made with thunder damage against them, one could imagine it as the creature being broken apart and shattered by the vibrations caused by the Thunder Damage, like this doubling any damage of that type dealt to it.

Therefore, this isn’t capable of killing it outright most of the time. Still, if encountering a high-level party with one of the party members having a weapon or spell capable of thunder damage, the Earth Elemental could be defeated easily if that specific player focuses on the Elemental.

Although these creatures are more than capable of holding their own on the physical battlefield, they are not the best when combatting spells that require an Intelligence or Charisma Saving Throw.

This means that when challenged by a spell such as a Banishment, Divine Word, or Feeblemind, the Elemental has a very high chance of failing the required Saving Throw to pass, thus being fully susceptible to the effects the spell has to offer against it.

Best uses for Earth Elementals in a Campaign

A small portion in an Army, such as a Siege or an Invasion Force.

Although this use is strictly for dramatic encounters considered major events in a campaign, Earth Elementals can attack cities, fortresses, and other large structures that a large attacking force would want to destroy.

This is all due to their function as a Siege Monster, giving them double damage against objects and structures, making it easier for the allies to the Elemental to get into whatever area they wish to get into.

When facing the party against such an invasion force, they may want to focus their attention toward the Elementals to prevent as much damage from being done to whatever structure they have to defend from the enemy group.

They will also focus on the Earth Elementals to prevent the enemies in question from gaining a foothold inside their defending structure by breaching its defenses.

A Pair of them, acting as bodyguards to a Miniboss

Given how Minibosses can sometimes be pushovers to Mid-to-High Level parties, especially when the combat strength of the party has not yet been properly gauged. A Dungeon Master would likely wish to add some extra enemies to make the fight a little more challenging.

Giving the party a pair of Earth Elementals to combat along with this miniboss is a way to do that, as their high Health Pools and high Armor Classes are more than capable of going toe to toe with such a party.

Adding in the abilities of the Miniboss themselves and any possible Legendary or Lair Actions they may have, this fight could be enjoyable for any party going up against it.

As a single combatant to test the party’s combat strength

Of course, a Dungeon master will at some point find themselves unable to properly tell if a planned combat encounter is too difficult or too easy for their party to handle, regardless of where they are within the storyline of the campaign.

As such, having the party come across a single Earth Elemental during their travels allows the party and the Dungeon Master to scale their strength against the creature.

Regardless of the timing of such a battle, the Earth Elemental can be utilized as an effective tool for the Dungeon Master to build and tweak any future combat encounters that will need to be made or fixed. This method of use also gives the players in the party a sense of accomplishment, depending on how long it took to win the battle.

Through all the different methods described above, the Earth Elemental is a formidable foe for a party to face up against. Whether as part of a larger-scaled army or as a single opponent to scale the character’s strength for future combat encounters.

The Elemental is more than capable of being used for any of these uses without much of an issue regarding their capabilities on the battlefield. It is recommended to utilize these creatures when the campaign has a place for them to fit in properly.

If you are building an earth bender make sure to read our Mold Earth and Move earth guides too!

If the Earth Elemental only understands Terran, how can my character give it commands when using the Conjure Elemental spell?

Regardless of the type of Elemental summoned with this spell, they can understand the language of their summoner, making it possible for the summoner to issue commands to the elemental.

Could I, as a player, learn Terran to communicate with the Elemental?

If the Dungeon Master allows your character to do so, then yes, they can. Of course, there is also the Comprehend Languages spell, which can also be used when communicating with any Elemental.

Can a Health Potion heal an Earth Elemental?

Simply due to how potions work within D&D and the fact that the Earth Elemental is pure rock, the answer to this question is no, they cannot be healed with a Health Potion.