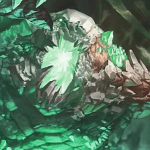 Spells that control the elements of the world around them can be quite powerful, regardless of what type of spell caster they are. However, even Druids have to start at a base level with their control of nature.

So while a Spellcaster focused on controlling nature would want to get right into controlling trees and other plant life to their bidding, they must at least start with forming and Molding the Earth to their whims. Thus, the topic of this article; Mold Earth. Other Guides that might interest you are Shape Water and Move Earth. So be sure to check them out when you are trying to build an elemental wizard!

Contents hide
What is Mold Earth 5e: mechanics and requirements
Attributes
Mold Earth description
Advantages and drawbacks
Advantages
Disadvantages
Best uses for Mold Earth 5e
1. As a distraction while the Caster is Sneaking.
2. Traps that cause enemies to slow down or lose their footing.
3. To aid the party by changing the type of terrain.
Advice and final thoughts
Mold Earth Spell FAQ
Can I use Mold Earth to move 6 squares of material, or does it have to be a literal 5 ft. cube of material?
Can the 5 ft. of difficult terrain formed by Mold Earth be cast multiple times through extra actions, making a 10 by 10 square of difficult terrain?
Does Mold Earth 5e allow the caster to effect stone in any way?
Related Posts:

What is Mold Earth 5e: mechanics and requirements

You choose a portion of dirt or stone that you can see within range and that fits within a 5-foot cube. You manipulate it in one of the following ways:

If you cast this spell multiple times, you can have no more than two of its non-instantaneous effects active at a time, and you can dismiss such an effect as an action.

With the way that the spell is currently written within Published Media, Mold Earth only requires a Somatic component; no speech and materials are needed. This makes it super easy to cast, and even more usable than it would have been having the spell been restricted by a physical material being needed to be able to cast the spell.

Not only does the previously mentioned lack of a physical material allow for more castings of the spell from a player who has the spell, but given how it is a cantrip, the spell has no limitation from the spell slots either. This makes the Mold Earth Spell a very easy spell to both cast and utilizes when the caster chooses to do so.

There are a total of three different ways that the spell can be utilized when it is being cast; Digging up and moving a 5 ft. cube of dirt to anywhere within range and 5 feet from the chosen position, various shapes, colors, or both in the dirt for up to an hour, and/or changing a patch of earth into difficult terrain.

All three of these uses can help the party both within and outside of combat, though most of the uses are better suited for combat. The third use, however, can help before or during a battle, which will be described later in greater detail.

As the spell is written, no more than two of the spell’s effects (Non-instantaneous) can be active at one time. This means, as an example, a Caster could have a written warning in the dirt in front of a chokepoint that enemies would have to travel through, followed by a patch of rough terrain at the other side of the chokepoint.

This slows the enemies down and making them easier to attack either from range or within Melee range, depending on where the other members of the party are in this example.

Although the spell is incredibly useful in the terms of being a utility spell, none of the spell’s effects can directly damage enemies, meaning that some players would rather seek out more damage cantrips than this spell. They would use this spell less often if they happened to already have cantrips capable of damaging the enemies encountered during the campaign. And then abandon the spell altogether once they have Spell Slots they can use for more powerful spells.

There are two effects of the spell that can be chosen that are not permanent changes to the environment, and only last up to an hour. Now, this is not an issue during combat, since a single round of combat is generally 6 seconds and would take a party forever to even reach an hour in a combat encounter.

However, outside of combat, it can be limiting, since the caster could want to leave a message for a person to see while they take a short/long rest, or they were depending on the Difficult Terrain that they could set up with the spell to provide a decent barrier while they took the same short/long rest.

1. As a distraction while the Caster is Sneaking.

Although making the terrain under a hostile NPC’s feet difficult or writing a message that would insult them, the first listed use of the spell is the best suited for stealth.

Since the material chosen by the caster to be moved would make noise, a player could use this to their advantage by making a guard or enemy that is actively seeking them out search for the source of the noise created by the magically moved dirt.

This would give the player and the rest of their party a small window of opportunity to stealthily move past the NPC in question, avoiding a combat encounter that would have caused more problems for the party down the road than the fight would have been worth.

2. Traps that cause enemies to slow down or lose their footing.

Since there is no ruling against using the effects of the spell on terrain that an enemy is standing on, the spell can be utilized to change their area into difficult terrain. This factor makes it harder for whatever hostile NPCs are within that area to move out of it.

This also gives the player characters that are allied to the caster an easier chance to be able to approach the enemies and hit them within melee range, or just shoot at them with any form of ranged attack they may have.

3. To aid the party by changing the type of terrain.

There is actually a part of the final effect that had not yet been discussed up to this point. The third effect that can be chosen for the spell to be used doesn’t just change standard terrain into difficult terrain but can also do the reverse action.

That way, if an enemy has somehow gotten a player character trapped within a small area of difficult terrain, or there is difficult terrain between the players and their destination. The caster can then use the spell to temporarily fix the problem, giving them all an easier time to move to where they wish to go, either in or out of combat.

While the spell has its utilitarian uses both in and outside of combat encounters, it would easily be left behind, or even off of a player’s spell list altogether.

This is the case when the player who can use it either chooses to ignore it and focuses on using other spells that hold a higher usage for them in battle or just as an overall more useful spell than Mold Earth.

They would also just pass it up completely for cantrips that they find to be more useful for their build.

On its own, the spell can indeed be useful to those who choose to take it, making things easier for the party to handle and preventing the movement and combat capabilities of any enemies encountered.

Mold Earth is an overall average spell that has its interesting uses once someone chooses to look into how to implement them.

Can I use Mold Earth to move 6 squares of material, or does it have to be a literal 5 ft. cube of material?

Since the Range/Area portion of the spell’s stats list it as a range of 30 feet away from the caster, and a 5 ft cube area, the correct interpretation would indeed be the literal 5 ft. cube of the chosen material.

Does Mold Earth 5e allow the caster to effect stone in any way?

Unfortunately, the spell does not allow the caster to do anything to solid stone. As an example, the best that could be done is to use the first effect of the spell to move the dirt under a large stone, making a hole that could move the rock out of the way of an area where the party would be trying to get to.