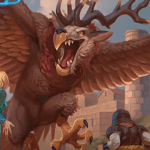 Greetings, Wizards, and enjoyers of the magical arts. I am not sure why I keep coming back to obscure spells and cantrips, but there just is something about them that appeals to me. So today, the blog is profoundly diving into the cantrip Dancing Lights 5e.

The goal today is to find out if you should choose Dancing Lights as a cantrip, how it works, and the best situation to use this spell. Most of this is based on my experience as a player, but we have also asked for feedback from some expert DMs.

Ps: We just looked at the Infestation Cantrip if you are into more obscure spells in DnD that are not picked often by players.

What is Dancing Lights

The material used for Dancing Lights is 1) Phosphorus, 2) Wychwood, or 3) a glowworm. The easiest of these are phosphorus and Wychwood. Unfortunately, glowworms perish quickly and are a bit of a hassle to carry around.

When you cast Dancing Lights, you create up to four torch-sized lights within range (120 feet. These lights appear as torches, lanterns, or glowing orbs that hover in the air for up to 1 minute.

You can also combine the four lights into one glowing, vaguely humanoid form of Medium size. This form resembles a Specter of Light. Whichever form you choose, each Light sheds dim Light in a 10-foot radius, meaning you can use this to see in the dark.

As a bonus action on your turn, you can move the lights up to 60 feet to a new spot within range. However, unlike illusion spells, the Light does not appear to walk but simply moves without animation.

A light must be within 20 feet of another light created by this spell; when you go out of range, the Light simply goes out.

Scales with creativity: since the Dancing Lights cantrip is a utility spell and does not deal damage, you will need to be creative to make use of it in a combat situation. Thanks to the fact that the spell is pretty versatile, an innovative, experienced player (or DM) can get a lot of use out of it.

Decent range: the range of the cantrip is 120 feet. That places Dancing Lights 5e amongst the spells and cantrips with a medium-long range. Ideal for wizards, sorcerers, artificers, and bards who want to stay as far away from the battle as possible or target airborne creatures like a Bone Devil.

Unfortunately, that is about it for the pros. So there is not much to say in favor of picking this cantrip for your character in 5e DnD.

Materials needed: As you probably know, I am not a fan of spells that use materials. If you are robbed or stripped, you suddenly lose access to a massive amount of your power, and you always need to remember that you should restock your material.

No damage: unfortunately, it is hard to justify picking a cantrip that does no damage at all and has such niche purposes. You will be forced to choose a spell that deals a good amount of damage to make up for this underwhelming effect if you do decide to pick Dancing Lights.

Short duration: the cantrip only lasts up to one minute. I m not sure why it is so short, as the effect is already feeble. I would suggest you homebrew this to 5 minutes if you want to give it a slight – almost non-consequential – buff.

Concentration: Dancing Lights is a concentration spell. So you won’t be able to use it as freely as you want during a fight. Your concentration is much better spent on other spells or actions than this.

My favorite way to use Dancing Lights is to communicate messages with your allies and party members. Make sure you discuss a couple of secret shapes with a message behind them. For example, an orb means to attack, and a triangle means to fall back. This way, you can quickly communicate over large distances and leave your enemy non the wiser, even if they can see the lights. The lights can also work as a silent alarm.

Since the Dancing Lights cantrip can take a humanoid shape, you can use the lights to distract your enemies and trick them into an ambush or waste an action attacking your spell. However, remember that you can not naturally move the humanoid shape like you can with an illusion.

Get an advantage fighting in the dark

A niche – but useful – use is to illuminate the spot where your enemies are while you are fighting in the darkness. Thanks to the range of 120 feet, you can just stay in the darkness while using long-range attacks on them. Since you are still in the darkness, your enemy will have much more difficulty retaliating.

If you are looking for a strong cantrip that will become your go-to spell in combat, Dancing Lights is not it. While there are some niche uses for the spell, you will not be able to rely on it a lot.

If you want to make a more original build that uses underrated magic and is not going for a maximum DPR, you might consider taking this one, but only if you know how to make the most of it. For example, you should only use Dancing Light on a supporting character and not on a frontliner in 5e.

If we missed any great uses for Dancing Lights, or if you don´t agree with our assessment of the spell, feel free to let us know!

Is Dancing Light 5e worth picking?

For most players Dancing Lights is not worth considering. There are much better cantrips to choose from, and the number of applications the spell has is limited. However, if your DM enjoys dark settings, you might want to consider picking it but only if you are a creative player.

Is Dancing Lights a concentration spell?

Yes, the spell is a concentration spell.

How long do Dancing Lights last?

The duration is one minute, which comes down to about ten rounds. However, you can cut the spell short by dispelling it or have it cut short if your concentration is broken.

What is better: Light or Dancing Light?

While the spells have different purposes and pretty different effects, we can still make a comparison between the two. Light is mostly used to give your character who does not have Darkvision a way to fight in dark areas, while Dancing light only provides a dim light which is much more malleable. Generally speaking, Light is the better spell of the two and a must-have for characters who do not have access to darkvision. On the other hand, Dancing Lights is underpowered and a cantrip gimmick in most campaigns.