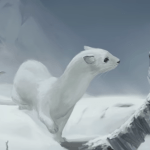 A new day, a new spell! Surprisingly enough, Gust 5e is one of those cantrips nobody really cares about or even knows it exists. Quite a shame, as this magical attack has pretty decent potential for players who can think on their feet and use their surroundings to their advantage.

This guide will give you a brief overview of how Gust works in 5e DnD, what classes can use it, the ups and downsides of the cantrip, my experience in using the spell, and a few decent use cases you might want to try yourself. Of course, if you are a DM, you can also give Gust to a homebrew character and use this guide to optimize it.

Contents hide
What is Gust 5e?
Pros
Cons
How to make the best use of Gust?
1. Counter other spells
2. Move ships when there is no wind
3. Kick up debris, leaves, and other things that distract
4. Push enemies over cliffs and walls
5. Clear the paths or push into traps
What to take away from this guide
Gust 5e FAQ
Can you target yourself with gust 5e?
What is the wind speed of Gust in 5e?
Can Gust put out flames in DnD?
Related Posts:

When you cast the Gust Cantrip, the following happens: You speak the magic words and make the magical hand gestures, and you seize the air and compel it to create one of the following effects at a point you can see within range:

The effects of Gust are all control based and do not have any base damage. However, you should not underestimate just how potent a cantrip is that can push away creatures or move objects into the air. To make the most out of the Gust in 5e, you will need to think about a few use cases before you pick it; next, make sure you ask your DM what the terrain looks like.

Three classes can cast this cantrip: the druid, the wizard, and the sorcerer.

How to make the best use of Gust?

There are quite a few spells that this cantrip can counter. The most obvious one would be Cloudkill 5e. When your opponent casts this, a gust of wind can redirect the poison cloud away from you, rendering the spell much less effective or even useless. There are a couple of other spells where this works, too; think about fog or maybe even poison spray.

2. Move ships when there is no wind

If you are looking for an original way to make some money in Dungeons and Dragons, then helping out ships on a wind still day is a very profitable endeavor. Gust in 5e DnD is quite strong, and if you blast enough wind into the sails of a small ship, they can move from their position or go much faster.

3. Kick up debris, leaves, and other things that distract

If you want to sneak past an opponent or need a quick impromptu distraction for that annoying helmed horror, you can use Gust to kick up some leaves and rocks to give the impression an enemy is lurking around a bit further. The range of the spell is 30 feet, so you can get the monsters quite far away from you. After this, you can sneak past, run away or attack them.

4. Push enemies over cliffs and walls

A pretty obvious use but quite rare. Pushing enemies over cliffs and walls is an excellent way to damage or kill them. However, how often are you fighting near a cliff or a wall? I have put it on the list as it is one of the most obvious and potent ways to use Gust, but it is pretty rare to be possible.

5. Clear the paths or push into traps

Is a Bone Devil standing in your way, or is a bandit captain just walking past your carefully laid trap? Just gently push them toward where you would like them to go! Remember that your target can make an STR save and has to be small or medium-sized. If it rolls a passing saving throw or is large and above, the spell will have no effect.

What to take away from this guide

If you are a creative player and you already have a cantrip that deals reliable damage like frostbite, you might want to consider a utility spell like Gust. A couple of unique uses for the gust 5e cantrip make it a valuable addition to a wizard that needs some creative spells.

Gust is a medium to a strong cantrip, but only if you use it as a supporting spell and have experience in thinking creatively. You will not be able to use it every fight or situation, but when you can use Gust, it is often a fantastic way to change a situation to your advantage.

Can you target yourself with gust 5e?

Yes, you can target yourself with Gust. You can push yourself 5 feet in any direction. However, it is important to remember that you must be a small or medium creature, so the cantrip won’t move a massive goliath. In my opinion, you also need to pass an STR check, but that is optional.

What is the wind speed of Gust in 5e?

Most authors put the wind speed of Gust in 5e at around 50 miles (or 80 km) an hour. This is a strong gust but, in my opinion, not enough to move a creature 5 feet. In my campaigns, a gust of wind goes 90 miles an hour.

Can Gust put out flames in DnD?

Some flames can be put out by gust 5e. However, some will not be extinguished. Flames that are easily extinguished by the cantrip are lit candles, small fires, and torches. However, protected flames like those in a lantern only have a 50% chance to be extinguished: throw a d20, and if 11 or above, it puts out the flames. Some flames are too large to be put out, like when a house or wagon is burning.