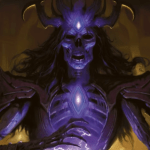 Wizards and sorcerers, did you enjoy Avatar and the powers of Aang? If you did, Gust of Wind 5e is the perfect spell to bring out your inner airbending powers and fight the many monsters you can encounter in the world of DnD!

This guide will teach you the basics of how Gust of Wind works and the best uses, and go into detail if it is worth picking! If you are a fan of wind-related spells, check out our Gust 5e cantrip guide!

Contents hide
What is Gust of Wind 5e?
Effect
Pros
Cons
Best Gust of Wind Uses
1. Pushing creatures and objects
2. Slow down or speed up targets
3. Counter certain spells
4. Mess with projectile
5. Make the flames go out and bring darkness
Advice and Conclusion
Gust of Wind FAQ
Is picking Gust of Wind worth it?
What wind spells are there in DnD?
Can you use Gust of Wind on yourself?
Related Posts:

What is Gust of Wind 5e?

The classes which can cast Gust of Wind in 5e DnD are the Druid, the Sorcerer, and the Wizard.

When you cast the spell, a line of Strong Wind 60 feet long and 10 feet wide blasts from you in a direction you choose for the spell’s Duration.

As a bonus Action on each turn before the spell ends, you can change the direction in which the line blasts from you.

As you can see, the spell is a bit stronger than the cantrip Gust but does not have all the effects the cantrip has. Therefore, they can be used on the same character. However, I would choose one or the other.

Good range: the range of Gust of Wind is enough to make it useful in a ton of situations. Sixty feet is quite far, and the fact that it is 10 feet wide only adds to the potency.

Powerful effects: A powerful Gust of Wind is useful if you know how to use the spell to its full potential. You can extinguish flames from light sources such as candles and torches. If you have darkvision or the area is heavily obscured due to the lack of light and have an advantage thanks to dancing lights, you will have much better odds at victory.

STR saving throw: STR saving throws for spells are rather rare. So having one of these at your disposal is a great way to ensure you can take advantage when you fight a monster with low STR, like the Shadow Demon.

Great for creative players: While Gust of Wind does not deal damage, you can utilize many useful effects to get the most out of the evocation. If you have experience using Gust or other magical attacks that do not deal damage, you know how potent a spell like this can be when used right.

Needs materials: really Wizards? Why does this evocation need material to cast it? While they are easy to get, it means you can no longer use the spell when you are held in a dungeon or don’t have your supplies.

No damage: I would have liked to see this spell do a little damage. The power of the wind heading toward the target is pretty strong, so even just one hit point of damage would have been cool and justifiable.

One of the more obvious ways to use the Gust of Wind is to blast away creatures and objects. Are a couple of Kobolds approaching on a mountain path? Just blast them away and be done with them! Thanks to the fact that you get a ten feet-broad spectrum to work with, you can bring down multiple of them. The same goes for stones that you want to throw below in mass. If you are attacking – or defending – a fort, you can throw down many enemies from the walls if you wish to do so. You can also make money in 5e by pushing ships in the harbor with no wind.

2. Slow down or speed up targets

Gust of Wind evocation can slow down targets quite a bit, unlike Gust. However, don’t forget that you are fighting in 3D space and thus can attack airborn creatures and objects too.

When you see a monster swooping down to attack, or you want to catch an ally falling from above and reduce fall damage, this spell comes in handy. You would be surprised how often you can use this effect to your advantage during a fight!

Are you being targeted by a spell like Cloudkill? The wind produced by Gusts of Wind can do away with the gas and potentially save your party. But, of course, it can also blast the spell right back at the caster or his allies. There are quite a few spells you can counter this way. Arguably, it is possible to do away with a defensive spell like a wall of water.

Thanks to the decent range and wide effect of the evocation, it is possible to counter and make the effect of projectiles much less potent. For example, imagine being targeted by a great deal of Magic Stones. When you want to protect yourself against these, you can cast Gust of Wind and make their speed (and arguably range) much less.

5. Make the flames go out and bring darkness

Do you have a build like a wood elf with darkvision, or is your opponent just plain bad at fighting when the lights are out? Then you can use this spell to make the flames of candles and lanterns go out. Additionally, you can also stop fires from spreading or make them spread!

As is often the case with spells that do not give a direct buff or deal obvious damage, you need to be creative to get the most out of them. Unfortunately, the Gust of Wind Evocation is no exception to this rule. However, when you know how to get the most out of your surroundings and know a thing or two about physics, you can make this spell strong and useful in plenty of situations.

Make sure you think about potential uses for Gust of Wind before you pick it so you can make optimal use of it when the situation calls for it.

Is picking Gust of Wind worth it?

There are many options for your level 2 spell slot; Gust of Wind is not a must-have for a Wizard, Sorcerer, or Druid who wants to maximize their damage output. However, if you are going for a fun campaign where you can do crazy gimmicks and are a creative person, Gust of Wind is worth it.

What wind spells are there in DnD?

There are 14 wind spells and spells related to the element of wind and the air. These are in order of level: Gust, feather fall, warding wind, whirlwind, dust devil, Gust of wind, gaseous form, stinking cloud, wind wall, cloudkill, control winds, investiture of wind, wind walk, and control weather.

Can you use Gust of Wind on yourself?

The spell comes from you, so it is hard to target yourself with Gust of Wind without stretching the definition. One way is to use it when falling to the ground and make it break your fall. While this does not explicitly target you, it magically moves your character.